One of the best ways to understand our brain, which is essentially a complex network, is to draw a comprehensive map of nodes and neural connections in the brain (known as a connectome). To advance research in this area, a team at the Centre for Cognitive and Brain Sciences (CCBS) of the University of Macau (UM) has been working on several projects, including the creation of a connectome that shows the cross-species alignment of brain areas in humans and macaques. 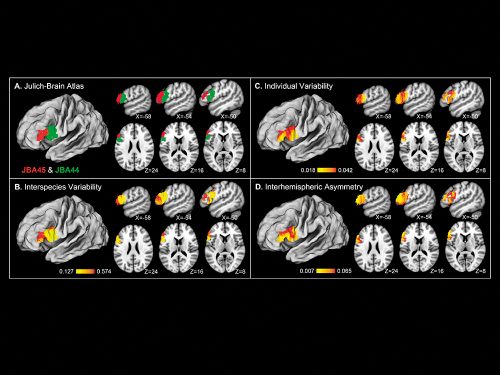 How the Brain Works

‘Every brain region plays a different role, but at the same time neurons in the same region and throughout the brain communicate with each other by sending bioelectrical and chemical signals, so that the functions of different brain regions are integrated to make cognitive abilities possible,’ says Yuan Zhen, head of CCBS and professor in the Faculty of Health Sciences. 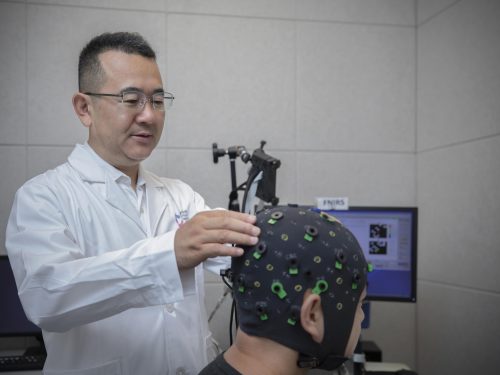 Thanks to recent advances in image scanning and analysis, scientists have created connectomes of different mapping schemes, such as gene expression, cytoarchitecture, connection, and function, and at different scales, including molecular, neuron, neural circuit, and the whole-brain network, in a variety of animals such as humans, macaques, and rats of different genders and ages. ‘Connectomes are remarkable tools that can help us gain insights into the mechanisms of brain activities,’ says Prof Yuan, who adds that scientists have created connectomes specifically for cross-species brain research.

What is the purpose of cross-species brain research? ‘We study different animals, including other primates with whom we have a common ancestor, in order to explore how humans have developed high-level cognitive abilities, including the ability to speak, during evolution,’ says Prof Yuan.

Nevertheless, the number of cross-species connectomes is still very limited, and the methods to create them have yet to be fully developed. One of the reasons that such connectomes are difficult to create is that it is hard to determine which brain areas of two species are homologous – that is, whether they evolved from the same structure. There are also challenges in defining the boundary between these different homologous areas based on connectional attributes.

Over the past few years, Prof Yuan’s team made several breakthroughs in connectome research, moving towards mapping the brain at the whole-brain level. In one of their projects, they studied the Broca area of humans and macaques to find out their similarities and differences in structural connectivity, which denotes the physical connections between neurons. 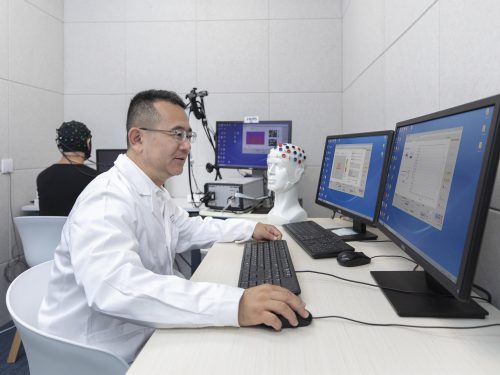 The Broca area plays a key role in language production. It is located in the prefrontal cortex and consists of two parts, namely the pars triangularis and the pars opercularis. The area was named after Paul Broca, a 19th-century French physician, neurobiologist, and anatomist. Two of his patients lost their ability to speak after injuring their frontal lobe but could understand others’ conversations. This prompted Broca to undertake in-depth studies that suggested that different regions of the brain have different functions, contrary to the prevailing view at that time that all parts of the brain are essentially the same in terms of their functions. Broca’s argument, later known as cerebral localisation, had a profound impact on the development of brain research.

When two species have certain parts that share a common evolutionary origin, these parts are called homologous. Prof Yuan’s team identified 23 pairs of homologous bundles of nerve fibres (nerve tracts) in the Broca area between humans and macaques at the voxel level, after analysing MRI data from overseas brain atlases. In other words, they discovered mapping relationships between the voxel-level tracts in the Broca areas of the two primates. 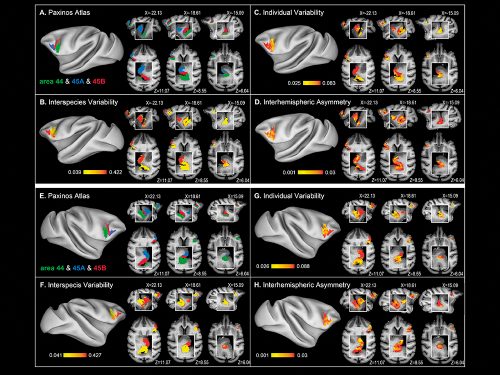 The left and right brains differ in morphological attributes, connection, and function, a phenomenon known as ‘hemispheric asymmetry’ or ‘lateralisation’, says Prof Yuan. Their team also investigated how much these homologous tracts differ in the left brain from those in the right brain. The researchers found that variabilities in the brains of humans and macaques are smaller in the pars triangularis than in the pars opercularis. 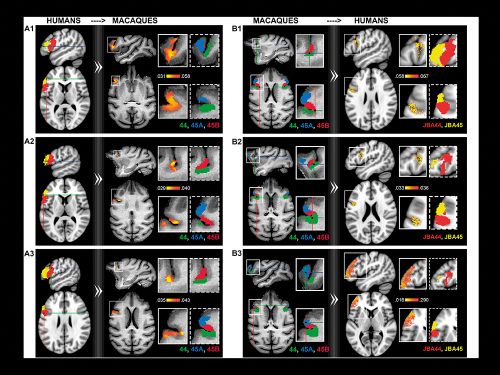 To further advance connectome research, it is important to create more accurate maps that define specific areas of the brain (i.e., parcellations). To tackle this issue, Prof Yuan’s team has developed two parcellations of humans and macaques. ‘With the parcellations and our other research outcomes, we are steadily advancing towards the creation of a cross-species connectome at the whole-brain level,’ he says. ‘We will continue to investigate the neural mechanisms underlying language abilities in several projects, including mapping the brain at different scales. Breakthroughs in these fields will not only help us treat brain diseases and develop smarter technologies, but also figure out what makes our species so unique.’