Substance or behavioural addiction is not a personality flaw, but a brain problem. To study how gaming and gambling change the brain, members of the Centre for Cognitive and Brain Sciences (CCBS) at the University of Macau (UM) have analysed numerous brain scans of addicts over the past two years to inspire new approaches for the prevention and treatment of behavioural addiction. 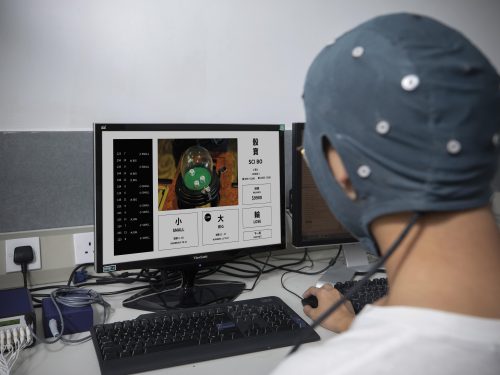 At UM, Anise Wu, associate dean (research) of the Faculty of Social Sciences and professor in the Department of Psychology, is leading a research project titled ‘The Neurocognitive Mechanisms of Gaming and Gambling Addictions’. ‘Addiction is our inability to stop doing something that can harm us,’ says Prof Wu, a member of CCBS. ‘When people try to stop their addictive behaviours, they may easily relapse because their brains have adapted to craving such behaviours.’ 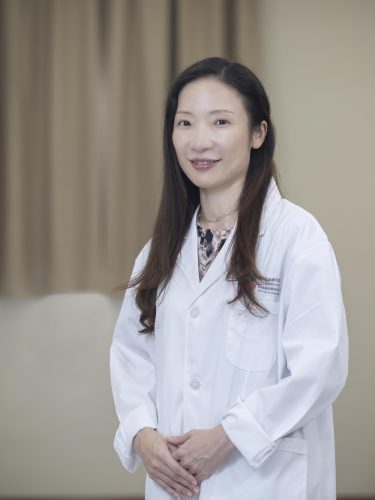 Prof Wu says there is a large body of research on addiction to substances such as drugs and alcohol, and in recent years there has also been a growing interest in behavioural addiction.Gambling addiction, also called gambling disorder or compulsive gambling, has long been included in formal disease classification systems, while gaming disorder, also known as gaming addiction, was not included in the International Classification of Diseases until the 72nd World Health Assembly in 2019. Many studies suggest that these two types of addiction are closely linked.

Prof Wu adds that Macao is an ideal place to study gaming and gambling addiction given the city’s long‐standing casino and entertainment industries. ‘Our research project has two major goals: to study the neuroplasticity mechanisms underlying addiction, and to investigate the interplay of various environmental sensory influences on addictive behaviour,’ she explains.

A Hijacked Reward System in the Brain

What can brain scans tell us about addiction? According to Prof Wu, the brain’s reward system is involved in both substance and behavioural addiction, and the neurotransmitter dopamine plays an important role in this system. ‘When you receive a stimulus, such as eating a dessert or winning a game, an area in the midbrain produces dopamine. Dopamine goes through neural signalling pathways to different areas of the brain to give us a feeling of satisfaction and create memory of that feeling,’ she says. The reward system motivates us to eat, reproduce, and perform other vital tasks. ‘Having lower levels of dopamine makes us lose motivation and concentration,’ she adds.

The problems come when we consume substances or engage in activities that cause a rapid and excessive production of dopamine. In the beginning, we may feel satisfied, but then connections between the neurons among our brain areas will be altered to make us accustomed to the stimulus from these substances and activities. The result is that we will crave more and more of the same stimulus just to keep the same level of satisfaction. ‘Once the stimulus from the addictive substance or behaviour stops, the addicts become depressed and would have many other health problems,’ she says.

In 2020, Prof Wu’s team launched a pilot project. In a preliminary study on poker games, the team found that the brain’s reward system was activated when risky decisions were made and won. Compared to healthy individuals, people with repetitive gambling behaviours showed a lower activation level in the reward system. This could explain why people with addictions seek more and stronger stimuli than others.

The researchers also found that certain brain areas associated with the reward system were activated in addicted gamblers when they were waiting for the outcome of a bet, a response not observed in other people’s brains. ‘This may mean that addicts crave not only for the rewards of a bet, but also the process of betting and waiting for a potentially rewarding outcome,’ says Prof Wu. 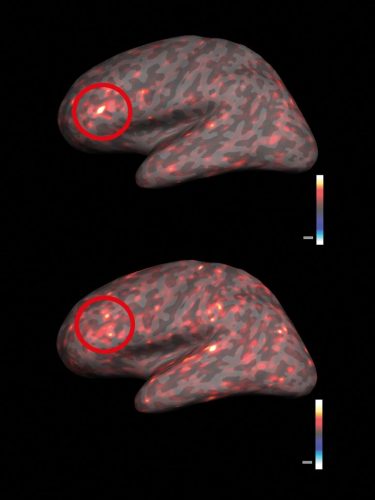 In early 2021, Prof Wu’s team, in collaboration with the S.K.H. Macau Social Services Coordination Office, began to collect data and recruit people with online gaming or gambling habits and others for the research project. The brains of the research participants were scanned with a functional magnetic resonance imaging system (fMRI, a technique that measures brain activity by detecting blood flow) while they performed a range of decision‐making tasks. Interviews and questionnaires were conducted to understand the differences in cognitive functions such as decision‐making and inhibitory control among people with different levels of addiction.

Prof Wu expects that most participants will have their brains scanned multiple times over the two‐year data collection period, so that researchers can understand how gaming and gambling addiction evolve and identify biomarkers that can potentially be used to determine the level of addiction. Researchers also used eye trackers and other tools to see if visual stimuli (e.g. different levels of lighting and different ways to display previous gambling results), sounds, and smells in the environment where people play games or gamble have different impacts on the development of behavioural addiction.

As the gambling industry continues to grow rapidly across the Asia‐Pacific, online gambling and gaming are also becoming more common worldwide. Prof Wu therefore believes that the research project will not only benefit the local community, but also provide useful data for experts and institutions around the world. Through this project, the research team has established a long‐term partnership with the S.K.H. Macau Social Services Coordination Office. They not only recruit participants for the study, but also have plans for knowledge sharing and collaboration to further develop community education programmes and intervention services. 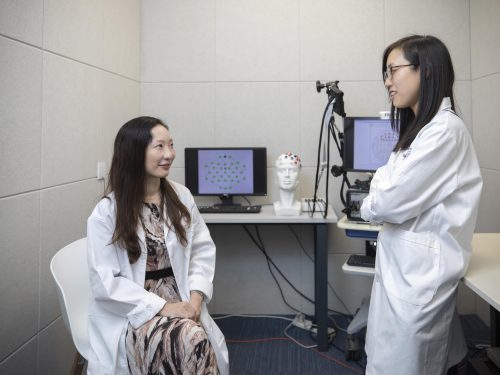