The brain defines who we are, controlling all our feelings, thoughts, and behaviours. To unlock its secrets, members of the Centre for Cognitive and Brain Sciences (CCBS) under the Institute of Collaborative Innovation (ICI) at the University of Macau (UM) are advancing some multidisciplinary research projects. While the tasks may seem daunting, the researchers are motivated to expand existing knowledge of cognition and the brain. The brain is our most complex organ. The average adult brain weighs only 1.5 kg, about 2 per cent of our total weight and as heavy as a bowling ball, but it expends about 20 per cent of our body’s energy. As you read this sentence, hundreds of billions of neurons in your brain are being activated to send bioelectrical and chemical signals to each other. These complicated signal transmissions allow us to receive and interpret visual information from our eyes, recognise words, put them together into a sentence, understand it, and form memories of it. Knowledge of the brain has given rise to many technologies for detecting and treating brain diseases and has inspired computational methods such as artificial neural networks.

Despite much progress, deeper questions, such as the origins of high‐level cognitive functions, memory, and self‐consciousness, remain a mystery. In 2020, the World Health Assembly recognised that epilepsy and other neurological disorders are the leading cause of disability‐adjusted life years (which combines years of life lost due to premature mortality and years of life lost due to time lived in states of less than full health) and the second leading cause of death worldwide. However, the pathogenesis of many of these disorders is still unknown, leading to failure after failure in drug development.

In search of breakthroughs in cognitive mechanisms, brain diseases, brain-inspired artificial intelligence, and other fields, the United States, the European Union, Japan, and other countries and regions have launched long‐term and large‐scale programmes. In 2021, China put forward the Science and Technology Innovation 2030 ‐ ‘Brain Science and Brain‐Like Research’ Key Programme to support cutting‐edge studies across the country.

Bringing Together Experts in Different Fields

Founded in 2017, the ICI supports multidisciplinary research and the training of innovative professionals in collaboration with institutions in Macao, in the Guangdong‐Hong Kong‐Macao Greater Bay Area (GBA), as well as across China and overseas. As part of the ICI, CCBS is dedicated to multidisciplinary projects that bring together expertise from all UM faculties and institutes. ‘Every thought and action originate in the brain, so CCBS projects go beyond natural sciences to include arts, humanities, social sciences, law, education, business administration, and other fields,’ says Yuan Zhen, head of CCBS and professor in the Faculty of Health Sciences. 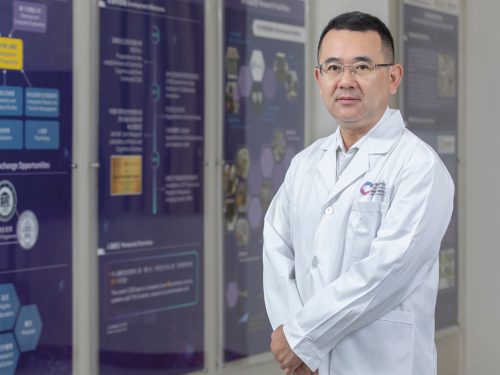 According to Prof Yuan, the advanced facilities and extensive multidisciplinary collaboration enabledCCBS members to publish more than 250 articles in academic journals over the past two years, including leading titles such as Cerebral Cortex, Neuroimage, Cortex, Cognitive Neurodynamics, Materials Today Bio, and Clinical and Translational Medicine.

Many CCBS projects are closely aligned with Macao’s priorities. For example, to study how gaming and gambling alter brain structures and functions, CCBS members have produced numerous brain scans of addicts to inspire new approaches for the prevention and treatment of behavioural addiction. The research project titled ‘The Neurocognitive Mechanisms of Gaming and Gambling Addiction’ is led by Anise Wu, associate dean of the Faculty of Social Sciences and professor in the Department of Psychology. All project participants have their brains scanned multiple times over a period of two years for data collection, so that researchers can understand how gaming and gambling addiction evolve over time and identify biomarkers that can be used to treat or determine the level of addiction.

In another key project, researchers are analysing multilingualism in Macao to reveal brain network activity associated with language use. They have recruited residents to speak, read, listen, and write in Chinese (Cantonese and Mandarin), English and Portuguese, as well as to perform cross‐linguistic tasks such as interpreting. The project’s principal investigator is Prof Li Defeng, associate dean of the Faculty of Arts and Humanities and director of the Centre for Translation, Interpretation and Cognition. According to Prof Li, the project aims to discover how the use of different languages affects executive functions and to build a surface‐based brain atlas database that will be open to researchers around the world. 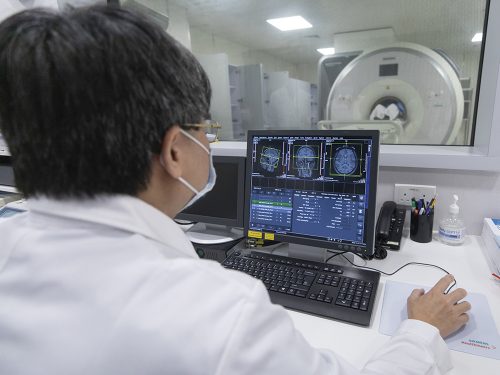 The brain of a research participant is being scanned at UM

The relationship between language and the brain is another key area of research. By comparing the brains of humans and macaques, Prof Yuan’s team discovered over 20 sites at the voxel level that are likely to have a common evolutionary origin in Broca’s area, which plays an essential role in human language production. ‘This discovery is an important step towards creating a cross‐species map of brain networks,’ says Prof Yuan.

Many CCBS projects focus on neurocognitive disorders. For instance, Zhao Yonghua, interim associate head of the Macau Institute for Translational Medicine and Innovation and assistant professor in the Institute of Chinese Medical Sciences, together with Prof Yuan, analysed the negative impact of the increase in Ruminococcus gnavus, Lachnospira eligens, Escherichia coli, and Desulfovibrio piger in the gut microbiota on cognitive functions of the elderly. ‘This can help us evaluate the risk of neurocognitive disorders, such as Alzheimer’s disease, in the elderly,’ says Prof Zhao.

Meanwhile, a CCBS research team has developed various brain‐computer interfaces. Members of the team have won championships in international and national brain‐controlled typing competitions and have even set a world record. The team is led by Wan Feng, associate professor in the Department of Electrical and Computer Engineering. For more than a decade, Prof Wan has developed BCIs based on different types of visually evoked potential (VEPs) and designed new algorithms to accelerate the connection between humans and computers. For instance, his team is currently developing more efficient ‘plug-and-play’ BCIs. 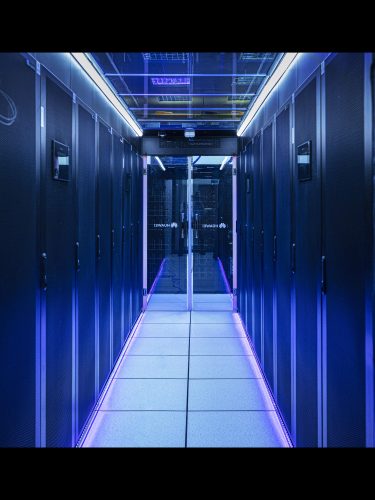 On the other hand, Zhang Juan, interim director of the Centre for Early Childhood Education and Child Development and associate professor in the Faculty of Education, is leading her team to study child development, brain, and language cognition, including the brain of children with dyslexia and autism. One of their studies using ERP technology shows that Chinese children with autism were less sensitive than normal children to changes in the stress of English words. In addition, the brain’s right hemisphere is found to be more activated in children with autism than the left hemisphere. ‘These findings can provide theoretical references and directions for interventions for children’s behavioural problems,’ says Prof Zhang.

CCBS members also explore topics such as the role of the hormone oxytocin in our ‘self‐other distinction’, the development of a nanoparticle that helps detect gliomas by carrying drugs through the blood‐brain barrier to tumours, the activity of brain regions of native Chinese speakers when they try to interpret valid and invalid Chinese compound words, as well as the functional connectivity between brain regions when people perform different transitive inference tasks or act dishonestly.

Training the Next Generation of Neuroscientists

UM not only promotes multidisciplinary research among faculty members, but also maintains strong partnerships with many institutions. For example, UM and the Institute of Biophysics (IBP) of the Chinese Academy of Sciences established a joint laboratory for cognition and brain sciences in 2019 to promote research and training across the GBA. Through collaborating with other institutions, CCBS nurtures the next generation of cognitive neuroscientists and professionals by providing students with multidisciplinary training and access to research facilities. Many PhD students conduct research under the supervision of CCBS members, while those enrolled in the joint PhD programme of UM and IBP are trained by faculty members from both institutions.

In the 2022/2023 academic year, CCBS launched the Master of Science in Cognitive Neuroscience programme, to train students with innovative approaches for exploring brain functions in terms of neurolinguistics, neuroeducation, neuroeconomics, neuroimaging, and brain‐inspired intelligence. The programme also aims to help students understand and integrate interdisciplinary research findings and tools for the study of mind, brain, and behaviour.

Prof Yuan is confident that UM’s portfolio in cognitive and brain research will benefit the Macao community in the long run and will gain further recognition in international academic circles. ‘Each of CCBS’s research projects will hopefully shed some light on the brain’s mystery. The question “Who are we?” is not only a philosophical question, but also very much a scientific one. It matters to everyone and deserves our relentless search for answers,’ says Prof Yuan.