Skip to content
Angus Chu: Economists Need to Be Visionary When Solving the World’s Problems

Angus Chu: Economists Need to Be Visionary When Solving the World’s Problems

Economics is the study of economic activities and patterns in human society. It is stated in Inner Chapters of Baopuzi, an ancient Chinese text written by Ge Hong from the Eastern Jin dynasty, that economists need to have the heart to ‘serve their nations and help their people’. Angus Chu, a distinguished professor at the University of Macau (UM) and head of UM’s Department of Economics, shares the same belief. As a student, he encountered the Asian financial crisis, which sparked his interest in financial crises. Today, as an accomplished economist ranked among the top 10 per cent in the world, Prof Chu aspires to build a better world. He believes that an economist’s job is to anticipate problems that may arise in society and address these problems through research.

A Spark of Interest in Financial Crises

At its roots, economics is a discipline that explores economic activities and patterns in human society. In the 21st century, its influence continues to increase in social sciences, with people’s subjective consciousness and behaviour included in its sphere of study, and with economic analysis widely applied in areas such as business, finance, and public administration. According to Prof Chu, when studying economic issues, apart from solid theoretical knowledge and mathematical models, one should also have a good understanding of the world in order to analyse the relationships between human nature and external variables. So far, Prof Chu has published nearly 60 influential papers in prestigious international journals. He is ranked among the top 10 per cent of economists by IDEAS, an authoritative international database for economics publications, with a global ranking of top 70 in innovation. 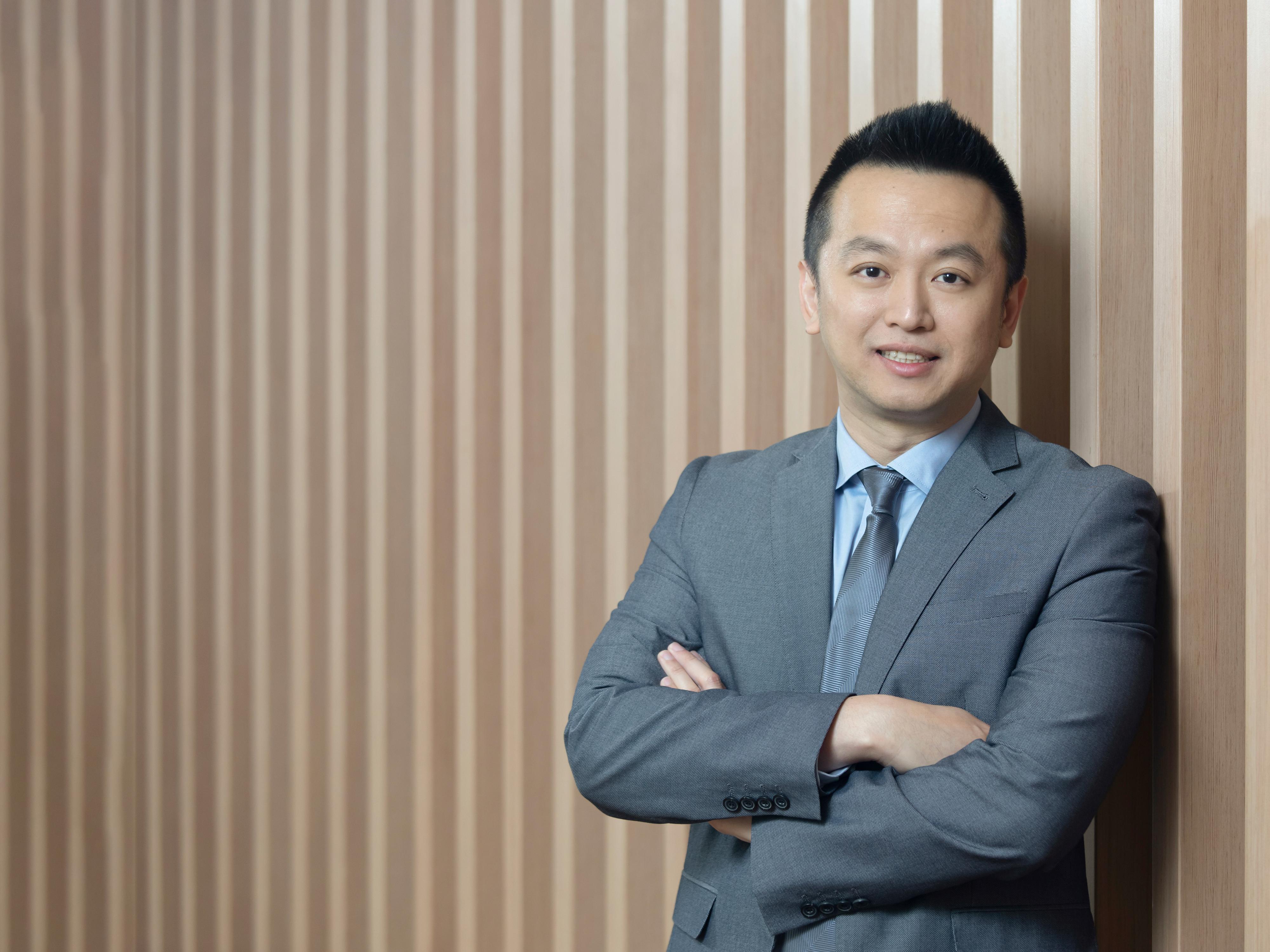 What propelled Prof Chu to study economics? He explains that it was a result of the Asian financial crisis in 1997. At that time, the economies of many countries were hit hard. As a student at Simon Fraser University in Canada, Chu and his family were not immune to the impact of the crisis and were under immediate financial pressure, but it was also this experience that inspired him to study financial crises. Later on, he read The Return of Depression Economics, a book written by the 2008 Nobel laureate in economics Paul Krugman, and became intrigued by Krugman’s bold predictions of the Asian financial crisis before its arrival. However, modern macroeconomic models assume that depressions are caused by exogenous shocks (such as productivity, consumer preferences, and labour supply) and cannot fully explain the formation and prevention of financial crises. To gain a different point of view, Prof Chu began to study the work of another Nobel laureate in economics, namely Paul Romer’s endogenous growth theory.

‘The research works of Paul Krugman gave me an initial understanding of the causes of financial crises. In my opinion, rather than dwelling on exogenous shocks whose effects on financial crises are difficult to conclude, it is better to explore the theory of endogenous growth, that is, the ability of an economy to grow sustainably without relying on external forces to improve people’s livelihoods,’ says Prof Chu. ‘The economic development of mainland China after its economic reform is a good example.’

Just as there are ups and downs in economic development, Prof Chu’s life as a student was never smooth sailing. At the age of 16, Chu moved to Canada from Hong Kong alone to pursue further studies. In 1997, the sudden Asian financial crisis caused a change in his family’s circumstances and put financial pressure on his life. Instead of feeling disheartened by this twist of fate, Chu valued his learning opportunities even more. In order to support himself through undergraduate studies, he worked as a part-time tutor. In his fourth year at university, he was selected by his professors to be a teaching assistant, teaching weekly in the university’s business economics and management science tutorials. After graduation, Chu obtained scholarships for his master’s studies at the University of British Columbia in Canada and later for his PhD studies at the University of Michigan in the United States. He also worked as a teaching assistant during both periods, garnering hands-on experience that would later prove invaluable in his teaching career.

‘Looking back on my time as a student in Canada and the United States, I feel very fortunate to have met several important mentors,’ says Prof Chu. ‘They opened up many opportunities for me and have had a profound influence on my teaching style. I am simply following in their footsteps to impart my knowledge to students.’

From the perspective of research methodology, it is nearly impossible to study economics without mathematics and statistics. For example, economic theories developed by authors of classics such as The Wealth of Nations and A Treatise of Taxes and Contribution can be presented as mathematical analyses. According to Prof Chu, introductory courses in macroeconomics only require students to master the typical Keynesian model, which focuses on the demand side of the goods market when examining the amount of equilibrium output on the market. He adds that the model emphasises the impact of effective demand on national income and is relatively easy to use because of its graphical nature. Nevertheless, this model may not be sufficient when one wants to go deeper into contemporary macroeconomics. 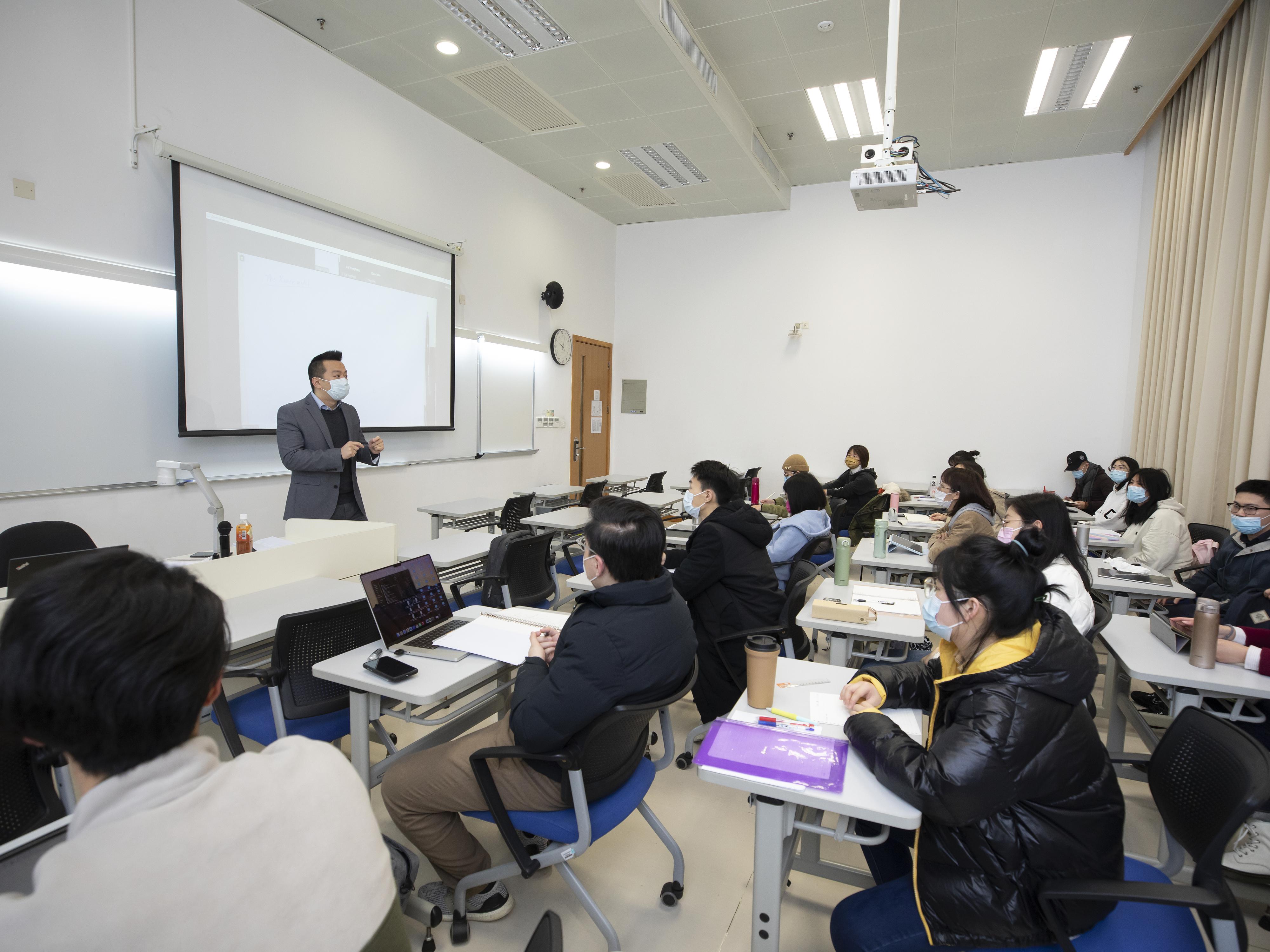 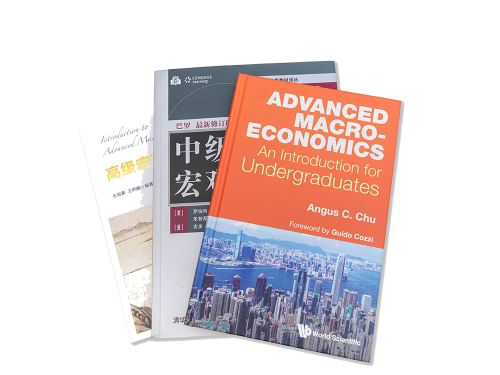 Aspiring to Build a Better World and Help People

Research is fundamental in pushing the frontier of fundamental knowledge even further. In his quest for new knowledge, during his PhD studies at the University of Michigan Prof Chu studied the pioneering theory of optimal taxation proposed by Sir James Mirrlees, a Nobel laureate in economics and an honorary doctor of UM. Mirrlees developed the theory in the 1970s, but it was so ahead of its time that Prof Chu became an admirer of Mirrless. ‘Sir Mirrlees proposed how to design an optimal tax system for a “heterogeneous population” in the 1970s, while macroeconomics did not embrace models with heterogeneous agents until the 1990s,’ says Prof Chu. ‘His profound mathematical skills and vision were far ahead of his peers.’

According to Prof Chu, economists are expected to think ahead and anticipate problems of society before they arise. He quotes Inner Chapters of Baopuzi, a book written in ancient China, to explain the responsibilities of economists: ‘Economy has a direct impact on people’s lives. Through pragmatic research, economists can identify and solve problems arising in the process of economic development in a timely manner. In this way, they can help governments create better economic policies to promote economic growth and to improve people’s quality of life and the social welfare system.’ 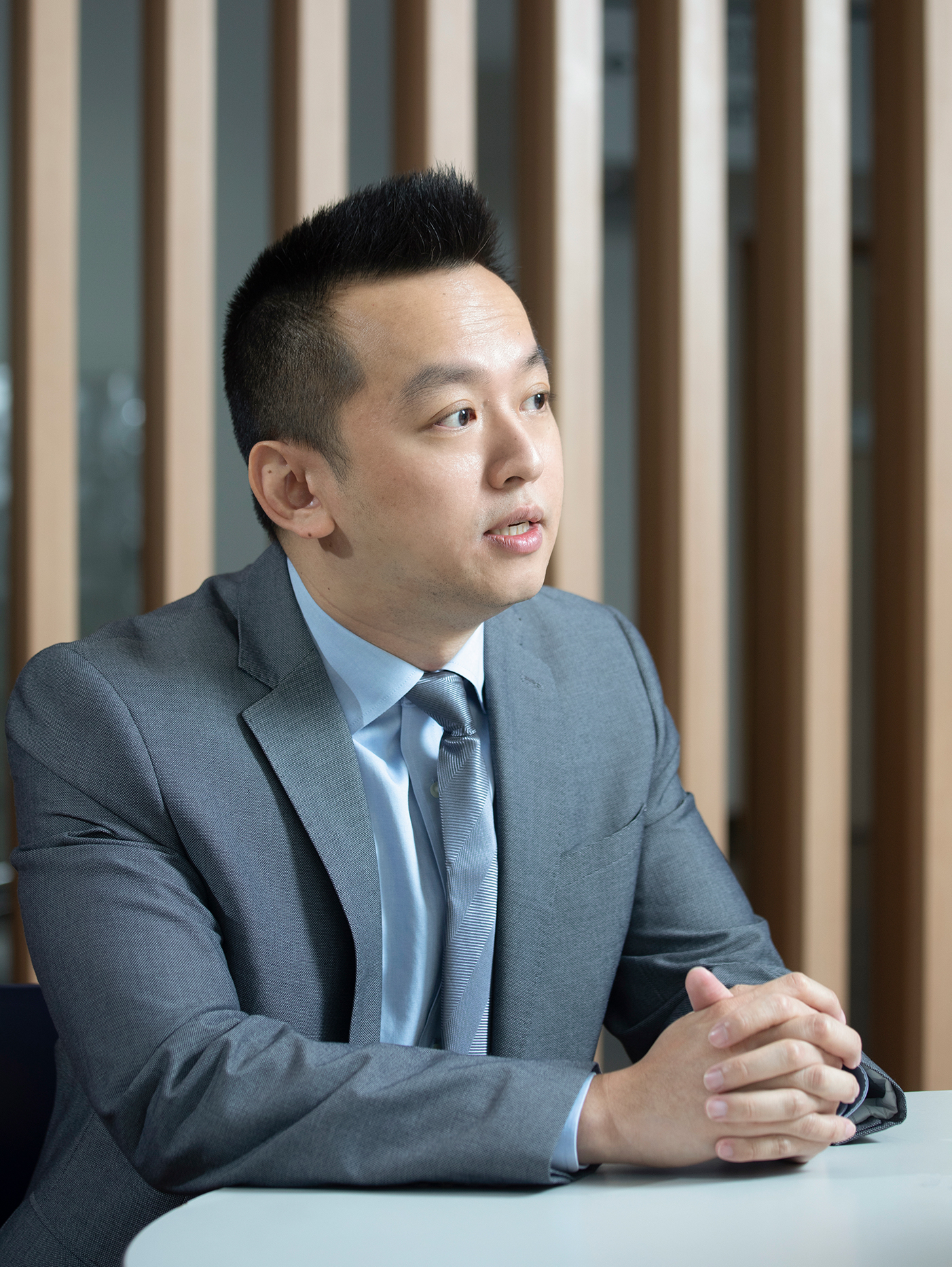 Prof Angus Chu is ranked among the top 10 per cent of economists by IDEAS, an authoritative international database for economics publications

An Economy Driven by Research and Innovation

As a result of recent changes in the global economic landscape and the emergence of new technologies such as the internet of things and artificial intelligence, innovation has become the major driver of economic development. Prof Chu has been studying how to use the market mechanism to encourage innovations in enterprises. He studied and taught for nearly 20 years in the United Kingdom, the United States, and Canada. In 2016, he returned to China through the Overseas High-Level Talent Recruitment Programme (The Thousand Talents Plan) of Shanghai and became a professor at Fudan University. The position allowed him to conduct studies on China’s economic growth to provide theoretical support for the country’s goal of achieving innovation-driven economic growth. After joining UM in 2021, he continued to study this topic, focusing on policies for intellectual property protection, in order to create meaningful changes for the development of the hi-tech industry in Macao. He believes that the advent of a knowledge-based economy means the invisible hand, an economic concept proposed by Adam Smith, is no longer relevant.

‘Empirical studies have shown that since the private rate of return on corporate innovation is several times lower than the social rate of return, the market level of investment in R&D is much lower than the social optimum,’ says Prof Chu. ‘This is because innovation-driven development is susceptible to externalities that lead to market failures and therefore requires government intervention in the form of policy support to overcome market imbalances. Policy support from the government can also speed up the commercialisation of research results and promote deeper integration of technological innovation with the real economy.’

According to Prof Chu, China began highlighting the importance of research, development, and innovation in the 11th Five-Year Development Plan. He points out that an alignment of innovation policy and the broader industrial policy would create favourable conditions for R&D and innovation, adding that entrepreneurs are motivated to innovate because they want to become innovation moguls to monopolise the market — a concept at the heart of Paul Romer’s economic research. ‘China is now committed to becoming an international centre for intellectual property protection, which will bring better legal protection to innovative enterprises.’ says Prof Chu.

Promoting the Transfer of Innovative Medical Research Results in Macao