In 2019, the Central Committee of the Communist Party of China and the State Council unveiled the Outline of the Development Plan for the Guangdong‑Hong Kong‑Macao Greater Bay Area. The document pledges support for Macao to leverage the advantages of the SKL‑QRCM, to establish an internationally recognised reference standard for Chinese medicine products, and to promote the standardisation and internationalisation of Chinese medicine. 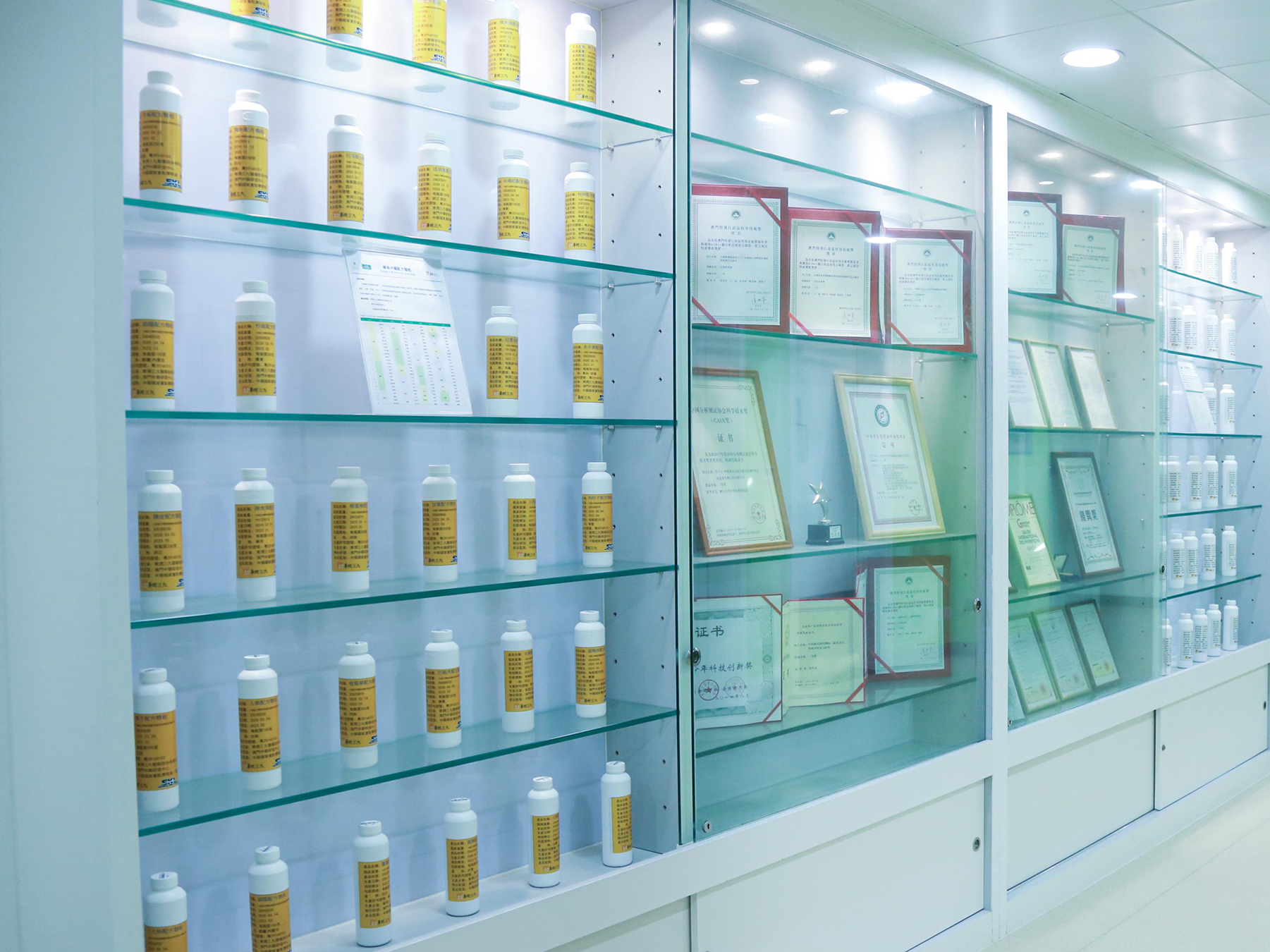 SKL‑QRCM Director Prof Wang Yitao, who joined UM in 2002, is committed to the modernisation, commercialisation, and internationalisation of Chinese medicine. ‘For Chinese medicine to go global, it is necessary to establish internationally recognised quality standards,’ says Prof Wang. ‘At UM, we are working with domestic and overseas partners to create such standards and to make them internationally recognised.’ He adds that his laboratory has established joint laboratories with all three regulatory bodies in the US, Europe, and China, namely the United States Pharmacopoeia Convention (USPC), the European Pharmacopoeia Commission (Ph. Eur. Commission), and the Chinese National Institutes for Food and Drug Control. The joint laboratories focus on creating standards for the USP, the Ph. Eur., and the ChP. 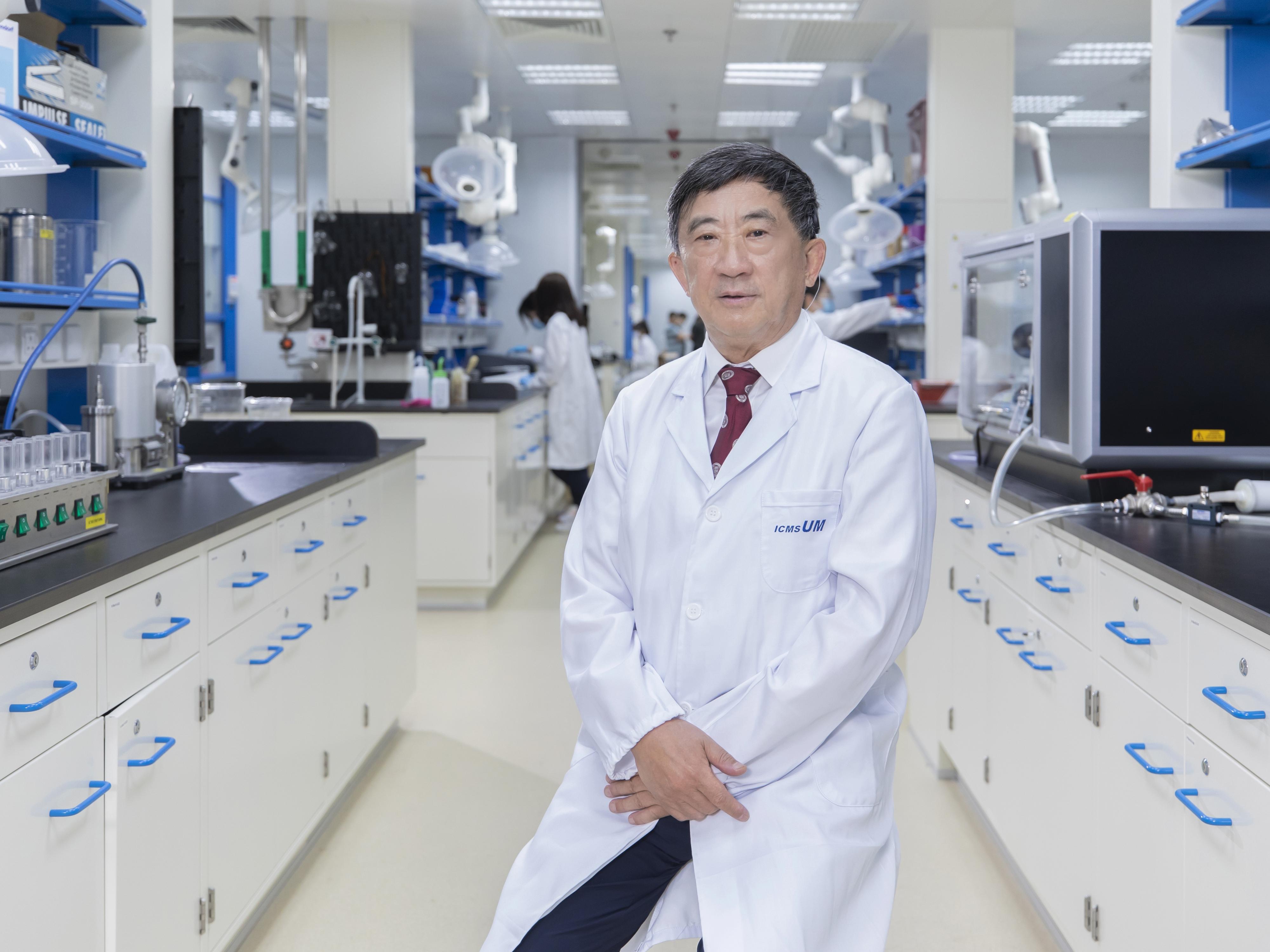 Standards for Chinese Herbs in the USP

A pharmacopoeia is a legally binding collection of standards and specifications for medicines. Not only is the USP document considered a national standard for drugs and dietary supplements in the US, it is also used in over 140 countries and regions in the world. In 2012, the SKL‑QRCM signed an agreement with the USPC to establish a joint laboratory that tackles challenges in the development of international quality standards for Chinese medicines, making UM the first higher education institution to establish a joint laboratory with USPC. Both institutions have researched and established standards for Panax notoginseng (Sanqi), Lycium barbarum (Goji), Cordyceps militaris, powders of fermented Cordyceps sinensis, Galangal, Dendrobium officinale, Pogostemon cablin, Gastrodia elata, and other herbs. The USP currently contains the standards for 42 Chinese medicinal herbs.

SKL-QRCM Deputy Director Li Shaoping, who is a Distinguished Professor at UM’s Institute of Chinese Medical Sciences (ICMS), specialises in quality control and active ingredient research. As a world-renowned scholar in pharmaceutical analysis, Prof Li has served on the Herbal Medicines Compendium – East Asia Expert Panel of the USPC since 2021. Prof Li has entered the list of the top 100 analytical scientists in the world for two consecutive years since 2020. He is also the first expert in quality control of Chinese medicine to enter the list since its publication in 2013. 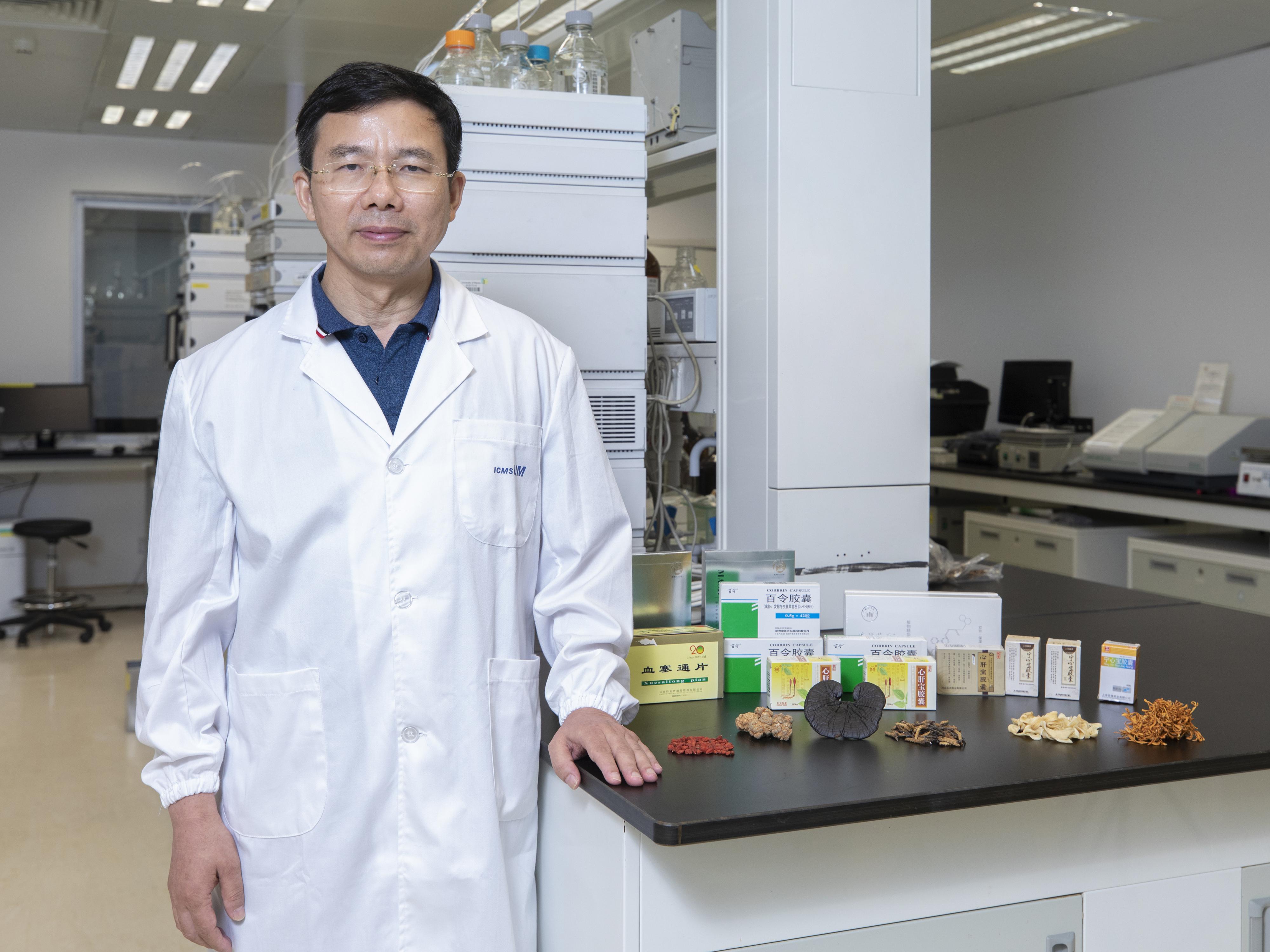 Prof Li says it is more challenging to establish quality standards for Chinese medicine than for western medicine because the former usually comprise hundreds of natural compounds. For example, the Chinese herbal medicine Panax notoginseng contains saponins, which are naturally occurring compounds that can dispel blood stasis. Therefore, the ChP lists saponins as one of the quality indicators for Panax notoginseng. According to Prof Li, it is also used to stop bleeding because it contains an active ingredient known as ‘dencichine’. ‘For the same Chinese herbal medicine, there should be different quality indicators for different clinical purposes,’ says Prof Li. ‘For example, we proposed including dencichine as a quality indicator for Panax notoginseng for the USP, but some experts were against this idea. However, we persisted and presented evidence from clinical practices. In the end, we convinced the opponents that both dencichine and saponins should be listed as quality indicators.’

Prof Li adds, ‘President Xi Jinping has pointed out that whoever sets the standards has a bigger say, and whoever controls the standards occupies a strategic vantage point. So I believe it is vital to take the initiative to establish standards for chinese medicine for the USP.’

A ‘European Visa’ for Chinese Medicine

The Ph. Eur. is the most important reference for quality control of medicines in Europe, and is legally binding in 39 European countries. In 2008, the Ph. Eur. Commission established a working party on TCM (Traditional Chinese Medicine). The Pharmacopeia now includes quality standards for over 80 Chinese herbal medicines, such as Acanthopanacis gracilistyli cortex, Akebiae caulis mutong, and Angelicae sinensis radix, which accounts for about one‑third of all herbs included. 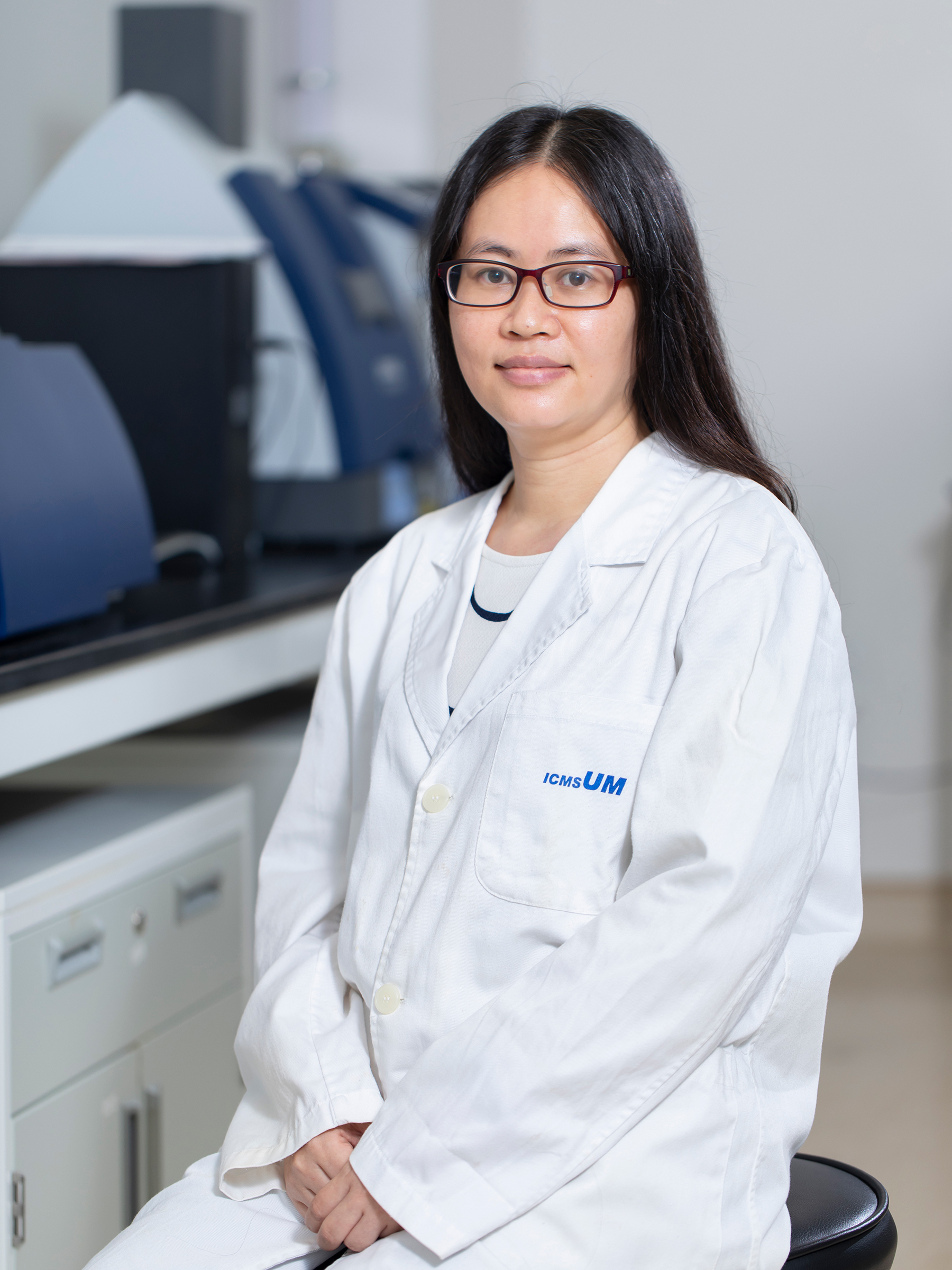 In 2015, Prof Chen’s team began to establish the quality standards for Ophiopogonis radix for Ph. Eur., and completed the project in 2019. In the beginning, the team established the standards for identification of the Chinese herbal medicine by comparing adulterated products with genuine ones using thin‑layer chromatography. They then used high‑performance liquid chromatography and ultraviolet–visible spectroscopy to determine the active ingredients of Ophiopogonis radix and to distinguish the good from the bad. They submitted a draft to the Ph. Eur. Commission, which then sought opinions from experts from EU countries. The commission included the final standard in the pharmacopoeia after revising the draft several times. In another push for Chinese medicine to Europe, Prof Chen is working with the commission to establish quality standards for Phyllanthi fructus.

According to Prof Wang, the SAR government has approved the establishment of a TCM research centre in Macao, which is a joint project among UM, China Resources, Guangzhou Pharmaceuticals, and the China Academy of Chinese Medical Sciences. This centre will join SKL‑QRCM and ICMS to study and produce Chinese medicine, improve the quality of patent drugs, and develop TCM products on a global scale. They will push forward the commercialisation of their research outcomes with industrial partners to promote the TCM sector in Macao.

In May 2021, UM established a research and development centre for Chinese medicine and translational medicine at the Zhuhai UM Science & Technology Research Institute. The centre will play a key role in UM’s efforts to support technological innovations, the diversification of local industries, and the development of the Guangdong‑Hong Kong‑Macao Greater Bay Area into an international innovation and technology hub. Moreover, the SKL‑QRCM and the new TCM centre in Macao will work with pharmaceutical companies to meet the expectations of Macao SAR Chief Executive Ho Iat Seng. Following his instructions on research commercialisation, UM will give full play to the leading role of its state key laboratories, support the health industry and high‑tech industries with TCM as an initial focus, explore better mechanisms for industry‑academia collaboration, and gain vital experience for the commercialisation of other UM research outcomes.