The University of Macau (UM) is fast becoming an international centre for the study of the Gothic tradition in literature, art, television, and cinema.

The Gothic originated in 17th‑century England, in part as a political movement, before developing as a reaction to the cultural changes associated with increasing industrialisation and the intellectual challenges of the European Enlightenment. Gothic fiction is characterised by the evocative description of sublime and menacing landscapes, by the presence or suggestion of the supernatural, and by extremes of characterisation and emotion.

Though the writings of early writers in the Gothic tradition – such as Horace Walpole, Ann Radcliffe, and Matthew Lewis – may well be unfamiliar to readers in Macao, others – such as Mary Shelley, the author of Frankenstein, and Bram Stoker, who wrote Dracula – composed novels that have undoubtedly shaped not only the fiction but also the television and cinema of the 20th and 21st centuries.

The Gothic is also an important precursor to the Romantic movement associated with Anglophone poets such as Wordsworth, Coleridge, Keats, Shelley, and Byron, the Pre‑Raphaelite movement of artists and writers, and strongly influenced the works of German writers such as Goethe and Schiller, French authors including Hugo and Le Roux (both of whom have inspired enduring Gothic musicals: Les Misérables and The Phantom of the Opera), and American writers and poets from Edgar Allan Poe to Stephen King and Anne Rice. The genre has also had a significant impact upon contemporary film in Hong Kong, Korea, Japan, and the Philippines.

Since their appointment to the university in January 2020, UM professors Nick Groom and William Hughes have worked closely with colleagues within the Faculty of Arts and Humanities, and with eminent scholars across the world, in order to develop a new research network for the study of Gothic: UMGothic. UMGothic was launched with a Zoom symposium on 27 May 2020, chaired by Prof Tim Simpson (FSS), in which the aspirations of the new research network were discussed – specifically in considering how research in the humanities and social sciences can respond creatively and critically to global issues, from environmentalism to health and well‑being, and to connect with other communities around the world; expressions of interest were invited from across the university.

A more substantial online conference followed this introductory event on 30 June 2020, this being a highly topical and timely consideration of the culture and issues surrounding pandemics in general and the Covid‑19 outbreak in particular. Provocatively entitled ‘CoronaGothic’, the event was chaired by Prof Victoria Harrison, then assistant dean of the FAH. The symposium’s substantial international audience engaged with presentations delivered by David Punter at the University of Bristol, Samantha George at the University of Hertfordshire, Darryl Jones at Trinity College Dublin, Mariaconcetta Costantini at Università degli studi G.D’Annunzio Chieti Pescara, Corinna Wagner and Steve Hinchliffe at the University of Exeter, as well as Nick Groom and William Hughes at UM. The neologism ‘CoronaGothic’ was coined by FAH professor Matthew Gibson, and became the title of the published version of the conference which appeared in a special issue of the prestigious internationally refereed journal Critical Quarterly in December 2020, and has already been cited in academic publications.

The success of ‘CoronaGothic’ led to a further online conference, organised by FAH professor Jeremy de Chavez, who drew on his specialist research into Gothic in Philippine culture. Hosted again on Zoom, ‘Gothic in the Philippines’ took place, appropriately enough, on Halloween – 31 October 2020 – and was chaired by Katarzyna Ancuta of Chulalongkorn University, Bangkok. Prof de Chavez was joined by Marie Rose B Arong at the University of the Philippines, Cebu, Genevieve L Asenjo and Shirley O Lua at De La Salle University, Manila, Edgar Calabia Samar and Louie Jon A Sanchez at Ateneo de Manila University, and Thomas Leonard Shaw at the University of the Philippines, Diliman. Their presentations again attracted a sizeable international audience. Prof de Chazez is currently editing an essay collection on the topic, and is at the forefront of scholarship addressing Gothic in the Philippines.

The fifth UMGothic event took place on 3 July 2021. This event, ‘ / Incarceration / Lockdown / ’ drew together scholars and researchers from the United States, United Kingdom, Europe, and Asia working in a variety of fields to discuss the implications of lockdowns caused by the pandemic. UM was represented by FAH professor Damian Shaw, and the symposium was chaired by Prof Tom Duggett at Xi’an Jiaotong-Liverpool University, with speakers drawn from: in the UK, the University of Exeter and the Open University; in Asia, the University of Hong Kong and Monash University Malaysia; in Europe, the University of Marburg and Aarhus University; and in the US, Northeastern University.

Details of future events will be published in Morning Express: UM Today, and updates will be available via the @UMGothic twitter feed and on the UMGothic Facebook page. In the immediate future, plans are in place for a symposium on the transnational presence of Bram Stoker, and for a roundtable on academic publishing, specifically aimed at supporting early career researchers. UMGothic welcomes conference and symposium proposals from colleagues working in any discipline within the university, and can offer advice and assistance in organising and publicising events as well as proposing works for publication. We are particularly keen on developing new research directions that consider the place of Gothic in the culture of Macao specifically, and in the literature, cinema, and arts of the Greater Bay Area more generally. 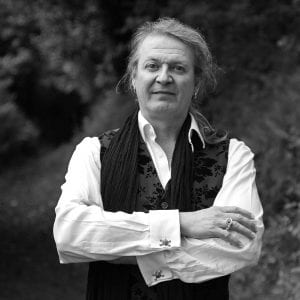 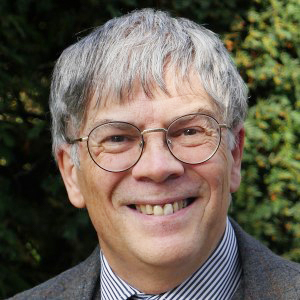 William Hughes joined UM in 2020 as a professor of literature in English. He was previously a professor of medical humanities and Gothic literature at Bath Spa University. He is the author or editor of more than 20 books, including Suicide and the Gothic (2019) and Key Concepts in the Gothic (2018). His next book, The Dome of Thought: Phrenology and the Victorian Popular Imagination, will be published in 2022.