Skip to content
Set Sail for New Horizons on the 40th Anniversary of the University of Macau: Developing an International Faculty Team

Photo | Editorial Board, with some provided by the interviewees

Excellence in teaching and research, an unparalleled competitive advantage, and a great international reputation—these are the goals for which every university strives, and they all depend on the development of an outstanding faculty team. This article takes a close look at how the University of Macau (UM) accomplished these goals in the short span of 40 years since its founding in 1981.

Even during the early days, the three co‐founders of the University of East Asia (the predecessor of UM), namely Wong King Keung, Woo Pak Hay, and Eng Yuk Lun, already realised the importance of recruiting outstanding faculty members to support the university’s long‐term development. They went to great lengths to obtain the best people in different fields. For instance, they invited Prof Jao Tsung I, the late master of sinology, to serve as a chair professor in the university’s School of Arts. Prof Jao assisted with the establishment of a department of Chinese literature and served as the department head. He was also a founding professor in the Department of Chinese. In short, Prof Jao played an instrumental role in the development of the Chinese discipline at the university. Many accomplished scholars in Chinese language and literature are his former students. 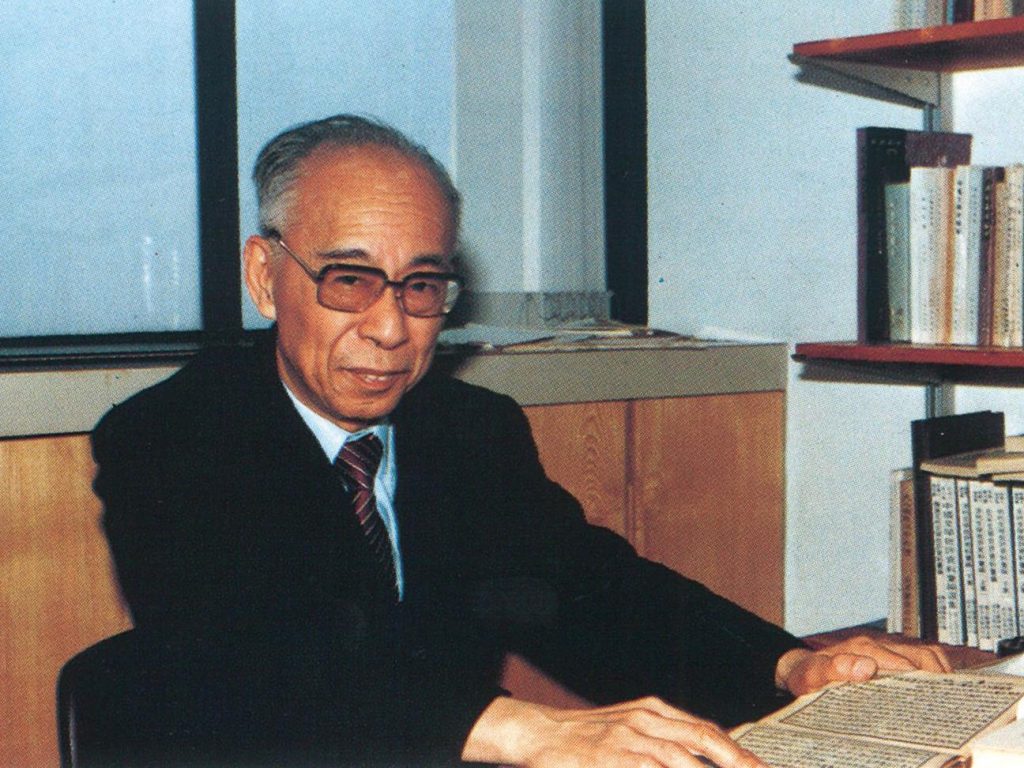 Prof Jao Tsung I, the late master of sinology 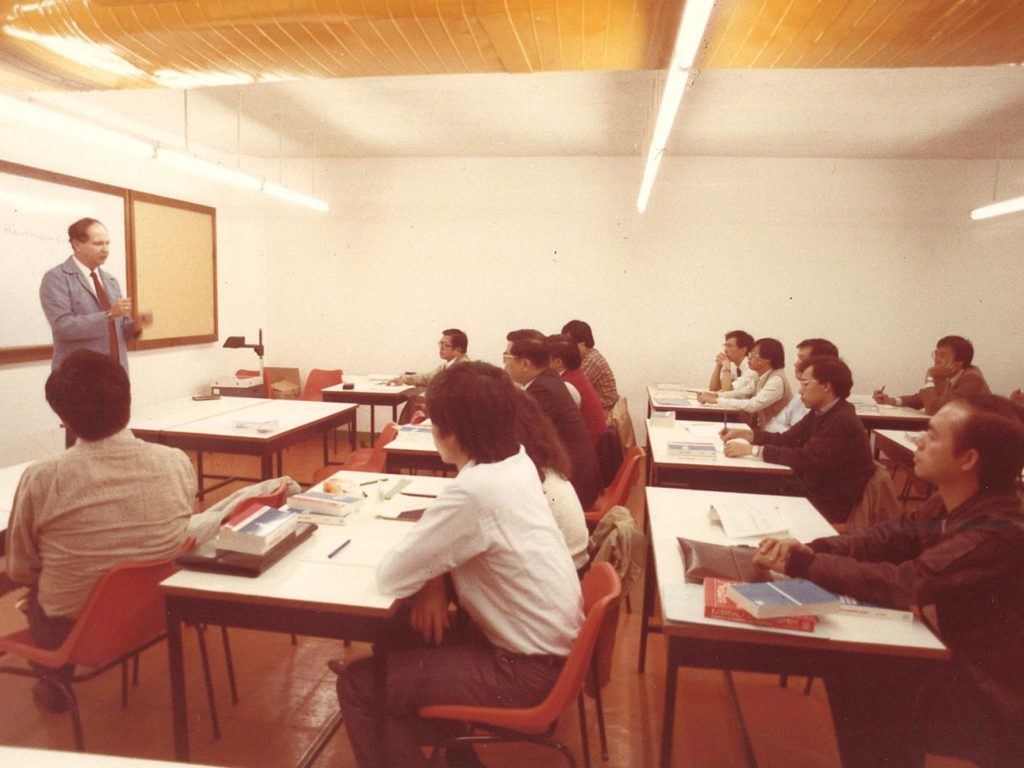 Since its founding, the university has spared no effort to recruit an international faculty team

In the early days, the university spared no e ort to recruit experienced scholars, but it also opened its arms to fresh university graduates like Yuen Chun Yip. Yuen graduated from the University of Wales in 1989. Through a series of serendipitous events, he became a lecturer of accounting in the university’s Faculty of Business Administration. Yuen says: ‘The university devoted a lot of resources to training young teachers. It even supported incumbent lecturers to pursue further education while teaching full‐time, including pursuing PhD degrees in Macao or overseas. On the research front, it allocated funding to support faculty members to conduct research projects. These strategies considerably enhanced the quality of the faculty team.’

With the support of the university, Yuen studied for a PhD degree while teaching full‐time at UM. In 1999, he obtained a PhD degree in accounting management from the University of South Australia. Today, 32 years after joining UM, Yuen is an associate professor, and has served as the head of the Department of Accounting and Information Management for 14 years. He says, ‘After Macao’s handover, with the support of the government of the Macao Special Administrative Region (SAR), the university has developed rapidly and has also allocated a lot of additional resources to support teaching and research. In recent years, the university has launched a “6+1” system for promoting assistant professors to the rank of associate professor. In addition to requiring our teaching staff to keep pace with the times, it also requires continuous high‐quality output in research, which has greatly improved the overall quality of the faculty team.’ 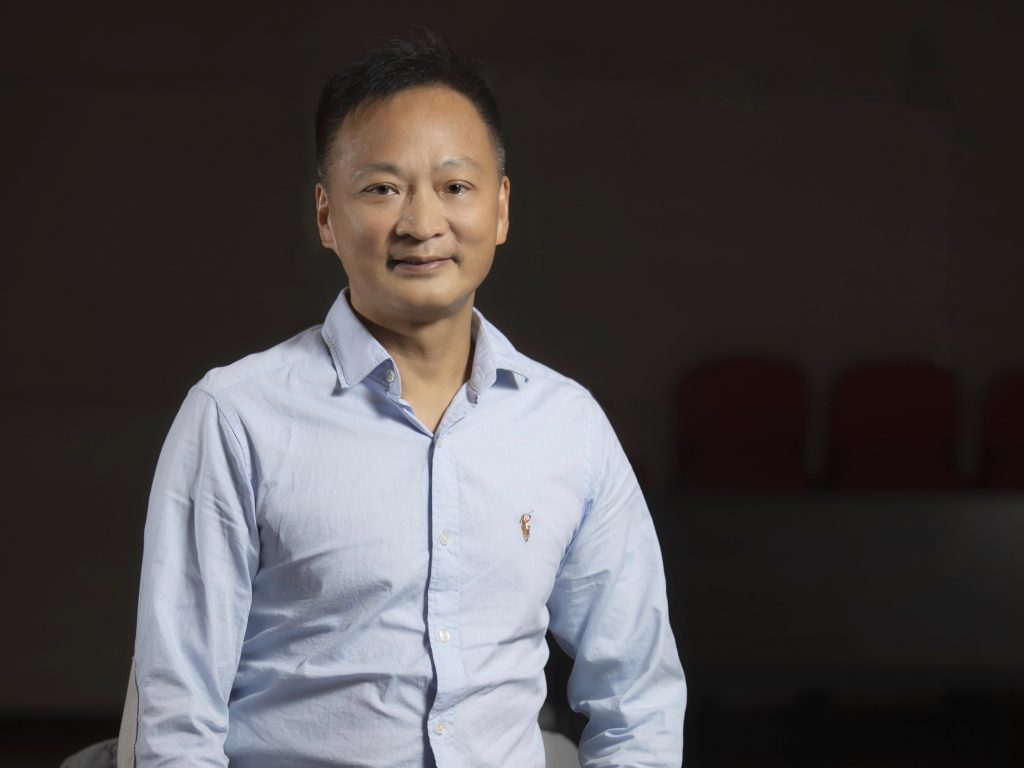 From 1981 to 1999, UM went through a period of adjustment and consolidation, laying a solid foundation for future expansion. In 1999, the Macao SAR was established, opening a new chapter in UM’s history. One of the priorities of the university during that period was to continue improving the quality of its teaching and research. To achieve this, UM adopted two strategies: international recruitment of excellent faculty members, and internal promotion of staff. At the time, a group of lecturers were promoted to the rank of assistant professor after completing doctoral studies within nine years.

In 2006, the Legislative Assembly of Macao passed the new Judicial Regime of the University of Macau, and the chief executive of the Macao SAR promulgated the new Charter of the University of Macau. The adoption of these two documents was significant for several reasons. First, a new governance structure was established, with the University Council replacing the government to become the highest governance organ of the institution. Second, they ensured compliance with an internationally adopted education model. Third, the revised Charter provided the university with more academic freedom and administrative flexibility, which in turn has greatly accelerated the university’s development in recent years. The percentage of UM professors with a PhD degree increased from 23 per cent in 1999 to over 70 per cent in 2008, with the total number of faculty members increasing from 229 to 378 during the same period. This improvement in the quantity and quality of the faculty team has greatly enhanced the university’s reputation and its teaching and research quality.

Prof Kou Kit Ian was the first UM‐educated doctor of mathematics. After obtaining her bachelor’s degree in mathematics from the Faculty of Education in 1996, she went on to complete a master’s degree in the Faculty of Science and Technology while concurrently serving as a teaching assistant in the faculty. Upon graduation, she was promoted to lecturer. Prof Kou says she originally planned to pursue a PhD degree overseas, but after meeting the new faculty member Prof Qian Tao, while serving as a teaching assistant, she changed her mind and decided to study with Prof Qian. In 2005, Kou passed her doctoral dissertation oral defence. Later, she became the first UM‐recommended scholar to work as a research fellow at the University of Cambridge for half a year. In 2006, she was promoted to assistant professor. Seven years later, she became an associate professor. Looking back, she says, ‘At the time, UM encouraged faculty members to pursue PhD studies at the university and reduced tuition fees to show support. In terms of research resources, the books and electronic resources in the university library were very useful. So all in all, UM was on a par with overseas universities in terms of PhD education.’ 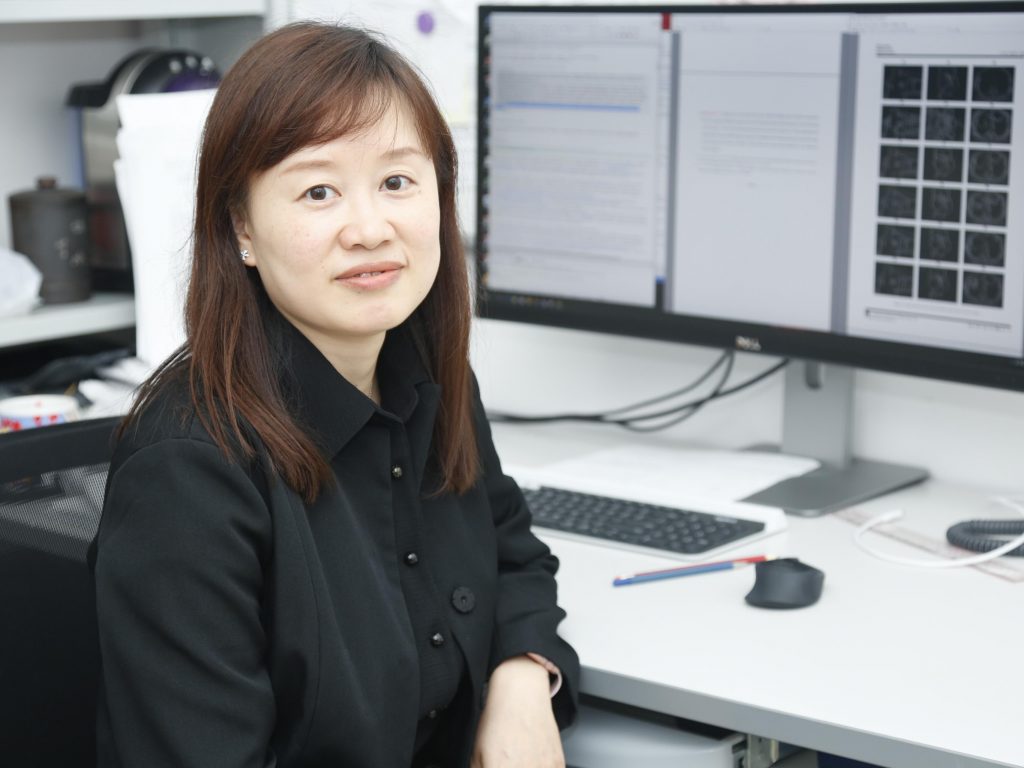 With the continuous development of the university, the faculty team became more diverse and international. Prof Kou believes that UM provides an intellectually stimulating environment in which scholars, regardless of their academic eld, can conduct cross‐disciplinary conversations from their unique perspectives.

On 27 June 2009, UM received the momentous news that the National People’s Congress Standing Committee had approved the construction of a new campus on Hengqin Island. A new campus that was much larger than the old one meant that there would be enough space for advanced teaching and research facilities, which would help the university attract top scholars from around the world. Yang Yi was one such academic titan the university recruited after announcing the new campus project. Prof Yang is hailed as ‘the first scholar of the new generation to study the history of fiction and literature. After joining UM, he published many books and formed a Chinese literature team. 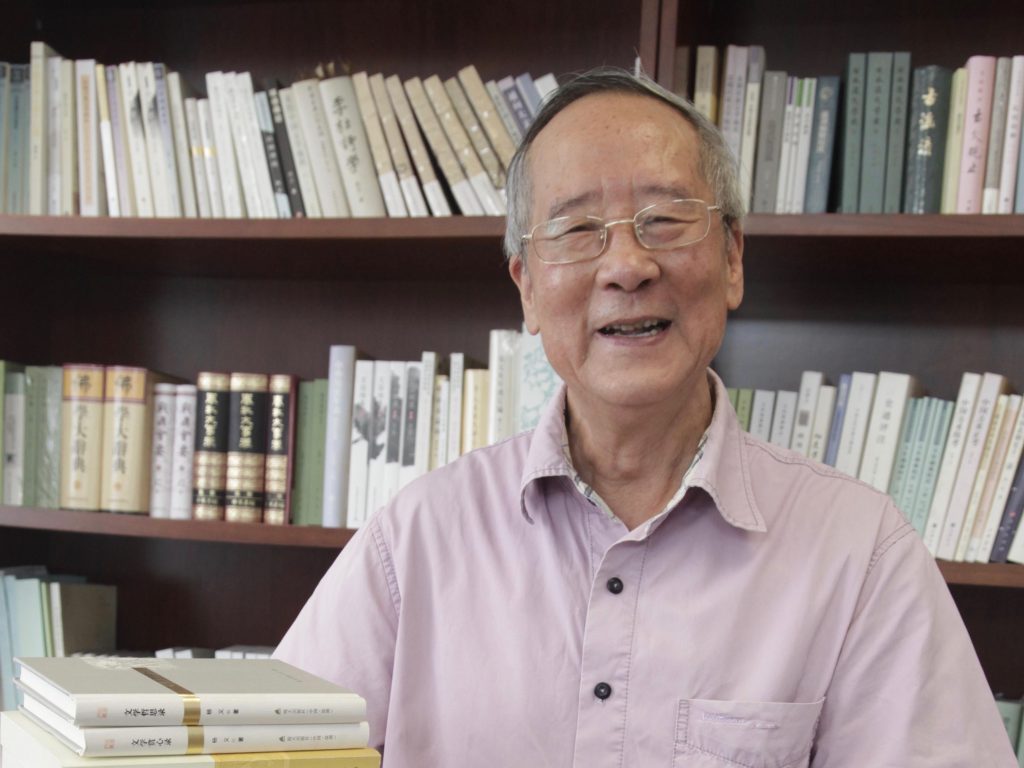 In 2014, UM officially moved to the new campus and implemented a series of strategies designed to enhance its competitiveness. First, it continued to internationally recruit academic staff. Second, it established an enhanced promotion system to reward academic excellence and invited international experts to provide suggestions. Third, it established a reward system and a code of ethics for faculty members in order to improve the overall quality of the faculty team. Fourth, it launched several faculty development programmes, including a distinguished visiting scholar programme and a chair professor programme, in order to substantially improve teaching and learning outcomes.

As a result of these initiatives, the university successfully recruited a number of renowned scholars in different fields, some of whom hold prestigious titles, such as member of Academia Europaea, fellow of the Royal Academy of Engineering, fellow of the Royal Society of Chemistry, fellow of the Institute of Electrical and Electronics Engineers, and member of the Portuguese Academy of Sciences. The successful recruitment of these scholars brought new thinking, and further enhanced teaching and research at the university. 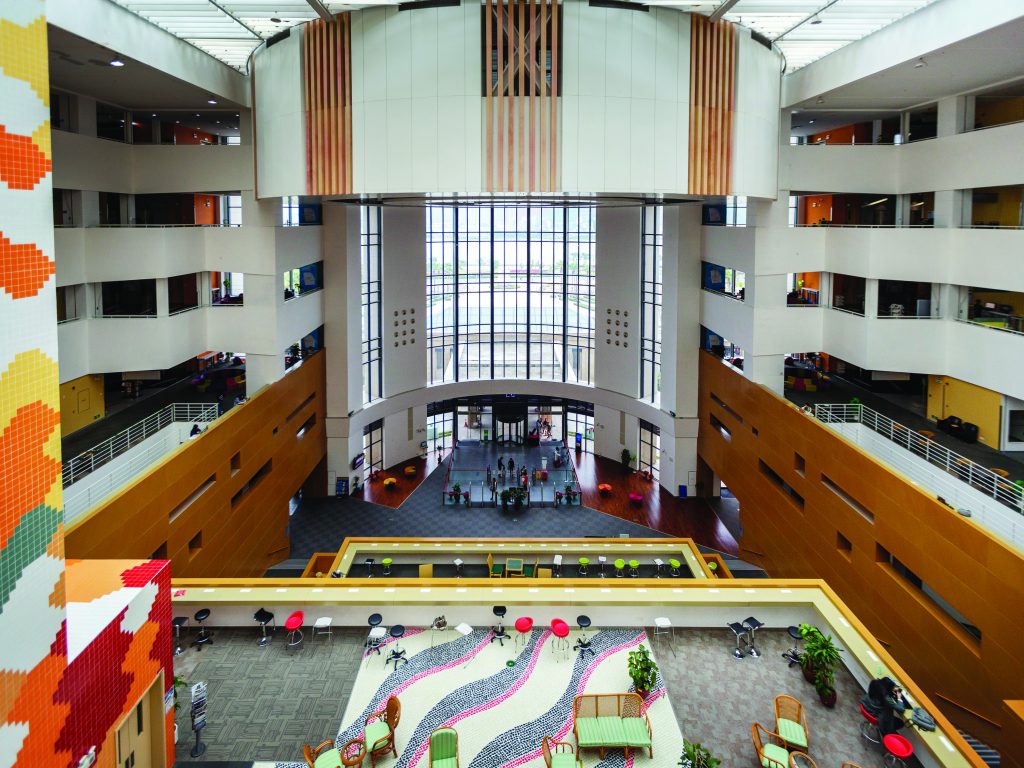 Prof Wang Di, chair professor and head of the Department of History, joined UM in 2015. He is considered to be one of the foremost experts in the urban history of China and the new cultural history. He has published many books since joining UM. ‘Because of all the favourable conditions at UM, such as the advanced facilities and the well‐stocked library, I have progressed much faster in my research than I expected,’ he says. 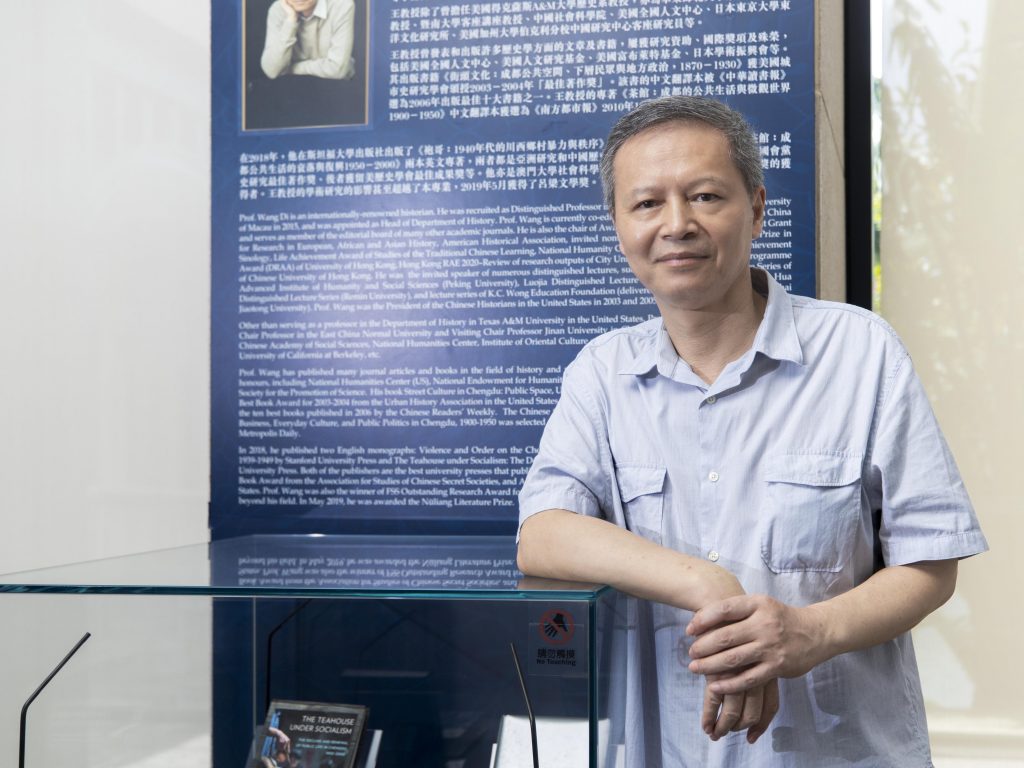 Recalling the day when he first arrived at UM, Prof Tang could barely contain his excitement. He says, ‘UM’s relocation to the new campus in Hengqin is part of the country’s strategy to promote the coordinated development of the Guangdong‐Hong Kong‐Macao Greater Bay Area. History has given UM a good opportunity and I saw its unlimited potential. After ve years of hard work, IAPME has established a scientific research platform, which is comprised of first‐class laboratory facilities, a dynamic research team, professional facilities maintenance personnel, and an efficient management team. Thanks to a combination of these favourable conditions, we have achieved fruitful results in scientific research.’ 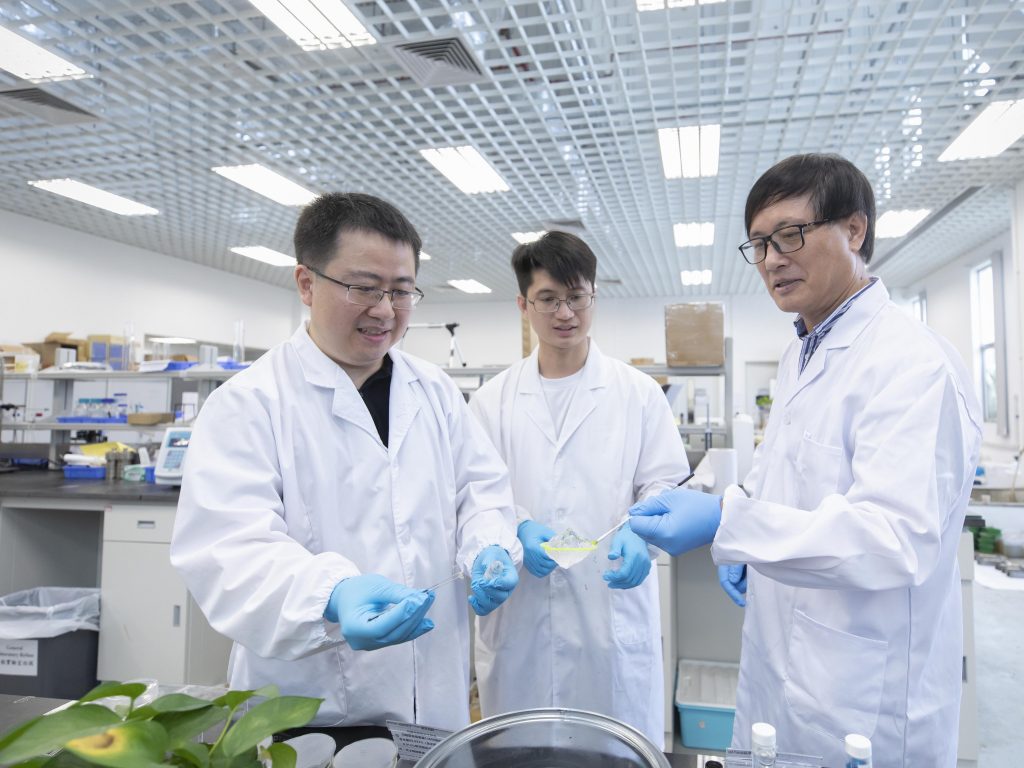 ‘Creating a better future for Macao through education and talent’ is at the core of the SAR government’s education policy. To support this vision, UM recruits internationally and provides attractive working conditions in order to retain the best people. The efforts have paid off. Today, UM is the favourite choice for overseas‐educated scholars who decide to return to Macao to pursue career development. Prof Mok Seng Peng, an associate professor in the Department of Electrical and Computer Engineering of the Faculty of Science and Technology, is an example. After graduating from Johns Hopkins University in the United States with a doctoral degree, she worked in Hong Kong for a while until she realised that UM could provide a better environment for her career. So she left Hong Kong and joined UM. With the university’s support, she founded the Biomedical Imaging Laboratory and won a number of international awards with her team. Prof Mok’s hope is to promote the development of nuclear medicine and its clinical application to bene t Macao residents. 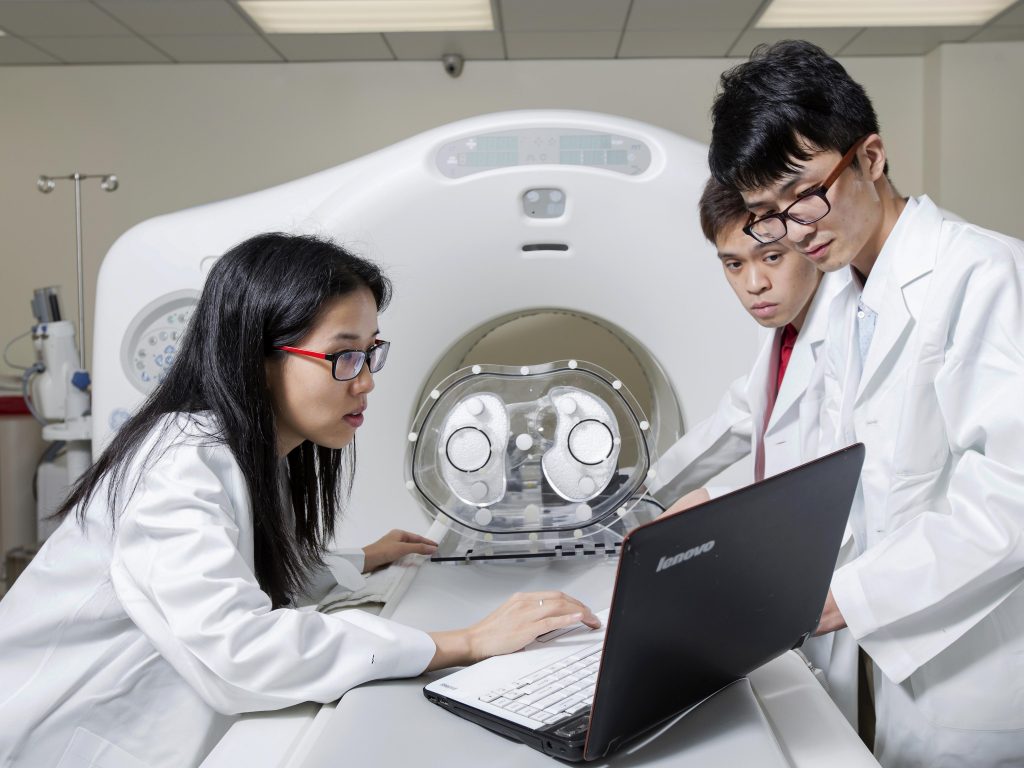 In 2018, UM’s leadership began formulating development strategies for the university, focusing mainly on internationalisation, faculty development, and research. At present, there are more than 600 faculty members at UM, with 80 per cent recruited from outside Macao, and 84 per cent holding a doctoral degree. Quite a number of them graduated from world‐renowned universities such as Harvard University, the University of Cambridge, the University of Oxford, Stanford University, and Peking University. Joshua Ehrlich, an assistant professor in the Department of History, holds a doctoral degree from Harvard University. His main research interests include the history of political thought, the history of the British Empire, and the history of South Asia. He says, ‘There really is no better place than Macao for someone who studies the history of the East India Company, because it is inextricably linked to the history of Macao. This interconnectedness makes me more interested in this place and allows for deeper studies,’ he says. 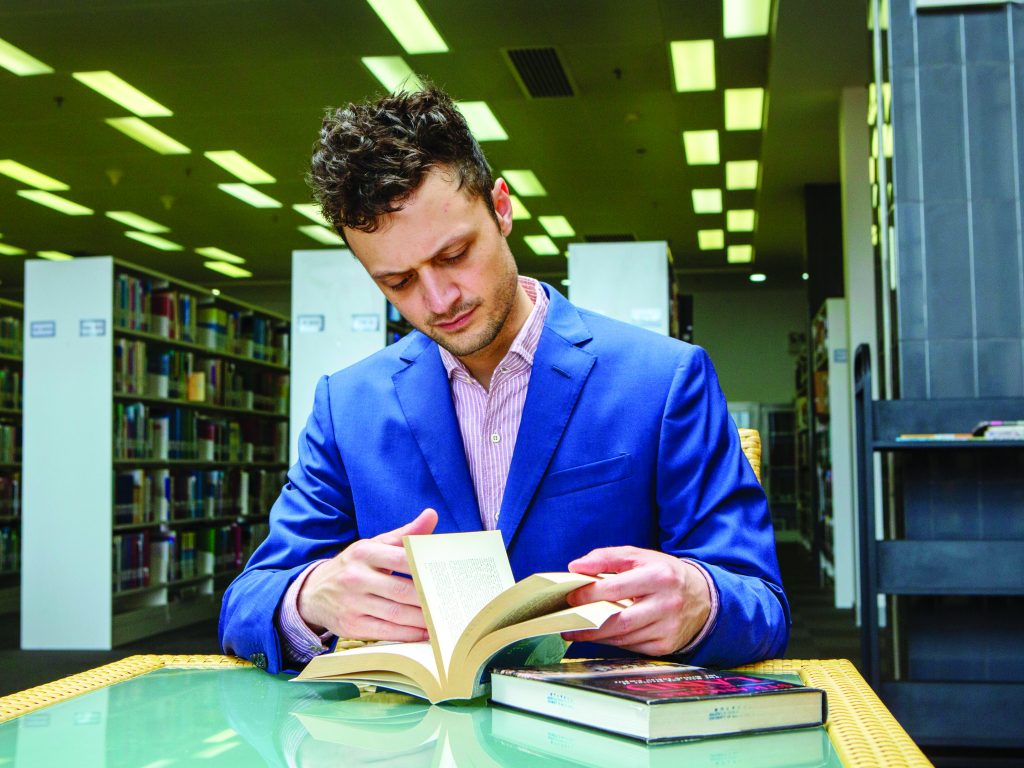 Outstanding Faculty Are Key to Creating an Excellent University

By following its own unique path, UM has risen from obscurity to prominence over the past four decades, with international ranking jumping from around No 2000 in 2008 to within the top 350 today, and with a ranking of No 6 in international outlook. None of this would have been possible without the joint e ort of the faculty team. As UM Rector Yonghua Song says, ‘Developing an excellent faculty team that is dynamic, internationally reputed, ethically upstanding, and with superb teaching ability is the key to creating an excellent university.’

Set Sail for New Horizons on the 40th Anniversary of the University of Macau: Promoting Technology Transfer

Set Sail for New Horizons on the 40th Anniversary of the University of Macau: Providing Various Services to Society

Set Sail for New Horizons on the 40th Anniversary of the University of Macau: Developing an International Faculty Team

Set Sail for New Horizons on the 40th Anniversary of the University of Macau: Rector’s Words