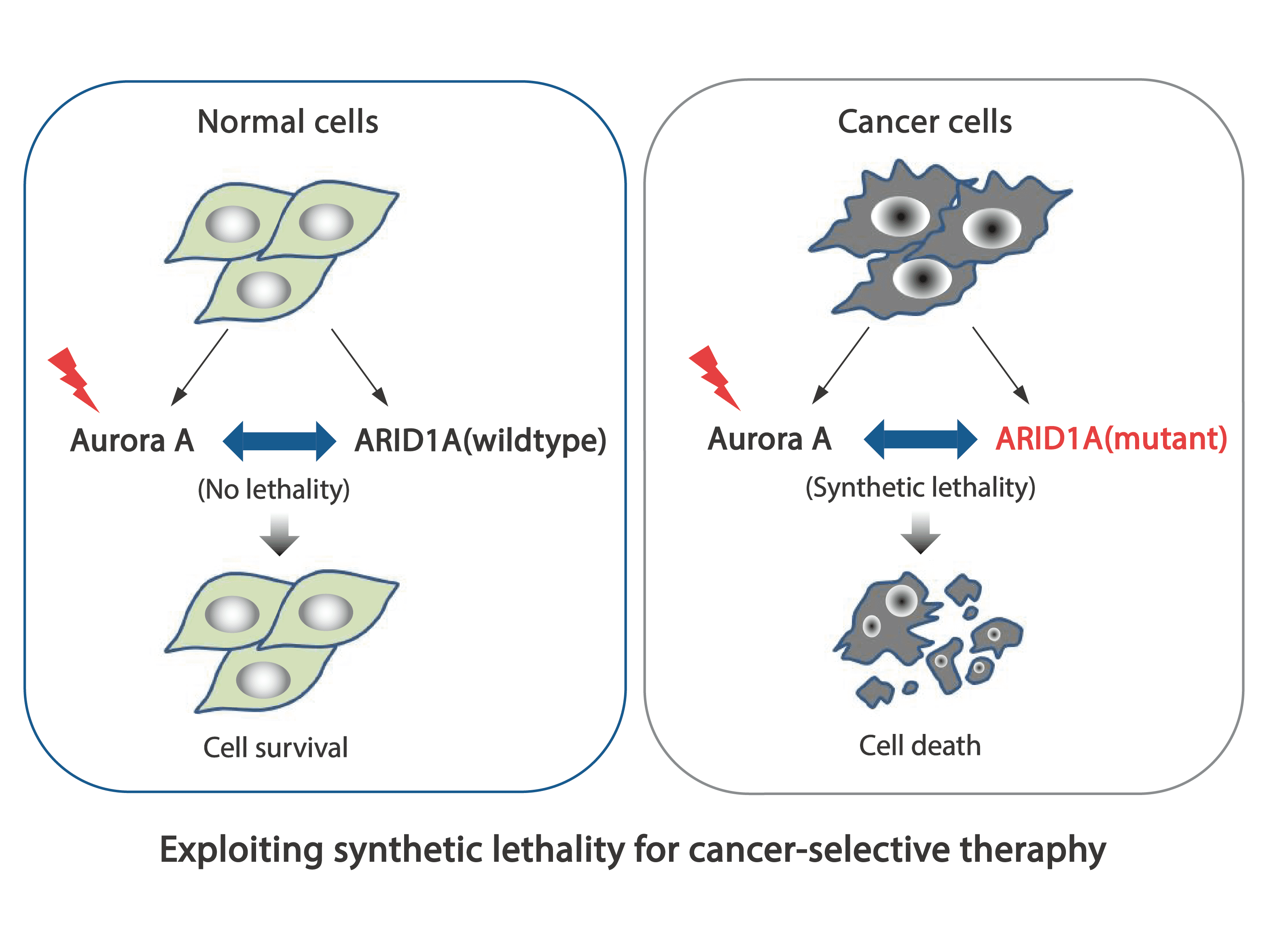 Synthetic lethality is a genetic interaction between two (or more) genes where a single gene deficiency is tolerable for cell viability, whereas deficiencies in both genes lead to cell death. As cancer cells have existing deficiencies in at least one gene (tumour suppressor), the synthetic lethality approach for the mutant tumour suppressor enables medical personnel to target cancer cells precisely. Prof Shim says: ‘By using high throughput screening approach, we identified Aurora Kinase A as the synthetic lethal partner of ARID1A. When the ARID1A gene mutates, as long as the activity of the Aurora Kinase A is inhibited, the cancer cells can be killed precisely.’

Prof Shim’s team has achieved good research results in animal testing. The team’s next step is to expand the application of the synthetic lethality concept to other tumour suppressor genes in colorectal and other types of cancer. Prof Shim’s team is also committed to developing new Aurora Kinase A inhibitors to treat colorectal cancer cells carrying ARID1A mutations. 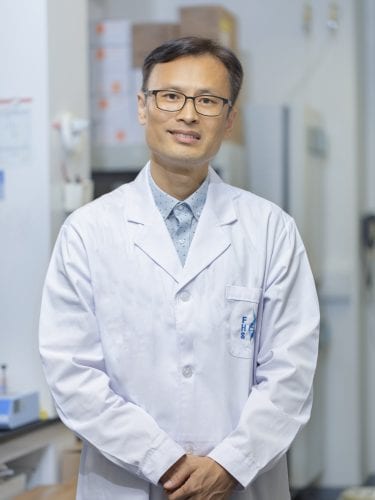 Prof Shim Joong Sup is currently studying a variety of tumour suppressor genes, including p53, PTEN, RB1, BRCA1, ARID1A, and SMAD4. He is committed to identifying their synthetic lethal partners. Before joining UM, he was a research associate at John Hopkins University School of Medicine in the United States. He is currently a member of the editorial board of the journal Molecular Medicine Reports.
ISSUE 22 | 2020