Prof Wang San Ming’s research team in the Faculty of Health Sciences recently completed a three-year study on cancer prevention in the Chinese population. This study determined the frequency of mutation-carrying and the number of carriers of BRCA1/BRCA2 gene mutations in the Chinese population and laid a solid foundation for cancer prevention through large-scale populational genetic testing. The related paper, titled ‘Prevalence of BRCA1/BRCA2 Pathogenic Mutation in Chinese Han Population’, has been published in the Journal of Medical Genetics, a sub-journal of the British Medical Journal.

Breast cancer is closely related to inherited genetic mutations, and people with mutations in BRCA1 and BRCA2 genes are at high risk for cancer. By working with a team formed by cancer experts at Shanghai Jiaotong University, Chinese Academy of Sciences, and health examination companies in mainland China, Prof Wang tested the BRCA1/BRCA2 genes of people in various Chinese provinces. He says, ‘In our study, we used second‑generation gene sequencing to collect BRCA sequences, and bioinformatics tools to analyse big sequence data with the help of the high‑performance computing cluster at the University of Macau (UM), and obtained experimental validation of the results. We screened 11,386 individuals from nearly all provinces in China. The study has found that an average of one in every 256 people in China carries a hereditary BRCA1/BRCA2 pathogenic mutation, and there are a total of 5.1 million mutation carriers in China.’ 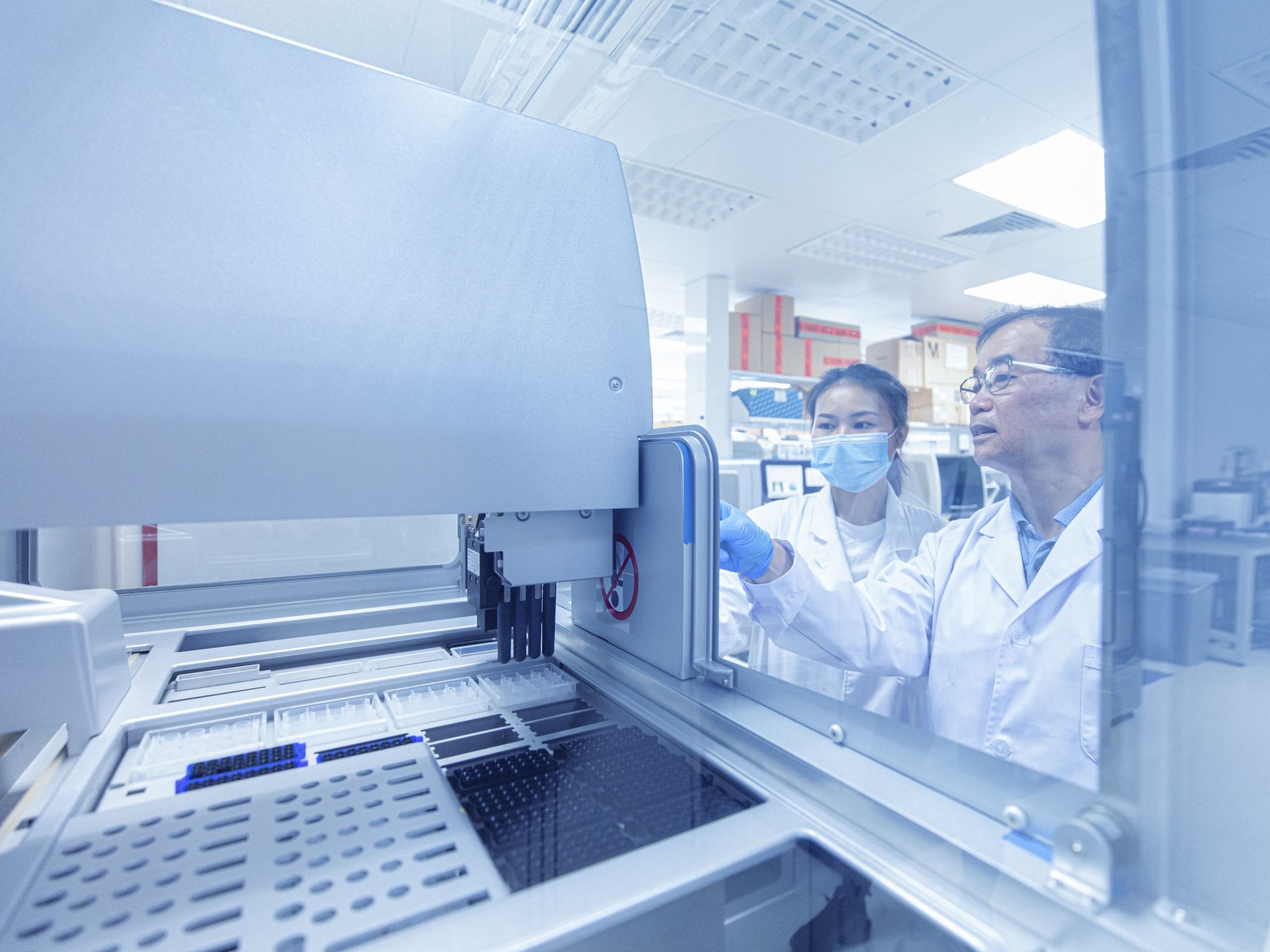 Based on the findings of the study, Prof Wang recommends that those over the age of 18 should have a BRCA1/BRCA2 gene testing during their lifetime. He explains that for mutation carriers, there are four ways to prevent cancer: regular physical examination, preventive drugs, preventive surgery, and in vitro fertilisation to prevent the transmission of hereditary genetic mutation to the next generation. 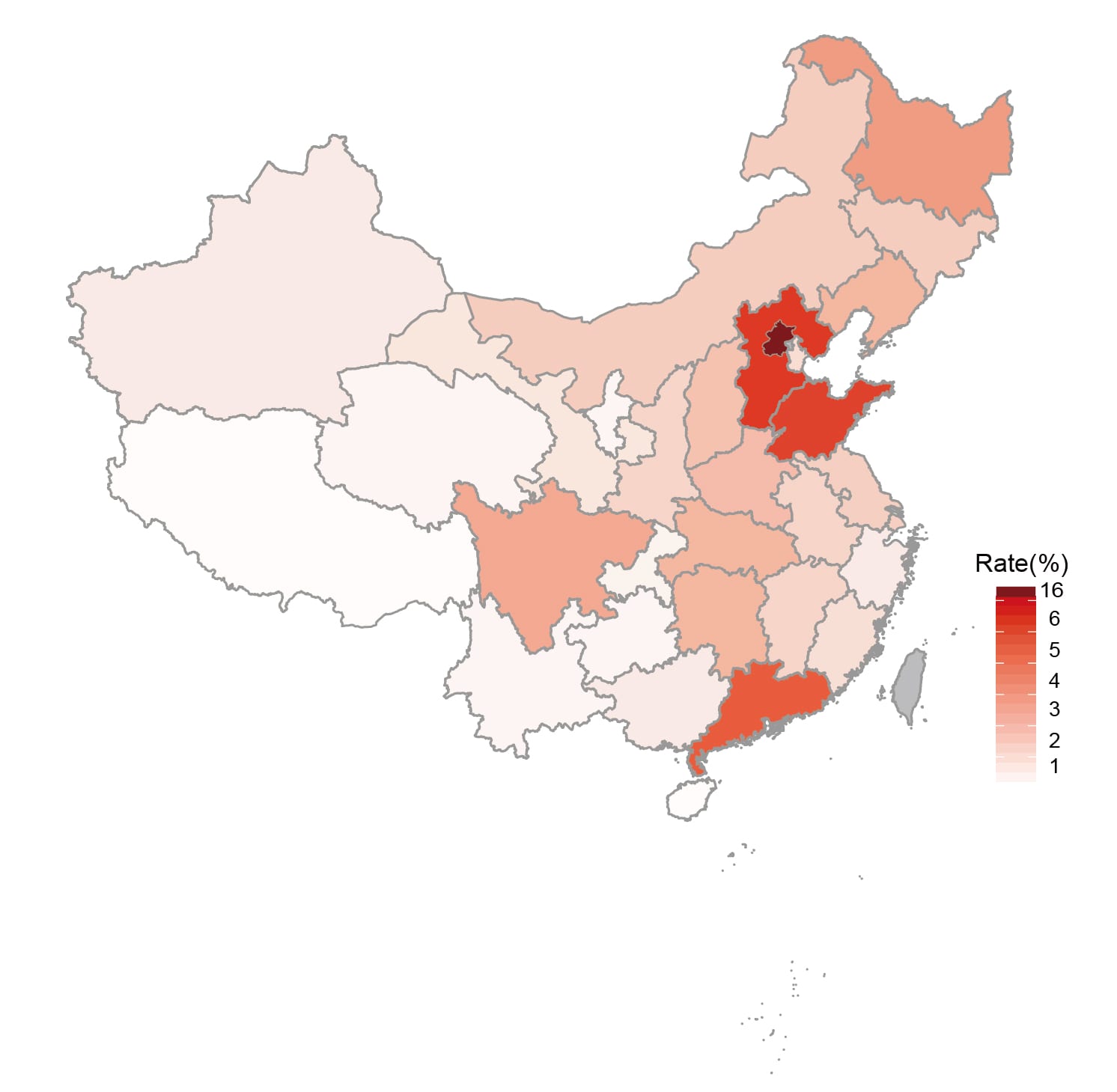 Samples used in the study originated from different provinces of mainland China. The colour gradients represent the rates of participants from each province.

According to Prof Wang, the detection of BRCA1and BRCA2 gene mutations is a low‑cost yet highly effective way to prevent cancer. Next, he plans to promote large‑scale populational genetic testing by working with the Zhuhai UM Science and TechnologyResearch Institute, which is UM’s first institute in the Guangdong‑Hong Kong‑Macao Greater Bay Area for industry‑university‑research collaboration. He says,‘BRCA1 and BRCA2 gene mutation detection has great practical value, and I hope to promote the testing services to the general public.’ 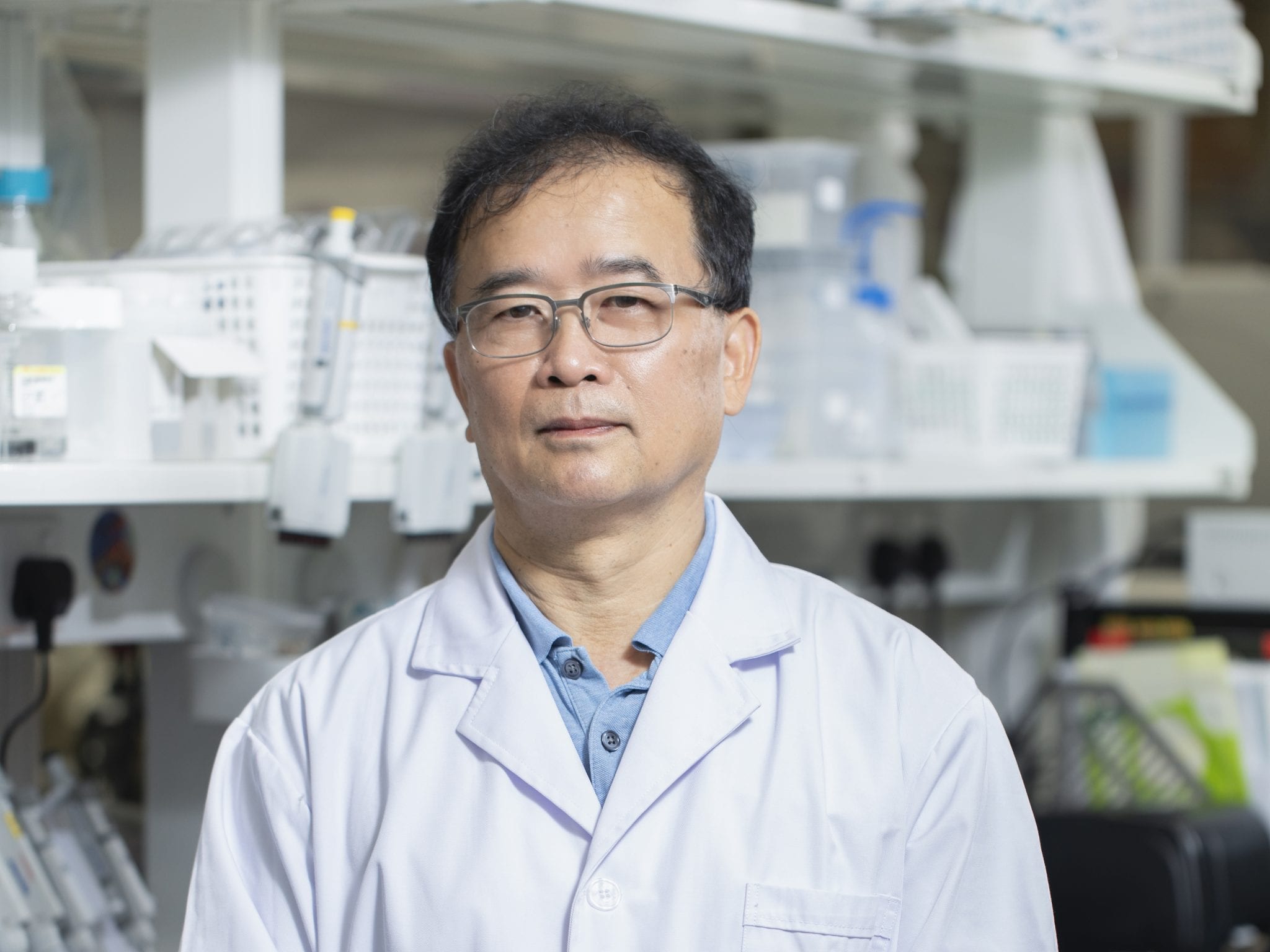 Prof Wang San Ming focuses on medical genetics, genomics, and bioinformatics approaches to understand the roles of genetic mutations in the development of cancer so that his team can develop strategies to prevent cancer caused by genetic mutations.