English Translation | Ruby Chen
Photo | Editorial Board, with some provided by the interviewees

According to GLOBOCAN, in 2018, there were about 18.1 million new cancer cases and 9.6 million cancer deaths worldwide, of which 2.1 million were female breast cancer cases causing 630,000deaths. Indeed, breast cancer has become the leading cause of cancer death in women. Prof Deng Chuxia, dean of the Faculty of Health Sciences (FHS) and director of its Cancer Centre, and Dr Chen Qiang, a senior instructor in FHS, have uncovered a new mechanism for inhibiting breast cancer metastasis and recurrence, bringing new hope for patients.

Studying the Mechanisms of Cancer

Prof Deng’s research team studies the molecular mechanisms of breast cancer development, drug resistance, and metastasis. The team’s latest study found that the susceptibility gene BRCA1 can inhibit post‑surgery breast cancer metastasis and recurrence by promoting mitochondrial autophagy and reducing the activity of inflammatory bodies. The study was published as a cover article in the internationally renowned SCI‑indexed journal Advanced Science, and opens up new directions for the treatment of triple‑negative breast cancer (TNBC). The study was jointly conducted by Prof Deng Chuxia, Prof Xu Xiaoling, and Dr Chen Qiang.

As one of the foremost Chinese‑American scientists in the field of life sciences, Prof Deng has studied the pathogenesis and treatment of breast cancer for more than two decades and has published over 380 papers on the subject. According to him, the incidence rate of breast cancer is very high worldwide, posing a serious threat to women’s health. ‘Cancer research at UM covers a variety of cancers, and our laboratory focuses on the most common types of cancer in women,’ he explains. ‘We focus on the BRCA1 gene, whose mutations increase the risk for breast cancer. We have made some good progress in studying the carcinogenic mechanism of TNBC.’

According to clinic pathological classification, about 10 to 20 per cent of breast cancer cases are TNBCs. TNBC is cancer that tests negative for estrogen receptor (ER), progesterone receptor (PR), and epithelial growth factor (HER2). If it is ER‑ and PR‑positive breast cancer, hormone therapy is possible; if it isHER2‑induced breast cancer, anti‑HER2 target therapy can be used. However, there are currently no effective targeted drugs for TNBC.

According to Prof Deng, TNBC is the most difficult‑to‑cure type of breast cancer. It not only has an earlier onset than other types of breast cancer, but also has a high degree of malignancy. Cancer cells can easily metastasise to lymph nodes and spread quickly, so the mortality rate is high. He says, ‘Even after chemotherapy and mastectomy, the risk of TNBC recurrence within the first five years is still higher than other types of breast cancer, because surgery often stimulates the body’s own immune system, causing it to release growth‑promoting factors that lead to cancer recurrence and metastasis. Therefore, it is imperative to find new effective targets for the treatment of TNBC.’

The Main Cause of Hereditary Breast Cancer 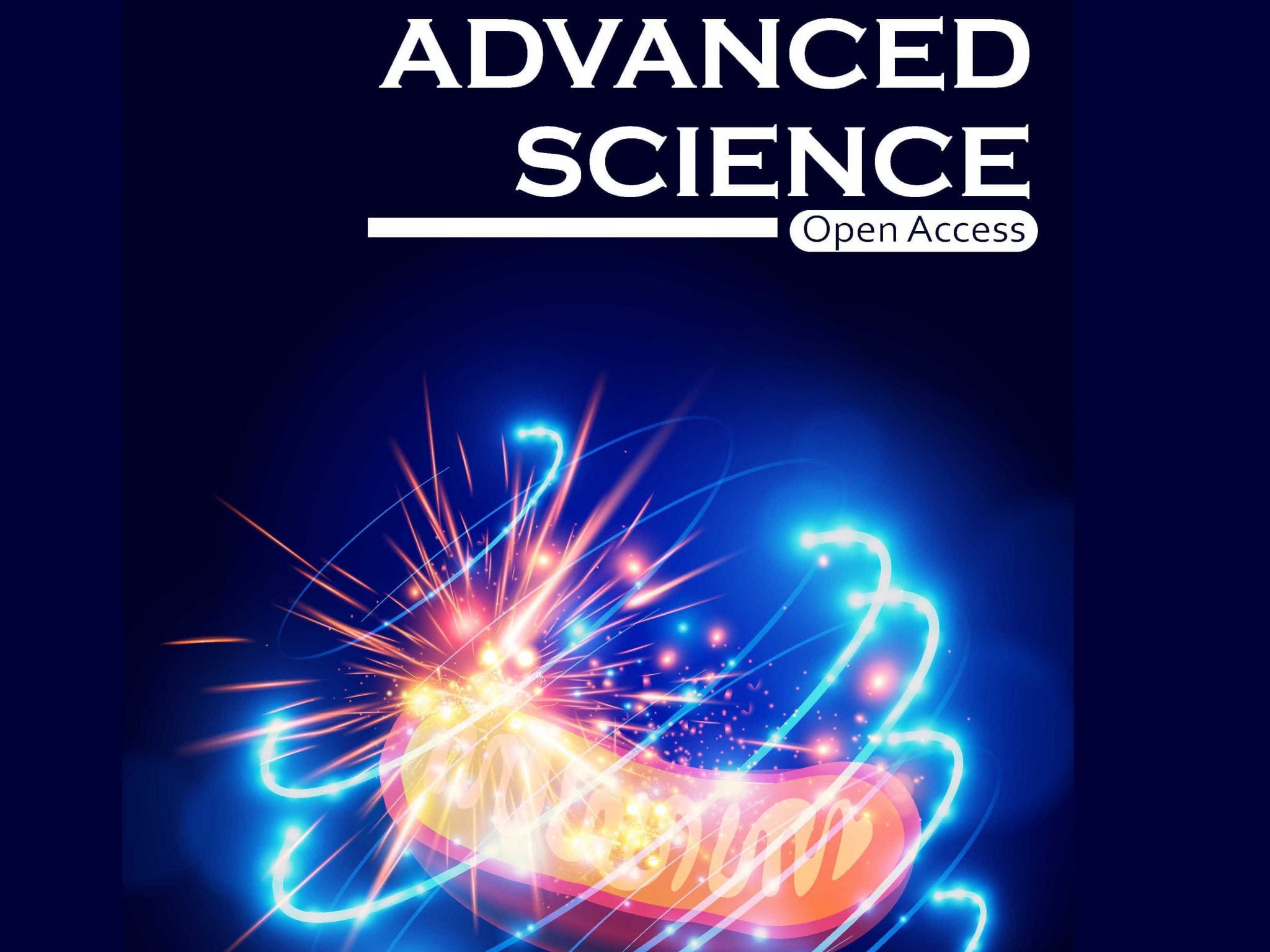 Prof Deng’s latest study has found that BRCA1 plays different roles in the nucleus and cytoplasm, which can help mitochondria maintain normal self‑repair functions (such as division, fusion, and autophagy), which are essential for cell health. But when BRCA1 mutates, it will affect the normal function of mitochondria in breast cells.

Dr Chen explains that it is when the BRCA1 gene mutates that the problem occurs. The autophagy function of the mitochondria gradually slows down, which causes damaged mitochondria to accumulate instead of being removed. It also increases reactive oxygen species, which stimulates the activity of inflammatory bodies. ‘This process will induce the recruitment of tumour‑associated macrophages and inhibit the activity of CD8+ T Cells, thereby changing the immune microenvironment of the tumour and promoting tumorigenesis and metastasis,’ Dr Chen explains. ‘Therefore, the use of inflammatory body inhibitors such as Glibenclamide can effectively relieve the recurrence and metastasis of breast cancer induced by BRCA1 mutation, which opens up a new direction for the treatment of TNBC.’

All cancers can metastasise and recur, and the situation often varies from person to person. Prof Deng says that some people have metastasised tumours before surgery or during the early stage of cancer, while others experience cancer recurrence after surgery because the surgery promoted the expression of cytokines, growth factors, and inflammatory factors, which stimulated the growth of tumours and caused cancer to recur. For this reason, Prof Deng stresses that only by identifying the characteristics of cancer genes and the carcinogenic mechanism can researchers develop tailor‑made treatment for the individual patient. This is known as ‘precision medicine’, one of the key research areas at UM.

In the next five years, Prof Deng plans to lead his research team to build a biobank of several high‑risk cancers in Macao and neighbouring regions. The team will focus on cancer‑causing mutant genes for breast cancer, nasopharyngeal cancer, colorectal cancer, liver cancer, and lung cancer, in order to identify the carcinogenic mechanism and develop preventive therapies. At the same time, they will apply precision medicine to identify the mechanism of action of cancer driver genes, and to develop personalised cancer treatment. He says, ‘UM’s research experience not only can serve Macao, but can also be extended to the Greater Bay Area to make a contribution to the health of more people.’ 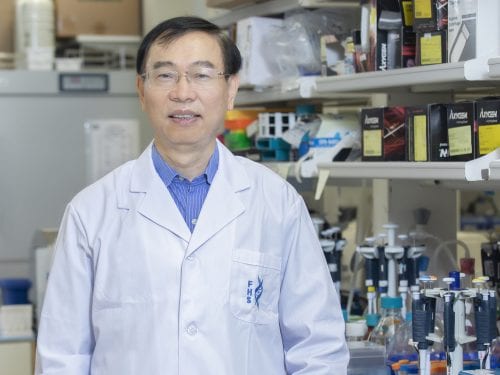 Prof Deng Chuxia assumed office as the dean of FHS in 2014. Between 1995 and 2014, he served as a tenured researcher at the United States National Institutes of Health (NIH) and the director of its genetics research laboratory. Prof Deng has been long involved in the studies of the molecular mechanisms for breast cancer occurrence and development, drug resistance, and metastasis. He has published over 380 research papers in SCI‑indexed journals. 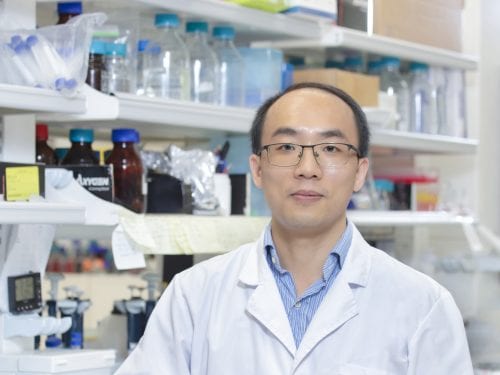 Dr Chen Qiang is a senior instructor in FHS. His main research interests are cancer development and metabolic disorders. He obtained his PhD degree in cell biology from Xiamen University and received post‑doctoral training at the NIH.