Two groups of researchers at the University of Macau (UM) and Shenzhen University (SZU) have developed a new multifunctional photosensitiser to make tumour diagnosis and photodynamic therapy (PDT) more effective. The UM group is led by Associate Professor Yuan Zhen in the Faculty of HealthSciences, and the other group is led by Prof Qu Junle at SZU.

PDT involves three components, namely light, oxygen, and light‑sensitive drugs called photosensitisers, says Prof Yuan, who is also the interim head of the Centre for Cognitive and Brain Sciences. To perform PDT, medical professionals inject photosensitisers into the patient’s body, wait for the drugs to accumulate in the cancer cells, and then shine the light of a particular wavelength onto the treatment areas to activate the photosensitisers to convert oxygen in the tumour tissue. This process generates an active form of oxygen that destroys nearby cancer cells.

The side effects of PDT are usually mild. It is mainly used to treat skin cancer. But in order to use it to treat other types of cancer, there are a few technical challenges that need to be overcome. First, the ultraviolet (UV) light commonly used in PDT cannot penetrate the superficial layers of skin to reach deeper tissues and tumours. Second, it is difficult to determine the exact location and characteristics of tumours in deeper tissues. Third, the tumour microenvironment has low oxygen levels, a condition known as ‘hypoxia’. Therefore, even when photosensitisers are activated by light in deeper tissues, there might not be enough oxygen for the drugs to work with. 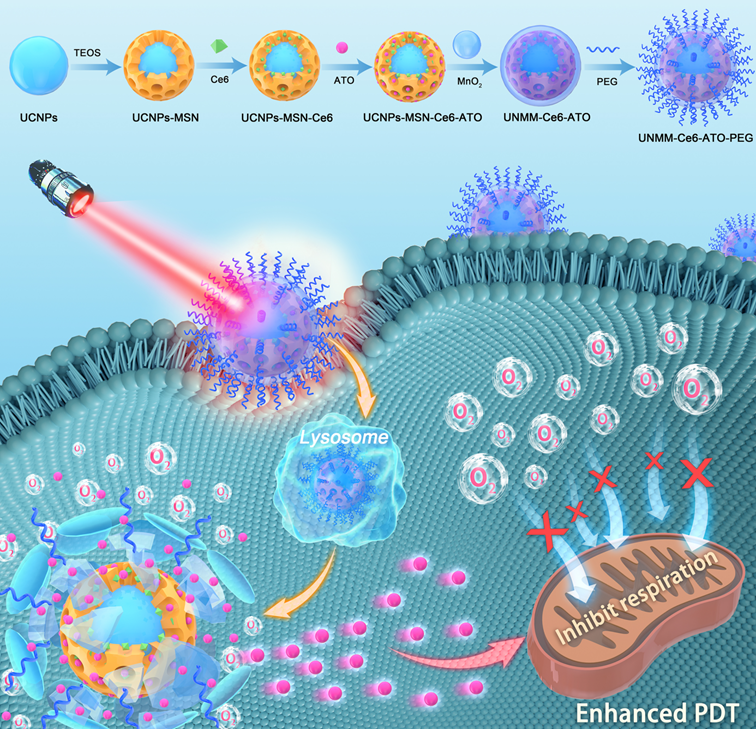 The synthesis process of the UNMM‑Ce6‑ATO‑PEG photosensitiser, developed by Prof Yuan Zhen’s team, and the photodynamic mechanism by which it kills cancer cells.

To tackle these problems, Prof Yuan’s team developed a drug for the diagnosis of and treatment for tumours. Radiographers can use this drug as a tracer in several types of medical imaging scans to generate a clear picture of tumours in deeper tissues. Furthermore, this drug can be activated under the irradiation of 808 nm near‑infrared light to produce more reactive oxygen species, which can kill cancer cells. More innovatively, this drug can also release an inhibitor to reduce the frequency of respiration of cancerous cells and their oxygen consumption. By making more oxygen available in the tumour microenvironment, this drug can increase the effectiveness of PDT.

Several groups of tumour‑bearing mice received different types of treatment, including the injection of UNMM‑Ce6‑ATO‑PEG. This graph shows the mice’s survival rates after treatment.

A research paper on this drug has been published by Biomaterials, a leading academic journal in the field. Given the photosensitiser’s enormous clinical potential, Prof Yuan’s team plans to apply for a patent and to work with experts at other universities for further clinical tests. 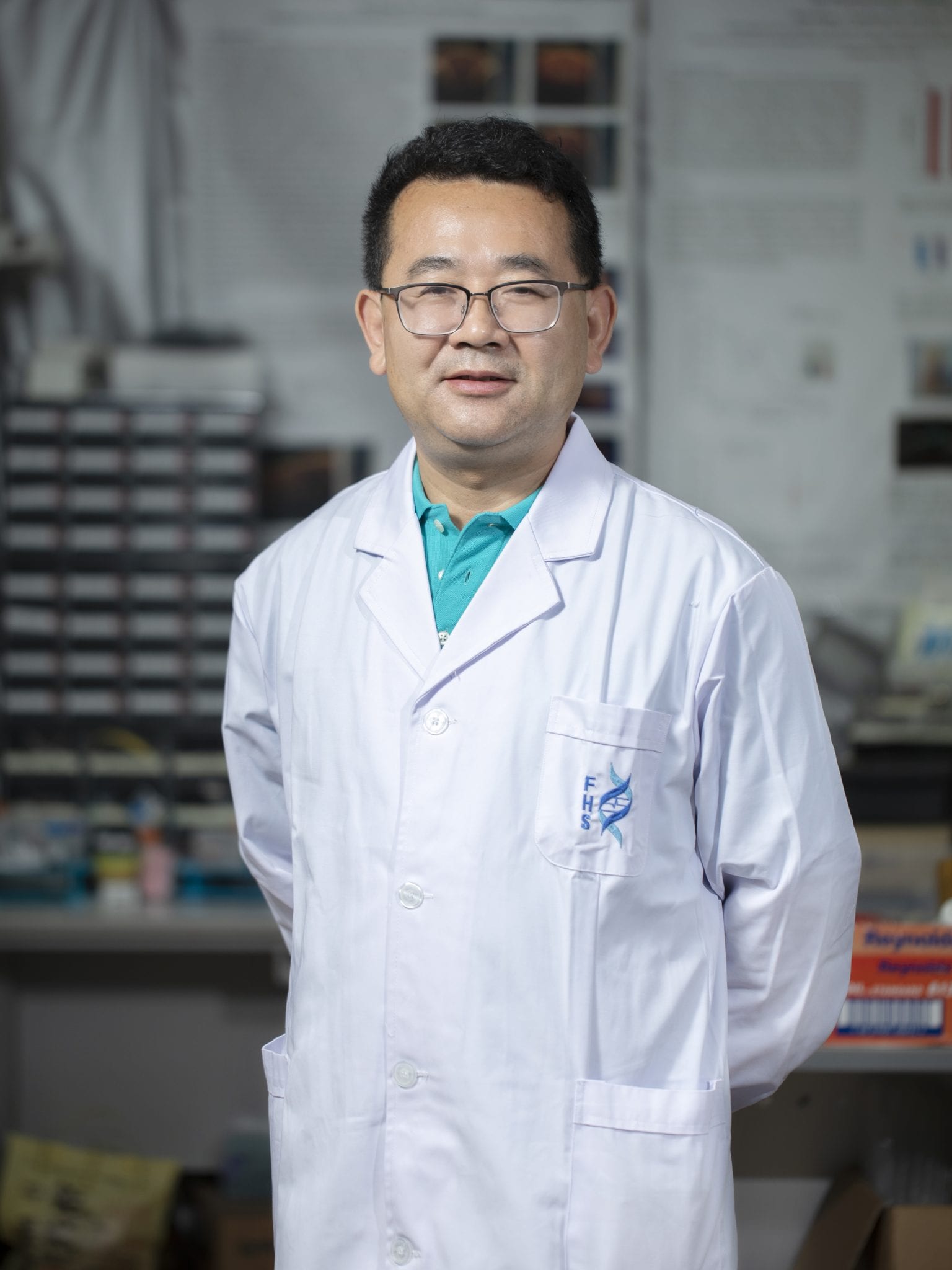 Prof Yuan Zhen’s research interests include biomedical photonics, neurosciences, neuroimaging, and cancer research. He has published over 200 articles in SCI‑indexed journals. He is an associate editor of both BMC Medical Imaging and Frontiers in Human Neuroscience, as well as a member of the editorial board of Quantitative Imaging in Medicine and Surgery.