Over the past two decades, the University of Macau (UM) has progressed in leaps and bounds, with particularly remarkable achievements in the past ten years. In order to further enhance the university’s research capacity, the management team has drawn a new research blueprint, under which existing disciplines that reflect the university’s strengths as well as selected emerging disciplines will be given priority, according to Prof Ge Wei, the university’s vice rector for research. Prof Ge adds that in line with global trends, the university will also support interdisciplinary research projects, especially those in the fields of humanities and social sciences as well as science and technology.


UM attaches great importance to academic research and technological innovation, with a group of dedicated and innovative researchers carrying out cutting-edge research in various areas, including cancer, engineering and materials, artificial intelligence, Chinese medical sciences, microelectronics, cognitive and brain science, data science, literature, history, social sciences, law, education, and business administration. According to statistics from the Web of Science, the number of high-quality papers published by UM scholars increased from around 140 in 2009 to more than 1,500 in 2018, a tenfold increase in ten years. The citation frequency of the published papers has increased 800 times, from 30 in 2000 to around 24,400 in 2018. The university has also established three state key laboratories with the approval of the central government. Multiple research projects conducted by the three laboratories have won international awards. In recent years, UM is actively promoting collaborative projects between the university and industry in order to promote the development of society through research. 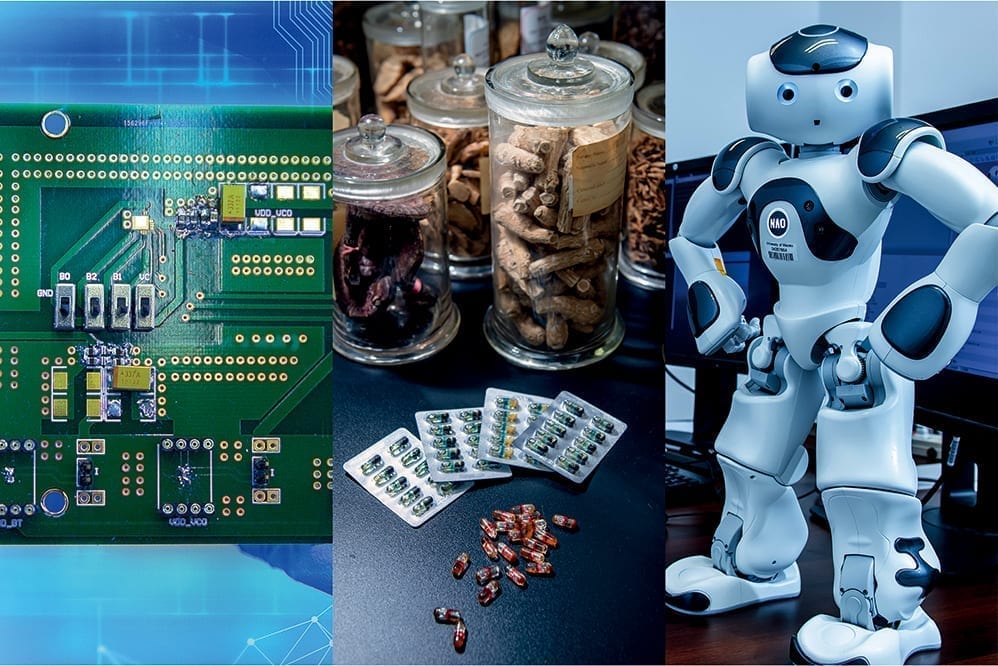 UM has drawn a new research blueprint, under which existing disciplines that reflect the university’s strengths as well as selected emerging disciplines will be given priority.

Prof Ge explains that at the core of the new research blueprint is a ‘3+3+3+3’ model, which refers to UM’s three state key laboratories, three new key research areas, three interdisciplinary research fields, and three research platforms for humanities and social science. At the same time, the university also plans to devote more resources to research fields that reflect both Macao’s distinctive characteristics and global trends.

The three state key laboratories at UM carry out cutting-edge research in microelectronics, Chinese medicine, and Internet of Things applications for smart cities, respectively. In 1995, UM successfully developed its first microelectronic chip. Today, chip research has become a main research area at the university. The State Key Laboratory of Analog and Mixed-Signal VLSI has repeatedly distinguished itself at the International Solid-State Circuits Conference of the Institute of Electrical and Electronics Engineers. For instance, at the 2019 conference, eight papers from the laboratory were accepted, ranking UM second in the world tied with two other institutes, and next only to Intel. The State Key Laboratory of Quality Research in Chinese Medicine has established a world-class innovation platform for Chinese medicine. The innovative products developed by the laboratory have won many special science and technology awards in Macao as well as a second prize of the State Scientific and Technological Progress Award. The State Key Laboratory of Internet of Things for Smart City, established in 2018, is committed to supporting Macao’s development into an ‘Internet Plus’ smart city through research on network connectivity and integration of IoT modules. 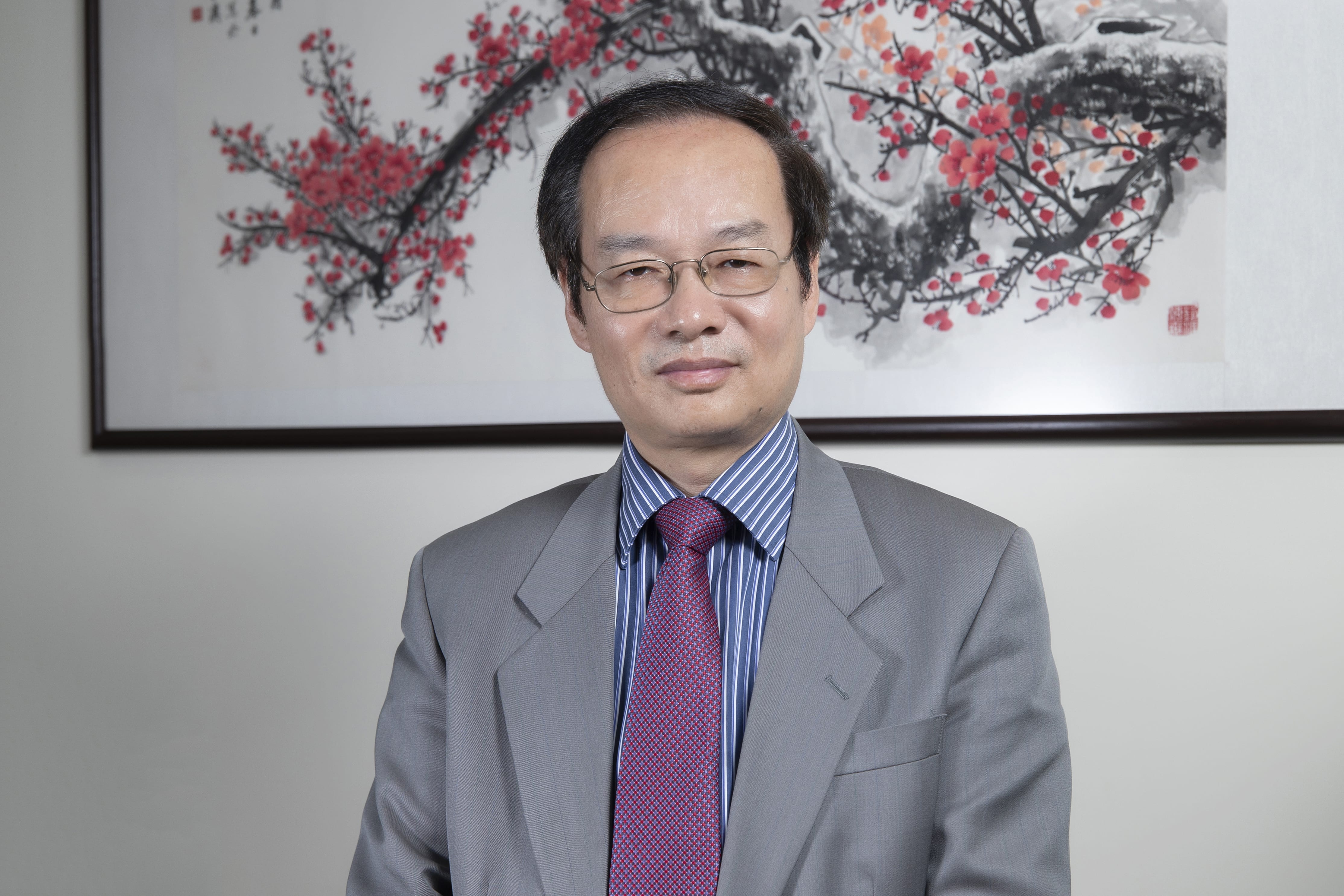 UM also vigorously supports three newly identified key research areas, namely precision medicine, advanced materials, and regional oceanography. Over the past few years, UM has made significant progress in the fields of precision medicine and advanced materials. According to Prof Ge, several years ago, 85 square kilometres of waters surrounding Macao were demarcated to be under Macao’s jurisdiction, which created a need for research in marine engineering, marine disaster prevention, and marine environmental science.

The clear boundary that used to exist between the two major academic domains, namely science and technology, and humanities and social sciences, is becoming increasingly blurred. Today, interdisciplinary research seems to be an inexorable trend. At UM, the Institute of Collaborative Innovation’s research centres focus on three interdisciplinary fields: artificial intelligence, cognitive and brain science, and data science. Earlier this year, UM established two joint laboratories with institutes under the Chinese Academy of Sciences to study artificial intelligence and cognitive and brain science. The Centre for Data Science is expected to provide powerful computational support to various disciplines at UM.

UM currently has three major research platforms for humanities and social sciences, namely the Centre for Macau Studies (CMS), the Asia-Pacific Academy of Economics and Management, and the newly established Institute for Advanced Studies in Humanities and Social Sciences (IASHSS). The CMS has always been a prestigious institute for Macao research. The Journal of Macao Studies, a collaborative publication between the centre and Macao Foundation, is the most authoritative comprehensive academic journal on Macao studies. The Macao Law Review, published by the university’s Faculty of Law, is a main academic platform for Macao’s legal system construction under the ‘One Country, Two Systems’ policy. The South China Quarterly, a journal founded by UM, is now ranked among the top humanities journals in China and serves as a platform for sharing quality academic results in humanities in South China. 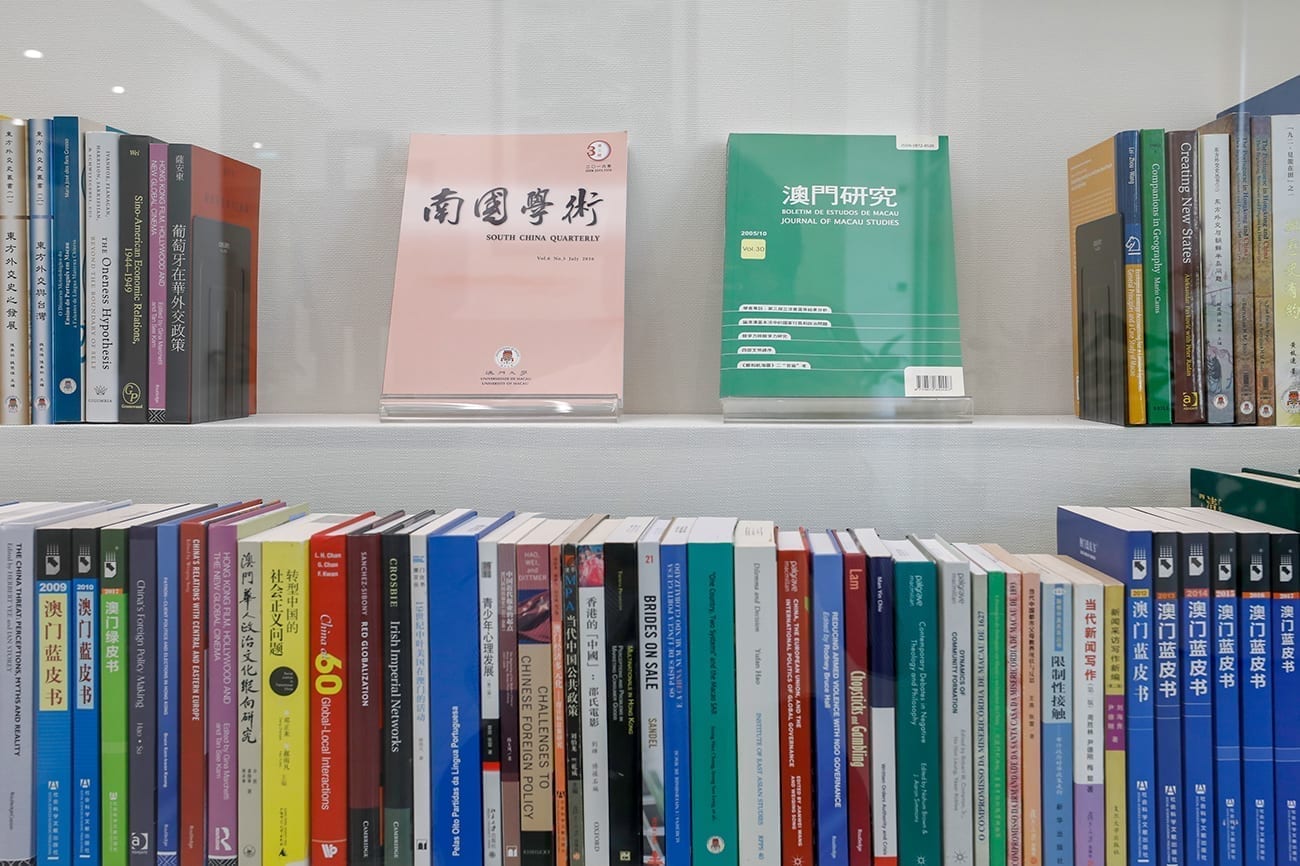 According to Prof Ge, the IASHSS coordinates the efforts of the research teams in the Faculty of Arts and Humanities, Faculty of Social Sciences, Faculty of Business Administration, Faculty of Education, and Faculty of Law. The institute will also recruit high-calibre researchers to undertake thematic projects. Rather than serving a set of established objectives, the institute will identify its priorities to reflect the latest social developments. Scholars will work in the institute on certain projects without a permanent position, and their duties will be discharged once their projects are completed. ‘The institute can also bring in distinguished scholars from outside UM to carry out short-, medium- or long-term research projects, which will promote collaboration between UM scholars and their peers from other institutions,’ Prof Ge says.

In 2016, UM established the Centre for Innovation and Entrepreneurship to provide a platform for faculty members and students to implement their creative ideas and commercialise their research results. Each year, around 10 to 20 entrepreneurial teams with promising business ideas are incubated in the centre. Successful examples include Macao Biotech Co., Ltd. (which has developed an innovative system that can transport stem cells at room temperature) and Tianyi Technology Co., Ltd (which focuses on the analysis and quantification of disease-related protein molecules). In order to strengthen the protection of its intellectual property, UM has established a wholly-owned subsidiary, UMTec, which is a technology company authorised by the university to manage its intellectual property as well as the development and application thereof. 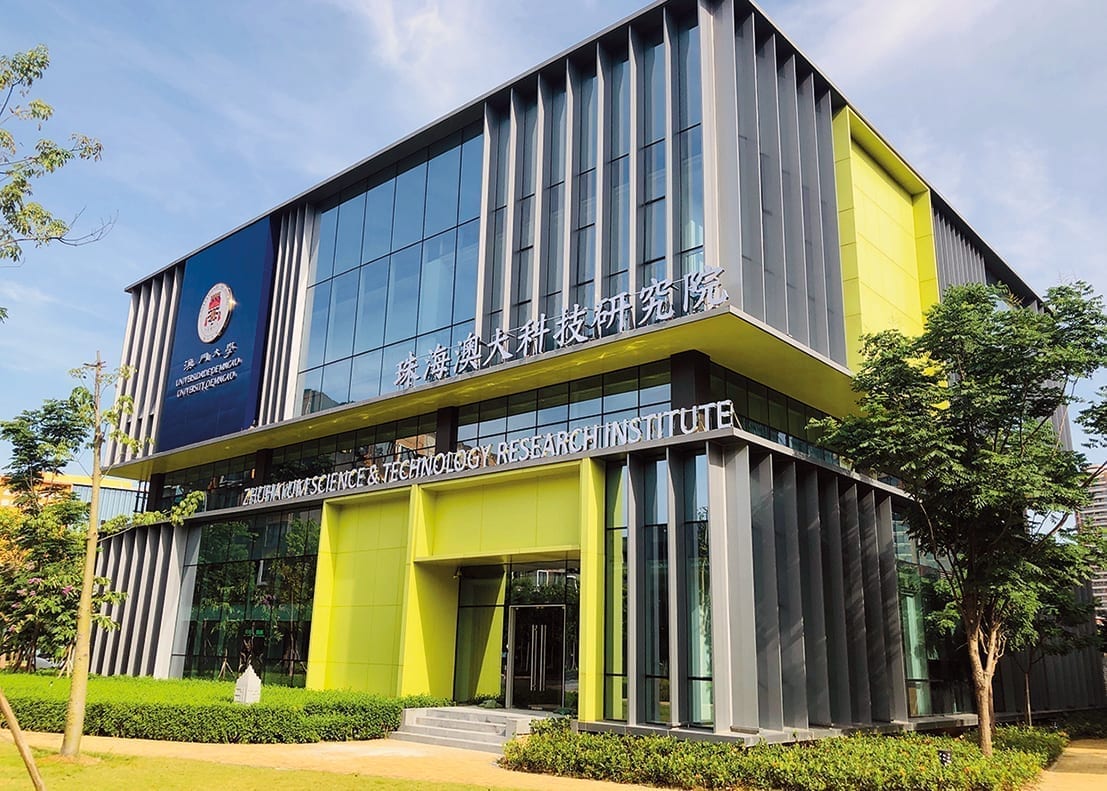 The Zhuhai UM Science & Technology Research Institute is UM’s first demonstration base for academia-industry collaboration in the Greater Bay Area.

UM also actively explores opportunities in the Greater Bay Area. The establishment of the Zhuhai UM Science & Technology Research Institute on Hengqin Island, which is the university’s first demonstration base for industry-academia cooperation in the Greater Bay Area, is a major step to this end. With the support of the university’s three state key laboratories and competitive disciplines, the institute carries out research and development in chip design, Internet of Things applications for smart cities, materials technology, quality of traditional Chinese medicine, and cancer diagnosis and treatment.

Creating an Environment to Support the University’s Development

UM and Macao over the Past 20 Years