Skip to content
Establishing a New Platform for Chinese Medicine

The University of Macau’s (UM) Institute of Chinese Medical Sciences (ICMS) and State Key Laboratory of Quality Research in Chinese Medicine (the Lab) have established a platform for the commercialisation of new technologies in Chinese medicine, in collaboration with Peking University’s State Key Laboratory of Natural and Biomimetic Drugs and the Industrial Park in Hengqin. Prof Wang Yitao, director of both the ICMS and the Lab, says that establishing a presence in the Industrial Park is only one step the institute is taking to explore an innovation-driven path that aims to answer the nation’s needs by tapping into Macao’s advantages. With the progress the institute has already made, integration with the Greater Bay Area will provide greater scope for personnel training and research development.

On 18 February 2019, the Chinese government released The Outline of the Strategies for the Development of the Guangdong-Hong Kong- Macao Greater Bay Area (the Outline). Some of the strategies mentioned in the document concern traditional Chinese medicine. For instance, establishing a high-quality platform for technology and innovation, providing support for the construction of a Traditional Chinese Medicine Science and Technology Industrial Park (the Industrial Park) and other major projects to facilitate innovation in Hengqin, and providing support for the establishment of a platform to promote the development of the Chinese medicine science and technology industry in Macao. Several months before the release of the Outline, President Xi Jinping inspected the Industrial Park, demonstrating the government’s commitment to promoting the development of Chinese medicine. 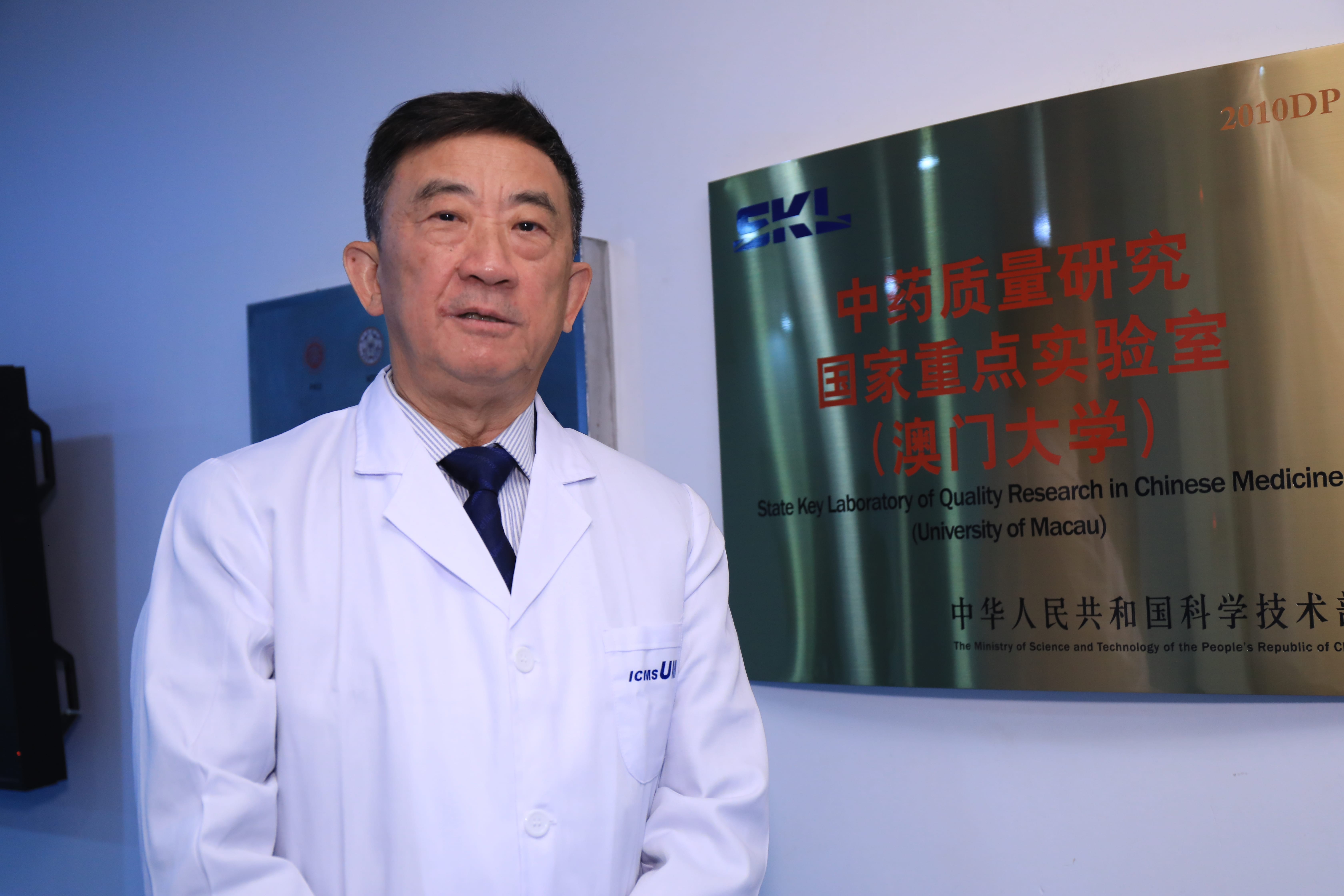 Prof Wang is an eminent expert on Chinese medicine. His main research interest involves Chinese medicine quality system evaluation. As a researcher, he is innovative and rigorous. As an educator, he believes in tailoring his teaching methods to student aptitude. Under his leadership, the faculty members and postgraduate students in the institute have won numerous honours and widespread recognition from their peers both at home and abroad. A research project on using DNA barcoding for identifying the species of medicinal plants, jointly conducted by Prof Wang’s team and researchers at Peking Union Medical College and other institutions, received a second prize of the State Scientific and Technological Progress Award in 2016, a Medal of Merit-Education from the Macao SAR government in 2011, and a special award at the Macao Science and Technology Awards in 2018.

According to Prof Wang, there are currently five research centres under the institute, which are dedicated to studying the effectiveness, safety, stability, controllability, and clinical applications of Chinese medicines. With the support of the Macao SAR government, the target screening centre and pharmaceutical engineering centre became operational earlier this year. ‘The centres are equipped with state-of-the-art devices, which are used in the separation and analysis of the ingredients of Chinese medicines; structure identification; studies of metabolomics, proteomics, pharmacological activity, and mechanism of action; development of new forms of drugs and new techniques; and quality evaluation. ‘We hope to create world-class conditions to support the state key lab in its scientific research, commercialisation of research results, and product development,’ says Prof Wang. 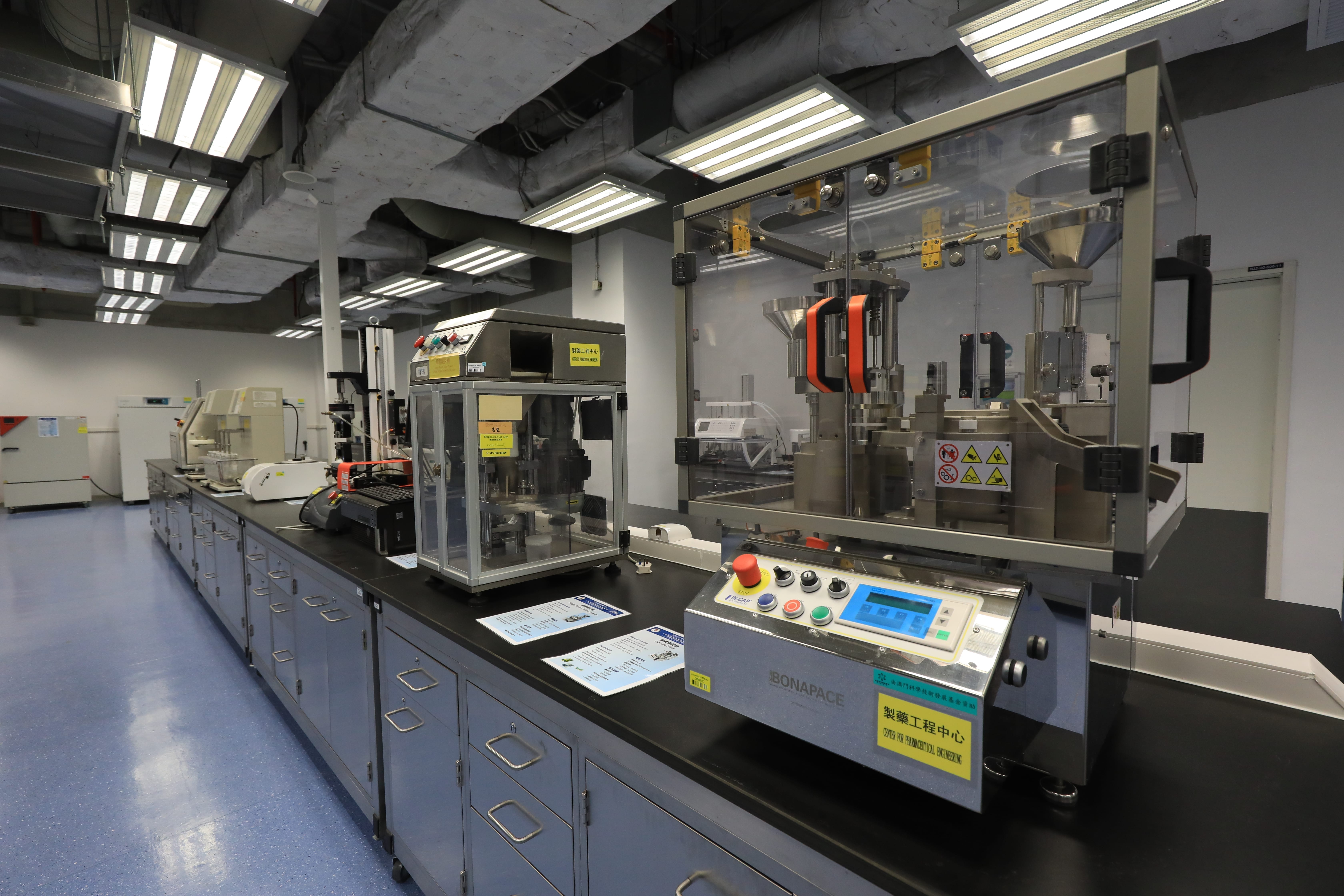 Over the years, the ICMS has produced more than 500 graduates, many of whom are now key players or work in senior management positions in medicine, health, and other related industries in Macao. Those who graduated from PhD programmes and chose to pursue further education were accepted by world-renowned universities such as Harvard University, Yale University, the University of Chicago, the University of Cambridge, and Leiden University. After graduating from these universities, some became professors or were appointed to other senior academic positions at renowned universities in China such as Peking University, Tsinghua University, Zhejiang University, and UM play a key role in promoting the innovation and internationalisation of Chinese medicine in Macao and mainland China, while others were hired as senior management or research scientists at pharmaceutical companies ranked among the top 500 in the world.

Prof Wang is very excited about the achievements of the alumni. He says, ‘In terms of academic programmes offered by our institute, it’s worth mentioning a few things. First, we are innovative and meet international standards in our curriculum design. Second, English is our teaching language. Third, we are engaged in innovative, interdisciplinary research and launch joint programmes with renowned universities in the world. These three characteristics have made our institute the focus of attention in the international community.’ 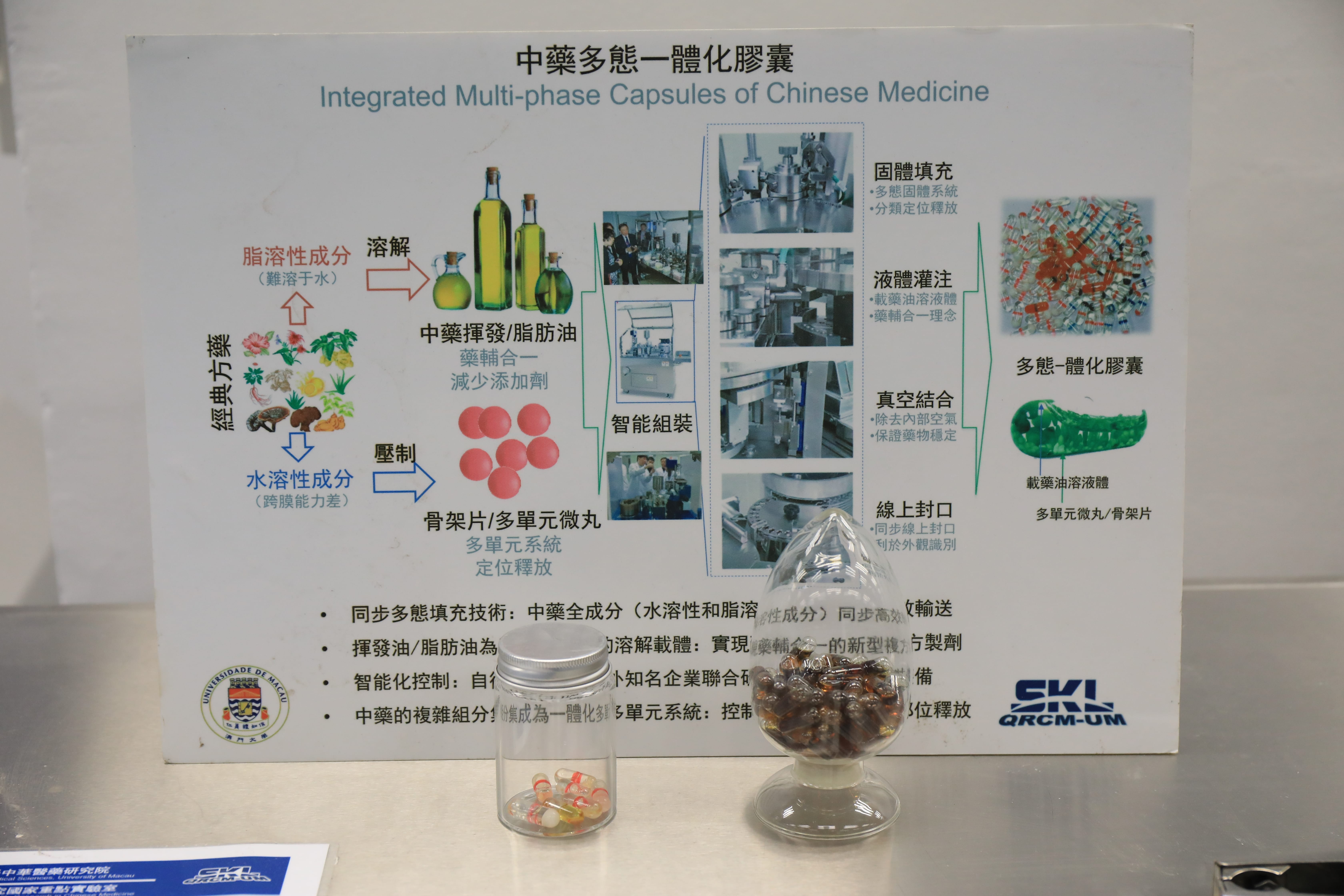 The world’s first multi-phase capsule developed by the lab

On 6 March 2011, with state leaders as witnesses, the governments of Guangdong province and the Macao SAR signed a framework collaboration agreement, signalling the official start of close cooperation between Guangdong and Macao. On 19 April of the same year, a groundbreaking ceremony was held for the Industrial Park, the first collaborative project between Guangdong and Macao. In 2010, the institute began to fully participate in the preparation and construction of the Industrial Park in Hengqin by providing support for the development and registration of new products, quality evaluation, pilot-scale production, personnel training, and the establishment of a centre for innovations in Chinese medicine, a joint project between UM and Peking University. In 2018, on the first leg of his tour of Guangdong province in celebration of the 40th anniversary of China’s reform and opening-up policy, President Xi visited the Industrial Park in Hengqin, where he made a special stop at the centre for innovations in Chinese medicine and talked to several alumni of the ICMS.

From Tradition to Innovation: Lampo Leong’s Interdisciplinary Approach to Art and Design