Skip to content
Online Gaming and Addiction in Macao

Do you enjoy online gaming? Gaming is one of the most popular online activities in the world, especially among young people. It is estimated that there were 442 million online gamers in China in 2017, an increase of 36.4 per cent when compared to 2011. With such rapid growth in popularity, gaming is no longer mere entertainment. Competitive gaming is a good example; gaming has been included as an officially-recognised sport in the 2022 Asian Games. Specific courses, programmes, and even educational institutions have been established for this new type of sport, such as the eSports Academy in Hong Kong and eSports training center in Overseas Chinese University, Taiwan.

Why do people play online games? Despite the flourishing of eSports and other associated businesses, our earlier online survey shows that the most common reason for Chinese people to engage in online gaming is still ‘recreation’. ‘Coping with stress’ and ‘escaping from reality’ are the second and third reasons commonly reported. Indeed, online gaming not only brings fun to gamers but also keeps them psychologically away from daily hassles and problems. This effect, however, can only be temporary and will impose a potential threat to an individual’s well-being if gaming is taken as the sole solution for real-life problems. Our survey provides empirical evidence that people with higher general and escape motives for online gaming are more vulnerable to Internet Gaming Disorder (IGD), which is generally regarded as a specific type of behavioural addiction.

The American Psychiatric Association (APA) has classified this disorder as a clinical condition for further study in the fifth edition of Diagnostic and Statistical Manual of Mental Disorders (DSM-5) in 2013. Therefore, a careful look at the potential psychological harm of gaming is warranted. In particular, who is more susceptible to IGD? How is IGD threatening to our well-being? And what can we do to improve the situation? Our research team has interviewed 1000 Macao residents via a telephone survey in order to provide insights for these questions. 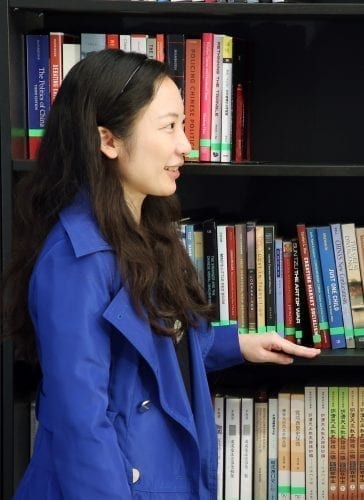 The author Anise M S Wu is currently a professor of psychology at the University of Macau. Her main research interest is individual and public health, with focus on addictive behaviours (including gambling, gaming, internet use, excessive spend¬ing, and substance use), organ donation, volunteerism, and the well-being of older adults

Despite the fact that online gaming has greatly increased in popularity, the knowledge regarding its associated addiction and influence is relatively limited, and hence the controversy of defining IGD a mental illness remains heated. The APA tends to classify it as a type of Non-Substance- Related Disorder (also called behavioural addiction, with gambling disorder as another example) but is calling for more empirical evidence before making the final decision. The World Health Organisation has recently defined Gaming Disorder, in the draft 11th Revision of the International Classification of Diseases (ICD-11), as a behavioural pattern of digital-gaming (or video-gaming) that is ‘characterised by impaired control over gaming, increasing priority given to gaming over other activities to the extent that gaming takes precedence over other interests and daily activities, and continuation or escalation of gaming despite the occurrence of negative consequences’.

This definition is somehow consistent with nine diagnostic symptoms of IGD listed in the DSM-5 by the APA: (i) preoccupation with online gaming; (ii) withdrawal symptoms; (iii) tolerance development; (iv) repeated failure to reduce or quit online gaming; (v) loss of interest in previous hobbies/entertainment; (vi) continued involvement despite knowledge of psychosocial problems; (vii) deception about online gaming involvement; (viii) mood modification via online gaming; and (xi) risking relationships or opportunities. These symptoms are commonly reported by gaming addicts and thus can be used by researchers, including those in our research team, to screen probable problem gamers. 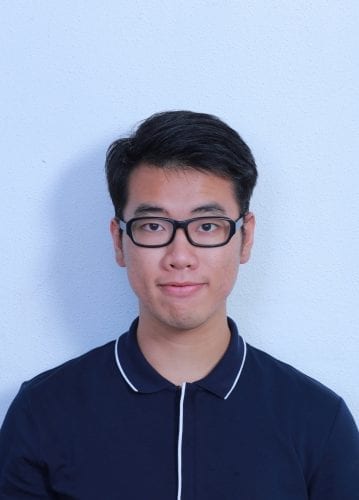 The author Karlas K H Leong received his bachelor’s degree in psychology from the University of Macau in 2017. He is now a research assistant for Prof Wu Man Sze and is actively preparing himself for his future academic career.

What sex or age group is more susceptible to IGD? A systematic review of 37 cross-sectional studies found a large variation of IGD prevalence across populations (0.7% to 27.5%). Since online gaming involvement is relatively higher among young people, it is no surprise to find that the spotlight of the existing literature went to middle school students or adolescent gamers rather than other age groups. Our telephone survey is the first attempt to examine the prevalence of IGD with a representative adult sample in a Chinese community. Based on the survey data, the estimated prevalence was about 2.0 per cent among adult Chinese residents in Macao. Among those who had online gaming experience in the past year, the prevalence was 4.3 per cent, which is comparable to the prevalence estimated among some adolescent gamer samples. Therefore, adult gamers are as vulnerable as adolescent gamers to IGD and thus adequate intervention attention should also be allocated to adult gamers. In addition, men are generally expected to be more susceptible to this disorder than women. Our data, however, did not demonstrate a very big gender difference among our Chinese adults.

Our survey found that psychological distress such as depression and anxiety were positively associated with IGD. We cannot test their causal relationship but speculate a vicious loop: high psychological distress may predispose online gamers to excessive gaming, while IGD gamers may also have a problematic lifestyle (eg, sleeping deprivation, mental strain, and social isolation) which results in more distress. In addition to risk factors, our survey data also identified protective factors and found that Macao gamers with higher levels of psychological resilience (ie, capability to rebound from adverse situations) and purpose in life (ie, perception of a meaningful life) reported fewer symptoms of IGD. As suggested by positive psychology theories, these positive psychological attributes may protect adult gamers from developing psychosocial problems, including IGD.

Given the increasing online gaming involvement of both genders and across age groups, excessive and problematic gaming is a public health threat to our society. Public awareness of such type of addiction and associated problems should be promoted. Future prevention programmes for IGD could work on increasing individuals’ psychological resilience and help them to find their purpose in life. Active coping of psychological distress should also be considered in those programmes. In Macao, further resources should also be allocated to research and intervention programmes. Will ‘responsible gaming’ be an effective strategy for IGD prevention? We look forward to empirical findings to give us the answer.

History and Perspective of Quantum Computation