Skip to content
UM – the First Choice for Returning Expatriates

Encouraging overseas-educated, talented citizens to return and serve their home city can provide a fresh impetus for the city’s development and increase its competitiveness. The Macao SAR government has launched various incentives in recent years to achieve this very purpose. In an effort to support the government policy, the University of Macau (UM) tries to lure overseas-educated Macao residents by offering attractive working conditions and career advancement opportunities. As a result, many overseas-educated scholars have joined UM, hoping to advance their careers.

The best people want to go where they can achieve their full potential. So career prospects and an environment conducive to innovation are their key considerations. UM obviously meets these two criteria for Greta Mok, associate professor from the university’s Faculty of Science and Technology. She says, ‘I made the right decision to come back.’Mok developed a strong interest in medical imaging at a young age. After graduating from college in Taiwan, she skipped master’s studies and was admitted directly to a doctoral programme at Johns Hopkins University in the United States. Five and a half years later, bored by life in the US, she went to Hong Kong to explore career opportunities. But after staying in Hong Kong for some time, she realised that she had very limited career options there, so she began to look elsewhere. It was then that UM appeared on her radar. 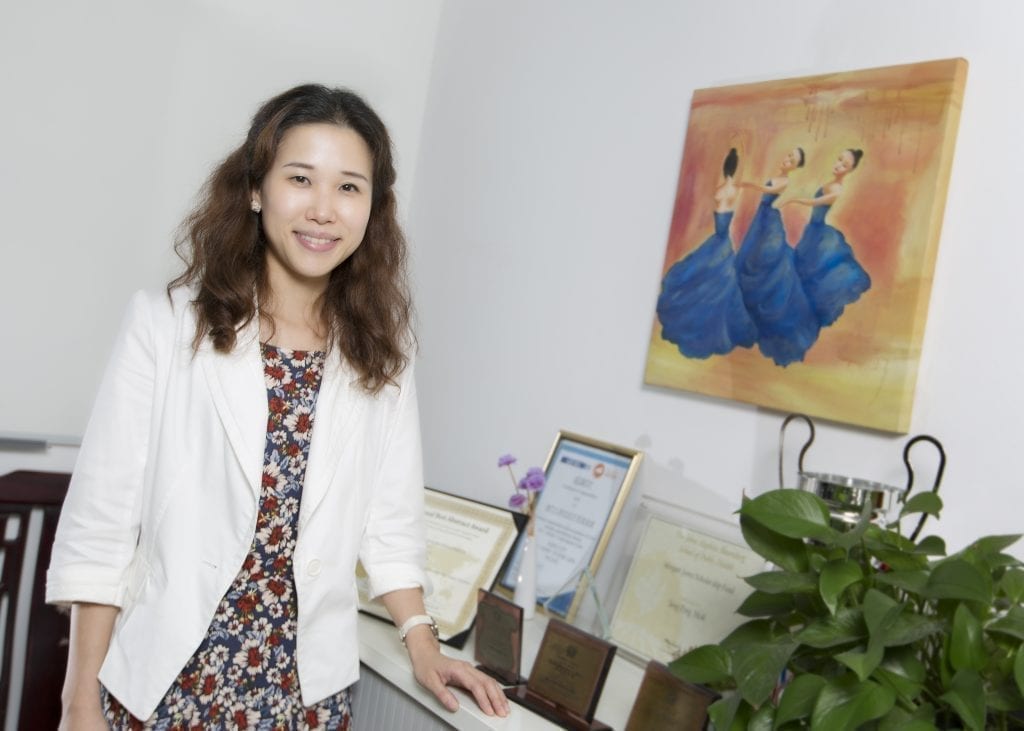 Greta Mok, associate professor from the Faculty of Science and Technology

Prof Mok has been working at UM for seven years. She appreciates the trust and support she receives from the university, which has enabled her to constantly explore new frontiers in her research. This year, her hard work came to fruition. Her research team received three international awards, including a first prize at the Asian Nuclear Medicine Academic Forum, as well as an International Best Abstract Award and a third prize of the Computer and Instrumentation Council (CalC) Young Investigator Award at the 64th Annual Meeting of the Society of Nuclear Medicine and Molecular Imaging. They were the first team from the Greater China region to be shortlisted for and receive the Young Investigator Award. It represents the best result Asia has ever achieved in this categotry.

Prof Mok says that receiving these awards for China and Macao is of great significance and marks a milestone in her career. She adds that none of this would have been possible without the support of the government, UM, and students. ‘To produce good results, we need to have good ideas, good students, and good teachers,’ says Mok. ‘The team must have a clear idea about the new issues in the world that need to be addressed. They must also garner support from various parties. Macao is a small city. Different teams are geographically close, which makes inter-departmental collaboration easier.’ 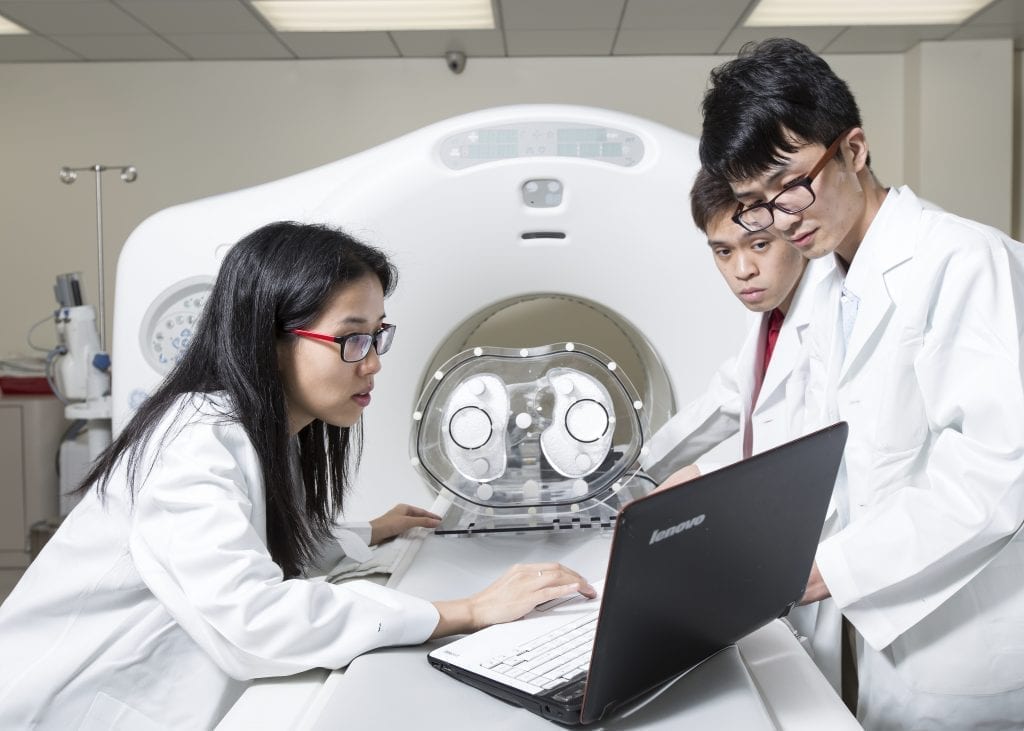 Besides being an educator and researcher, Prof Mok is also the founder of the Macao
Society of Nuclear Medicine and Molecular Imaging, which is dedicated to promoting the development of nuclear medicine and its clinical applications in Macao. Prof Mok hopes that the research findings from the society will benefit Macao residents. For example, targeted radionuclide therapy has noticeable effects on various primary and secondary cancers. Radioactive iodine therapy is one of the best ways to treat thyroid cancer. She is now working towards the introduction of this therapy in Macao. Next year, Prof Mok and her students will conduct research at the Medical School of the University of Massachusetts. She expects the experience to improve her team’s research capability, and help them develop a global mindset and bring back new technologies.

Prof Mok believes that family-related factors are the greatest magnet that attracts overseas-educated locals, followed by societal progress. And the combination of both is the best way to attract the best people. She suggests that the Macao government should diversify the city’s economy and implement a programme that is similar to the 1,000-Expert Programme in mainland China, so as to create more job opportunities that match the expertise of overseas-educated people.

Introducing overseas-educated people can bring different perspectives and new technologies, which will in turn promote social progress amid the trend of globalisation. As Lau Yun Tung, master of UM’s Chao Kuang Piu College, puts it, ‘Talent development starts with the residential colleges.’

After working in the US for more than 30 years, Lau visited UM through an exchange activity organised by the Talent Development Committee of the Macao SAR government. During the visit, he was invited to serve as a
visiting scholar at UM. ‘I lived in one of the residential colleges for two weeks, and joined the students in various activities, which helped me gain a deeper understanding of the residential college system. I hope to apply my past experience to my current job,’ he says. 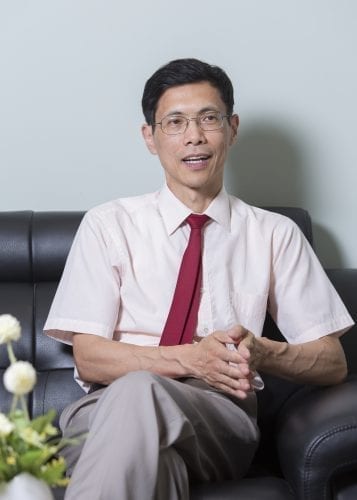 Passionate about physics, Lau was admitted to the Massachusetts Institute of Technology after graduation from college. He was a physics researcher at the National Aeronautics and Space Administration of the United States. He has also worked in a management position at a listed IT company for many years. He says, ‘My decision to go to the US for further studies was driven by interest. At the time the science majors offered by universities in Macao didn’t interest me, and career options that matched my interest were also nonexistent, so I decided to go to the US. ’

UM implements an academic faculty system and a residential college system. Prof Lau believes that the RC system at UM provides a framework for training the next generation, and that exposing students to the RC system as early as possible can help them achieve well-rounded development. This is one of the reasons why Prof
Lau decided to return to Macao. ‘I hope that the RC system can help students from different faculties and departments to develop soft skills and creative thinking,’ he says. ‘For example, we can encourage students to work in teams to develop feasible mobile phone applications for tourism and catering industries in Macao.’

He also stresses that students should select courses based on their interests, become self-driven learners, constantly learn new knowledge, and develop skills in various areas. He hopes that the RC system can help local students gradually achieve these goals and provide students with internship opportunities outside of Macao to help them learn more about the outside world and plan their future, so they can contribute to the diversification of Macao’s economy.

Prof Lau thinks that the Macao SAR government should try attracting the best people in different age groups through different policies. ‘Young people who have just started their careers will first consider whether there are career opportunities in Macao that match their expertise, so the government can consider providing some preferential policies and support in this respect,’ he says. ‘People who are approaching retirement age, on the other hand, tend to have an established career with rich managerial experience, and they may not want to continue doing the same job, so the government can consider developing relevant policies to allow senior citizens to participate in administrative duties. ’ 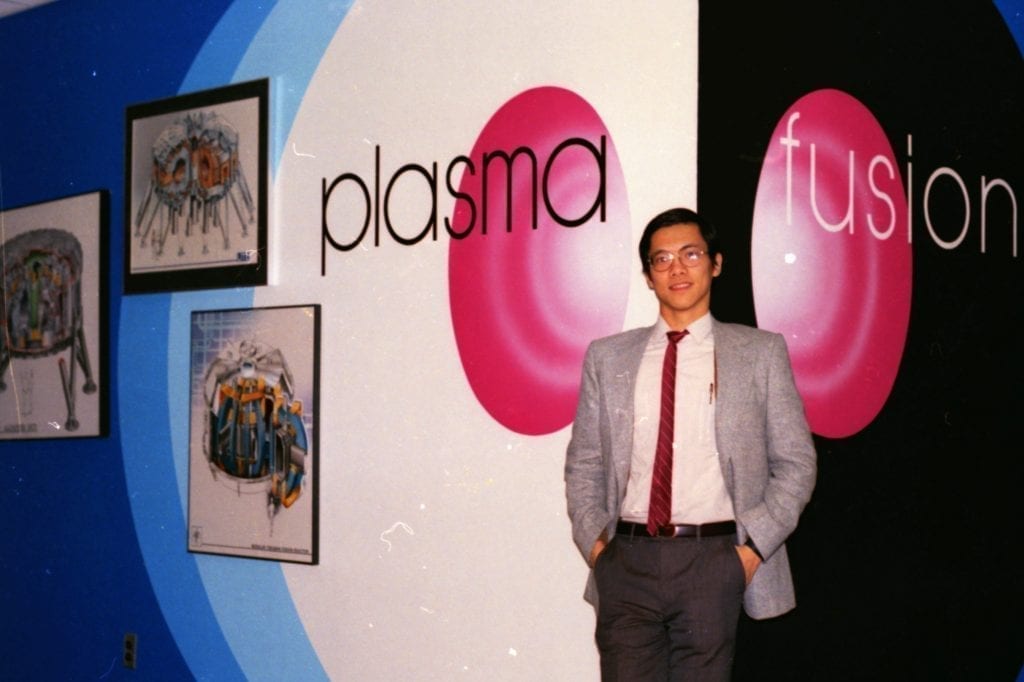 A Rare Opportunity to Pursue a Teaching Careerong

Social progress and economic diversification are key to attracting overseas-educated people. Miranda Mak, assistant professor from the Faculty of Education, says, ‘What’s attractive about Macao is that the policies and regulations in Macao are people-oriented, and they are adjusted according to specific circumstances.’

Prof Mak majored in interior design and psychology in the United States. During the six years she studied in the US, she spent one and a half years in Springfield before transferring to Austin, Texas to resume her undergraduate studies. After graduating from college, she worked as an intern for a year at a design company in the US. That experience helped her gain a clearer idea about her future direction, including whether she should stay in the US or return to Macao. After returning to Macao, she worked for three years, first as a secondary school teacher, and then as a researcher on higher education, before pursuing further studies at the Chinese University of Hong Kong, where she received a master’s degree in psychology and a PhD degree in educational psychology. Optimistic about the career opportunities at UM with the university’s relocation to the new campus, Mak decided to pursue a teaching career at UM.

For those who have migrated to another country with their family, or those who have established careers and started families abroad, there are many factors to consider when deciding whether to return to Macao. Prof Mak points out that many of her friends who have lived overseas for many years feel that basic education is less burdensome overseas than it is in Hong Kong and Macao, and this is one of the reasons why many parents want their children to stay overseas. The second reason is the skyrocketing housing price in Macao. The prospect of starting from scratch while giving up affordable overseas housing is not very appealing. A third reason is that expatriates who have lived abroad for a long time worry about the gap between Macao and other locales in many areas, including housing, transport, education, medical care, salary, and fringe benefits.

But Prof Mak believes that young people in Macao do not fade in comparison with their counterparts overseas. ¡¥Young people these days may not necessarily excel when measured against traditional standards, but they have many creative ideas,¡¦ says Mak. Therefore, she believes it is more important for the government to attract talented people by addressing family-related factors, improving support facilities and the educational system, as well as providing accommodation. 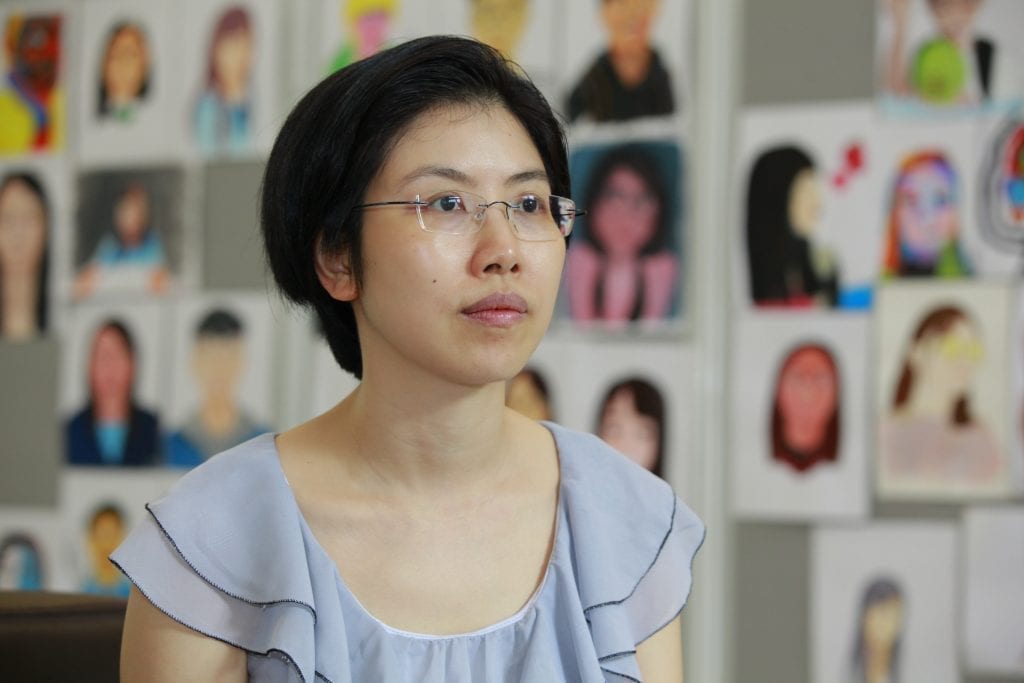 Miranda Mak, assistant professor from the Faculty of Education.

Encouraging Talented People to Return with the ‘Macao Fellow’ Programme

To support the Macao SAR government’s policy to encourage overseas-educated expatriates to return to Macao and to promote collaboration in talent development at regional and international levels, UM launched the Macao Fellow Programme in 2014, which aims to encourage Macao residents who have completed master’s or doctoral degrees at well-known universities to join the university after graduation.

Over the past three years, 11 Macao Fellows have been appointed under this programme. In addition to the opportunity to serve as visiting scholars or researchers at renowned universities or institutions overseas, Macao Fellows will also receive guidance from experienced faculty members at UM on a variety of matters, including how to successfully start research projects, how to conduct research, how to publish research findings, and how to become professional academic. Upon passing the relevant appraisal, Macao Fellows will have the opportunity to seek appointment as assistant professors at UM through open recruitment. 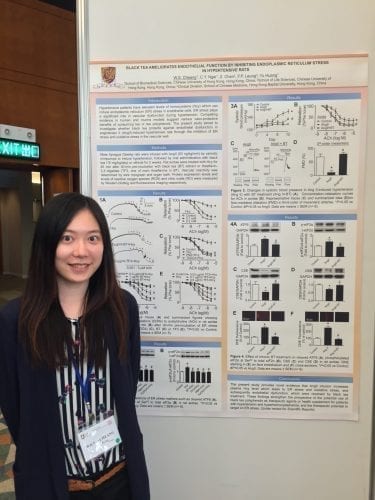 Anna Cheang from UM’s Institute of Chinese Medical Sciences received her bachelor’s degree in biochemistry and a PhD degree in biomedical sciences from the Chinese University of Hong Kong. She is currently responsible for the international development of products based on traditional Chinese medicines. After being appointed a Macao Fellow, she went to the University of California San Diego for a two-year research stint. ‘I decided to return to Macao because I felt this Macao Fellow Programme would be very helpful if I wanted to conduct research in Macao. This programme shows the SAR government’s commitment to talent development and its support for scientific research,’ she says.

Why Is Prof Ren‑He Xu Fascinated with Stem Cell Research?