Skip to content
From the Grasslands to the Central Plain

From the Grasslands to the Central Plain

About 1,800 years ago, on the grasslands between the Daxing’anling Prefecture and the Yin Mountains there thrived a hunting tribe named Tuoba, which was a clan of the Xianbei tribe. 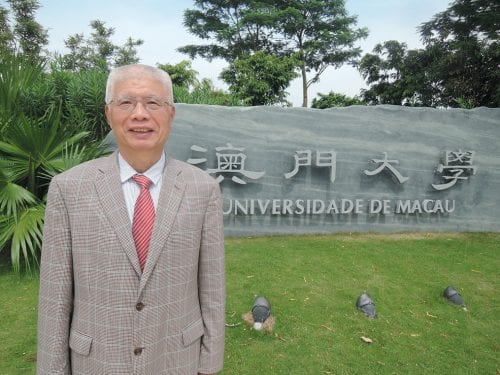 Prof Li Ping is a professor of the Department of History at the University of Macau. He is also the honorary life president of the Chinese Society of the Wei, Jin, Northern and Southern Dynasties. His main research interests include the history of ancient China and the histories of Wei, Jin, and Northern and Southern dynasties, with many important books published in the field, including Pingcheng Era of the Northern Wei Dynasty, and From the Grasslands to the Central Plain—Tuoba in 100 Years.

Encounter with the Daughter of Heaven

Within the Tuoba tribe, there is a legend that has been passed down from generation to generation. According to the legend, one day, the chief of the tribe, Ji Fen, was chasing a beast, when suddenly an elaborately-decorated chariot descended from the sky and stopped in front of him. Out of the parted curtains of the chariot stepped a beautiful maiden surrounded by many maidservants. The dumbfounded Ji Fen heard the beauty say, ‘I am the Daughter of Heaven, and I am here by the order of the God of Heaven to be your mate.’ They spent the night together, and the next morning, the maiden told Ji Fen that she would return to the same spot on the same day the next year. With that, she rose and disappeared like a breeze. On that very day of the following year, Ji Fen arrived at the old spot first. The maiden kept her promise and returned too. Many people from the Tuoba tribe travelled to the spot to witness the reunion. Ji Fen was puzzled to see a baby boy cradled in the maiden’s arms, but she handed the baby to him and said, ‘This is your son, please take good care of him. Your son shall be the king and his offspring shall succeed him as the king.’ With that, the maiden turned around and disappeared into the crowd, leaving the overjoyed Ji Fen looking everywhere in vain.

This legend may sound fantastical, but from an anthropological point of view, it is actually not as far-fetched as it sounds. It symbolises the inevitable change from intra-tribe marriage to inter-tribe marriage in primitive society. The story has stayed in people’s memories as a piece of mythology, but in the history of the Tuoba tribe, it ushered in revolutionary changes in reproductive health and societal structure. Over the next decade, the tribe expanded rapidly and eventually became a military force with 200,000 members. 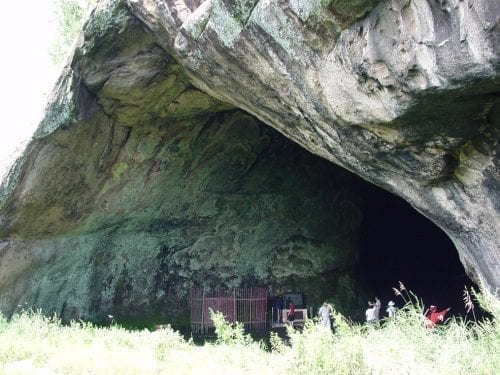 The hanging temple in Mount Heng, Shanxi. It was first built in the Northern Wei dynasty

The son of the Daughter of Heaven grew up to become a warrior. Later he was installed as the king of the tribe, known as Li Wei. Under the leadership of Li Wei, the Tuoba migrated to Hetao, a region in the upper reaches of the Yellow River. In 258 AD, Li Wei held a Heaven Worship Ceremony in Sheng Le (present-day Helingeer County in Inner Mongolia), located to the east of Hetao, and established a state there. As foretold in the legend, Li Wei’s offspring succeeded him as the king, and maintained marriage alliances with the Han states in the Central Plain.

After the Western Jin dynasty, the Central Plain fell into splintered parts and languished in disarray for over 100 years. The Tuoba tribe seized the opportunity to expand southeastward until they reached the north of Yanmengun. In 398 AD, the Tuoba established the Northern Wei dynasty in Pingcheng (present-day Datong city, Shanxi). Li Wei’s sixth-generation grandson, Tuoba Gui, became the founding emperor of the Northern Wei dynasty, known as Emperor Daowu. During the reign of Emperor Daowu, Pingcheng became a major town in the north inhabited by various ethnic groups, with a population of 1.5 million.

Emperor Daowu’s grandson, Emperor Taiwu, was a ruler of great talent and bold vision. He successfully conquered the many balkanized powers along the Yellow River, and unified the north of China. Emperor Daowu’s sixth-generation grandson, Emperor Xiaowen, was a potentate with significant socio-political achievements. His dual emphases on agriculture and animal husbandry, and his resolute clamping down on corruption brought the country to the height of prosperity. In 494 AD, he moved the Northern Wei capital from Pingcheng to Luoyang.

After moving the capital to Luoyang, Emperor Xiaowen not only continued to push ahead with political, economic, and cultural reforms, but also became a strong advocate of traditional Chinese culture and implemented various policies to improve the relations between Xianbei and Han. He ordered that Xianbei surnames be changed to Han ones, and that Han clothing and language be used instead of Xianbei language and clothing. 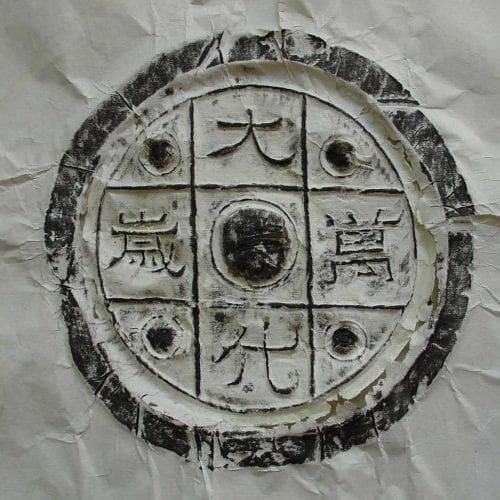 A relic from Pingcheng

These measures promoted Xianbei’s integration into the big Chinese family. By doing so, Emperor Xiaowen injected fresh blood into the Chinese body politic. The development of Chinese civilisation would not have been possible without the integration of the various tribes like the Tuoba. Although these tribes no longer exist, even in name, they will forever remain in the annals of history. 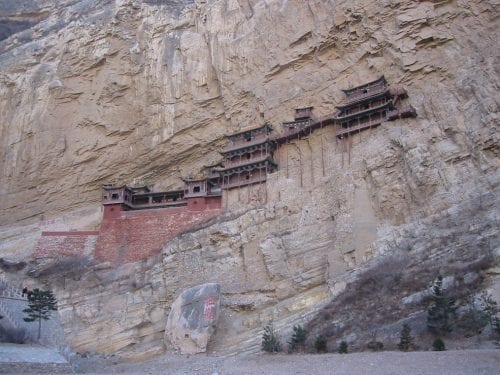 Gaxian Cave, the cradle of the Tuoba civilization

Turning a Decade of the Research into a Book

Stories of the Tuoba tribe have become distant history, but they will forever shine in our memory and inspire posterity. The cultural heritage le behind by the Tuoba, including the grotto art, the hanging temple, and the White Road connecting the north and the south, never ceases to amaze later generations. Inspired, I wrote a book titled, ‘Pingcheng Era of the Northern Wei Dynasty’, based on my more than a decade of studies of the history of the Tuoba. Is book has received recognition from the academic community. Its third edition was published in 2014.

Although history happened in the distant past, it still has relevance today. That is why I wrote the book—I hope to help more people understand the history of the Tuoba. The best way to achieve this goal is to share my research findings in a way that can be easily understood by the mass audience. That requires expressing well-organised thoughts in simple, concise, and coherent language. So the process of popularisation is in essence a rigorous review of my previous studies. Recently, I published a new book, From the Grasslands to the Central Plain—Tuoba in 100 Years, as a complement to Pingcheng Era of the Northern Wei Dynasty. In this book, I try to tell the history of Tuoba in plain language, highlighting key historical figures such as the Daughter of Heaven, Emperor Daowu, Emperor Taiwu, and Emperor Xiaowen. My experience shows that popular social science books can also create a social impact. From the Grasslands to the Central Plain—Tuoba in 100 Years was named one of the influential books in China in late 2016.