Skip to content
‘Open to Others’–Pathways for Social Harmony

In an era of rapid globalisation, Macao has been home to culturally diverse groups and it continues to grow as the economy prospers. However, certain populations are prone to higher risks of mental and physical health problems due to their deteriorating living and workplace conditions. As a clinical psychologist, an epidemiologist, and an expert on global public health, Dr Brain Hall, assistant professor from the Department of Psychology, Faculty of Soical Sciences, is particularly interested in understanding the social determinants of population health. In collaboration with various local and international non-governmental organisations, Dr Hall and his research group are currently developing health intervention programmes for marginalised communities in Macao.

Before coming to Macao, Dr Hall travelled to Africa, where he worked with various peoples in Ethiopia and the Democratic Republic of the Congo to collect research data and train community health workers to carry out interventions. But he was unable to stay in Africa for long periods of time, and had to frequently travel between Africa and the United States; this left him feeling dissatisfied with this way of conducting research. ‘I didn’t actually spend enough time in the community to make a long-term difference,’ he says. ‘As an engaged public health researcher, I want to provide sustainable benefit for people in need, rather than just harvesting the collected data for academic publication.’ Dr Hall believes in a science of consequence.

Subsequently, Dr Hall travelled to China and began to study mental health disorders in relation to internal migration. When he made his first visit to Macao in 2012, Dr Hall not only enjoyed his stay but also discovered that the field of mental health was a relatively underdeveloped area and that Macao was in need of a more complete mental health system and evidence-based psychotherapy methods. ‘I felt like some of my expertise and skills could be applied here,’ he says. And thus, he began a new chapter in his life and embarked on new research projects in Macao. 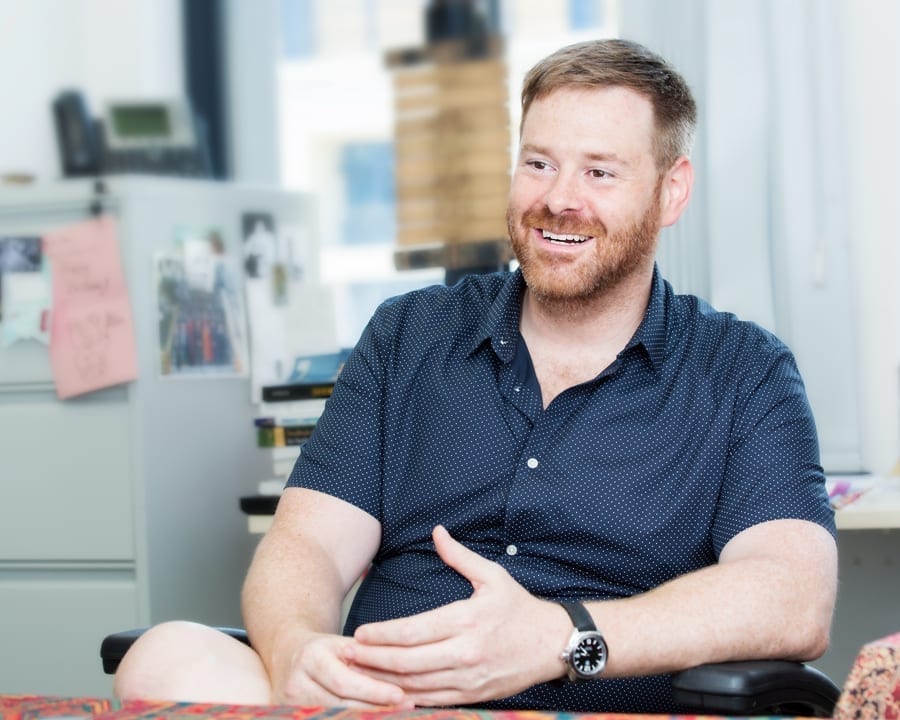 The data that Dr Hall and his team have collected from local Macao people and migrant workers can be used for further study by all local stakeholders in Macao. For example, Dr Hall’s research team conducted the first epidemiological study of depression in Macao and the first studies of Macao’s domestic workers. ‘Not only could the government refer to the data but also other entities such as local NGOs, consulates and priests in favour of improving the health of Macao people. These data concerning the circumstances of workers and the attitudes of employers are potential pathways for improvements to critical health disparities. The objective is to influence policy making, the community, or even the individuals through our research,’ he says. 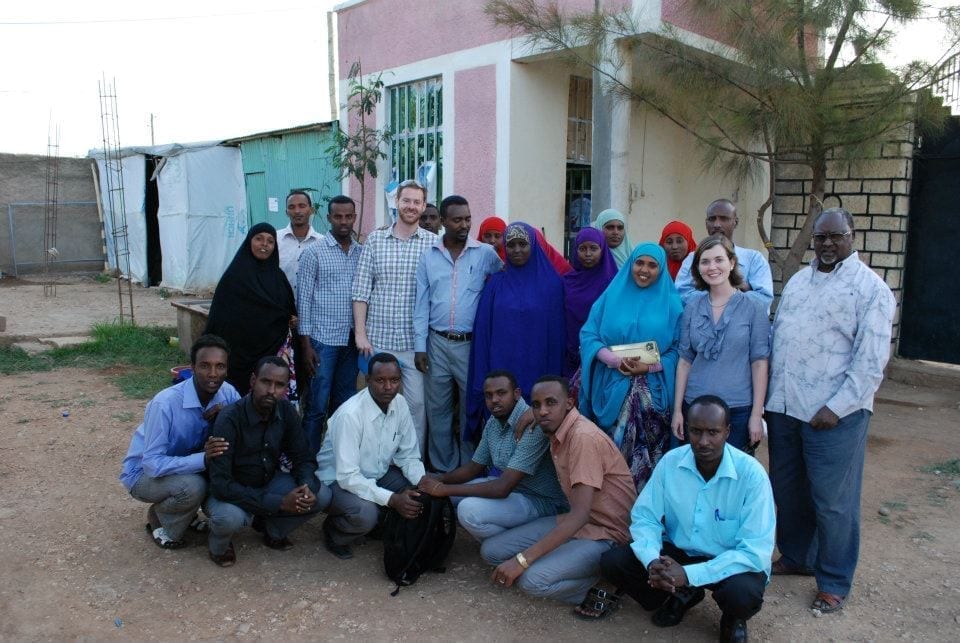 Care for Labourers on the Periphery

Apart from articulating the unfulfilled demand for local public mental health services, Dr Hall also emphasises the health issues faced by domestic workers living in Macao. He explains that, in terms of protection and rights, domestic helpers are at the lower end of the migration or globalisation continuum; and they are therefore considered a marginalised community in Macao.

As with many other professions, domestic workers sometimes experience significant stress at work, which may lead to serious mental and physical health problems if it is not properly treated in a timely manner – the difference is that domestic workers are typically excluded from local social welfare and health schemes, and may lack sufficient legal protection from the workplace conditions that create health problems, Dr Hall notes.

‘Domestic helpers might be challenged by daily expenses. Most of them usually opt to eat MSG food products as they are much cheaper. Their poor eating habits would increase their risk of diabetes and cardiovascular health problems as a consequence; what’s more, they might also suffer from conflicts with family members living far away, and experience daily stressors and discrimination in Macao. When these stressors become chronic, it can be overwhelming,’ Dr Hall says.

Like many other occupations, domestic helpers require much energy and presence of mind – such mental and physical wellness is the key for work efficiency. ‘If you create a selfish argument, as an employer, I want the people who work for me to be healthy and productive. So selfishly, if achieving effectiveness means I need to increase their wage or I help them in other instrumental ways, like providing health insurance, then I’ll do it,’ he says. That sort of mentality is another research project that Dr Hall is currently working on – understanding what local people think about the health and wellbeing of the domestic workers they employ. ‘A city should recognise the significance of contributions of all people to society. Migrant workers do make a great contribution to Macao.’ 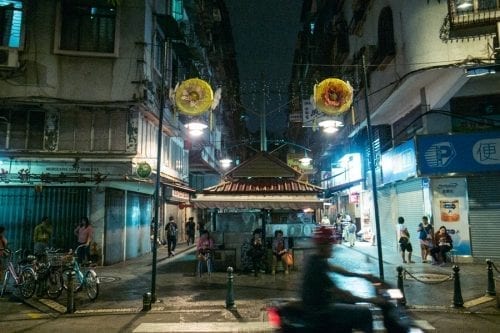 As the prevalence of mental illnesses like depression and anxiety continues to grow, many clinicians have turned to mobile applications as tools for treatment. Such mobile health intervention is one of the projects that Dr Hall’s research team is currently addressing: mHealth or eMental Health, an electronic intervention programme that makes therapy more accessible, efficient, and portable.

According to Dr Hall, this programme will adapt the principles of evidence-based psychotherapy into a mobile platform. mHealth can be especially helpful for teenagers and young adults, such as domestic workers, suffering from mental illness due to their reliance on technology to communicate. The end users will be exposed to various practical skills which are derived from a particular therapy programme, and this training will also be combined with weekly supportive phone calls to monitor their progress.

‘The apps can be helpful as a way to engage people who may be unwilling or unable to attend face-to-face therapy, and they can also provide support in between sessions. It will also help lessen the burden of clinicians attempting to work with a substantial number of people in need,’ says Dr Hall. The mHealth app also messages users to remind them to stick to their medication schedules. It can be of significant help to people with health problems such as diabetes or HIV. 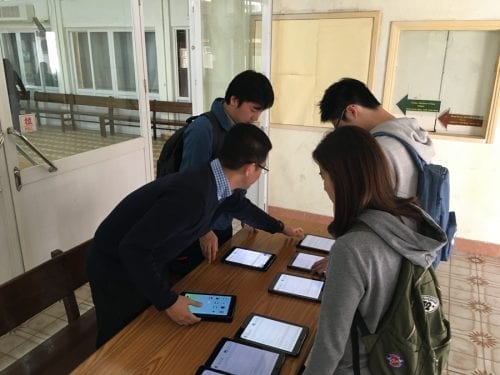 Certainly, challenges such as cultural differences and language barriers have to be taken into consideration whilst developing mHealth, because Dr Hall also aims to adapt the programme to meet the needs of specific cultures or ethnic groups. According to Dr Hall, the programme has to go through many formative research processes, for instance, consultation with local experts to discuss mental health and treatments as well as collaboration with target populations, in order to establish cultural appropriateness and sensitivity.

‘By doing so, mHealth will morph from a generic platform into a dynamic hub with a particular focus on certain populations,’ says Dr Hall. ‘We have to get to a point where everything is consistent and the app is something that people will want to use.’ Therefore, the goal of this ambitious research programme is not only to serve the local community but to also reach the ethnically diverse populations of Macao. Dr Hall expects that such an eMental health programme will be developed as an effective tool within three years’ time. 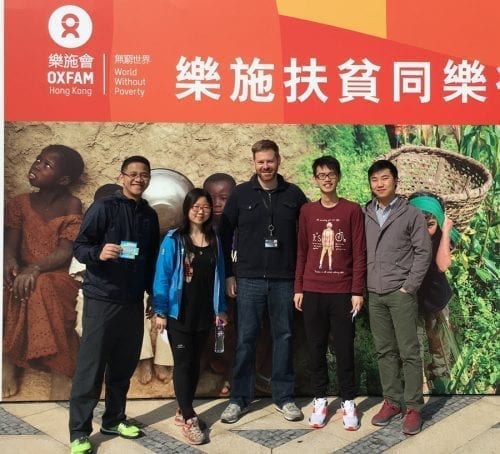 Dr Hall goes out into the community with his students

Bringing Light to Community with Students

Living in a world on the move, Dr Hall often encourages his students to empower communities composed of people with culturally and linguistically diverse backgrounds. Instead of sitting in an ivory tower, divorced from the lives of ordinary people, Dr Hall engages with the community, and works together with the students from his classes and research team to establish relationships with local NGOs and cultural groups.

‘Showing your face is the very first step to building up mutual trust and respect,’ Dr Hall says. ‘We want to do our best and help, making an impact – it’s not just about collecting the data. Research should be used to inform policy makers and the broader community about the critical community needs, and develop pathways to improve population health.’ That is why he urges his students to work and volunteer in various NGOs as part of their training. The students can also propose their own projects or initiatives that strive to build a more inclusive Macao. This will hopefully grant them a broader perspective about the diverse groups of people we live with and encounter daily in the territory. 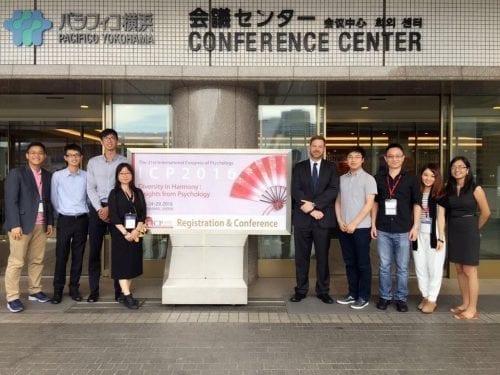 Dr Hall describes his students as initially shy, but says that they warm up quickly when they join cultural activities such as food festivals or social gatherings. He also reports the positive experiences that the students relay to him. ‘By doing so, they gain a better understanding of the unique experiences of migrant workers and the rich cultural diversity of people from across Asia, on a more personal level.’

‘Students are then prompted to get real world experience instead of simply being in the classroom and learning about the world from a textbook,’ Dr Hall says. By engaging students in the learning process through outreach services, he observes that the wealth of potential that the younger generations possess can contribute to the community and society. This exemplifies the University of Macau’s unique 4-in-1 educational model. ‘It’s essential to prepare our students to be global citizens and recognise our world as an increasingly complex web of connections among diverse peoples,’ he concludes.