Mastering a foreign language is not easy. Learning how to translate between two languages is even more difficult. Training high-quality translators who can competently perform their role as cultural mediators is harder still. The University of Macau’s Departments of English and Portuguese are committed to achieving just that through their well-designed master’s degree programmes in translation studies.

The master’s degree programmes in translation studies, offered by Faculty of Arts and Humanities, were founded in 2007. The programmes cover two pairs of languages, Chinese and English, and Chinese and Portuguese. Every year, the two programmes collectively admit 40 students, half of whom are from Macao. Since the founding of the programmes, the two departments have produced many high-calibre translators and interpreters for Macao and for other areas of Greater China.

‘These are two-year programmes. What makes them so unique is that they combine theories and practice and cover two pairs of working languages. ’ says Prof Zhang Meifang, coordinator and co-founder of the programmes. ‘So they attract many local applicants as well as non-locals. Most of the local applicants work in governmental institutions, and translation is often part of their job.’ After two years of training, the students will be able to gain a better understanding of the working languages they use and the cultures of Chinese-, English- or Portuguese-speaking countries. They will also be more skilful at using the various translation strategies and technologies to deal with translation problems in their day-to-day work. Their independent thinking, analytical, and creative skills will improve as well. ‘You could say that we are training a new generation of translators and interpreters for the market,’ says Prof Zhang. 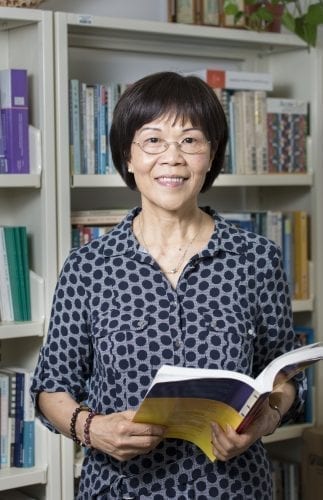 Translation and interpreting courses offered by the two departments are becoming increasingly popular with students, driven by growing demand for professional translators and interpreters to cope with the influx of international visitors, conferences, and exhibitions. Dr Victoria Lei from the English department is one of the faculty members that teach interpreting courses. A well-known Chinese/English interpreter in Macao, Dr Lei has worked for various press conferences and other important events of the Macao SAR government, including interpreting for the SAR government during President Xi Jinping’s visit to Macao in 2014. In Dr Lei’s experience, it usually takes four to six years of on-the-job training for a master’s degree graduate to become a good interpreter. Luckily, increased resources and improved training methods have shortened the training period. 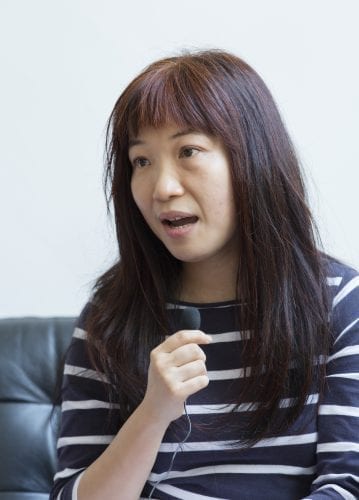 Dr Lei believes that UM students can hold their own when competing with their counterparts from mainland China, Hong Kong, Taiwan, and Macao, as evidenced by the good results at the Fifth All China Interpreting Contest. The All China Interpreting Contest is the most influential interpreting competition in China. It is also a competition at the highest level that attracts significant attention from both veteran and up-and-coming interpreters. This year, 1,814 students from 439 higher education institutions in China participated in the competition. Yang Shanshan, a doctoral student of linguistics from the English department, won the championship in the group category of consecutive interpreting, as the leader of a team of students from Hong Kong and Macao. She also received an Excellence Award. Zhang Xiaoping, a master’s student of translation studies from the same department, won a second prize in the simultaneous interpreting section of the competition. Their instructor Dr Lei received a Distinguished Teacher Award.

To prepare for this national competition, Zhang Xiaoping went through intensive training for several months. ‘Sometimes I felt like I was on the verge of a nervous breakdown,’ she says. ‘But the only way to get better in interpreting is to identify your mistakes and correct them. The intensive training goes a long way towards helping me grow as an interpreter.’ 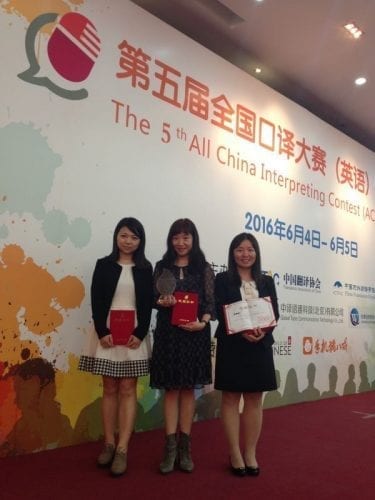 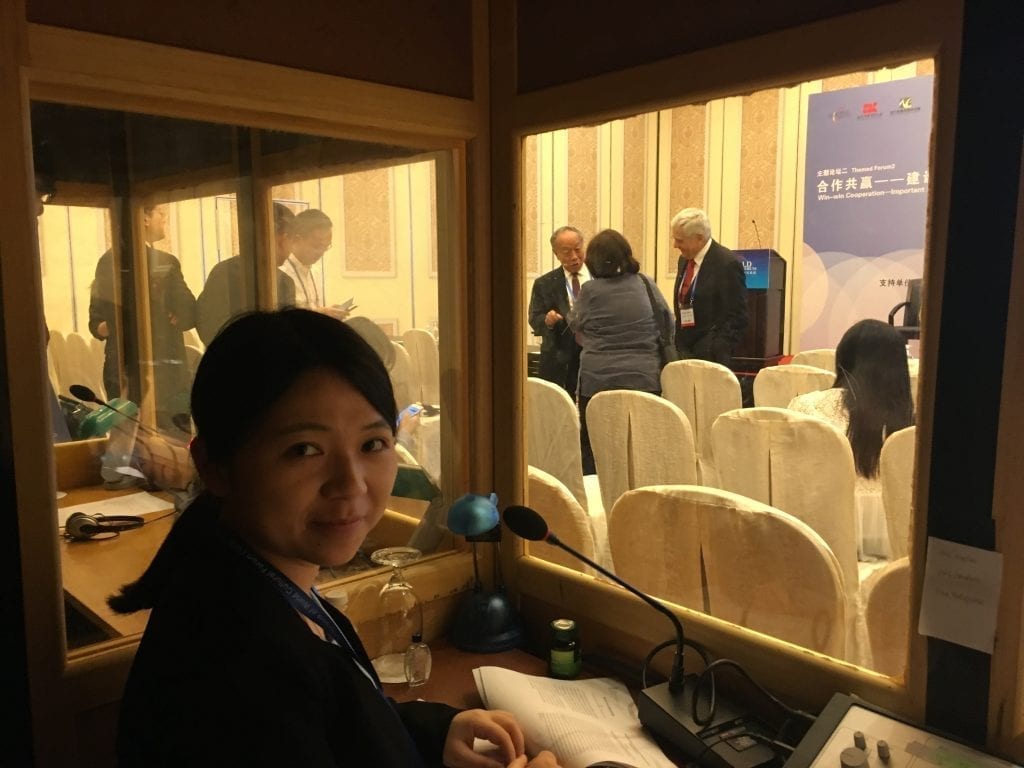 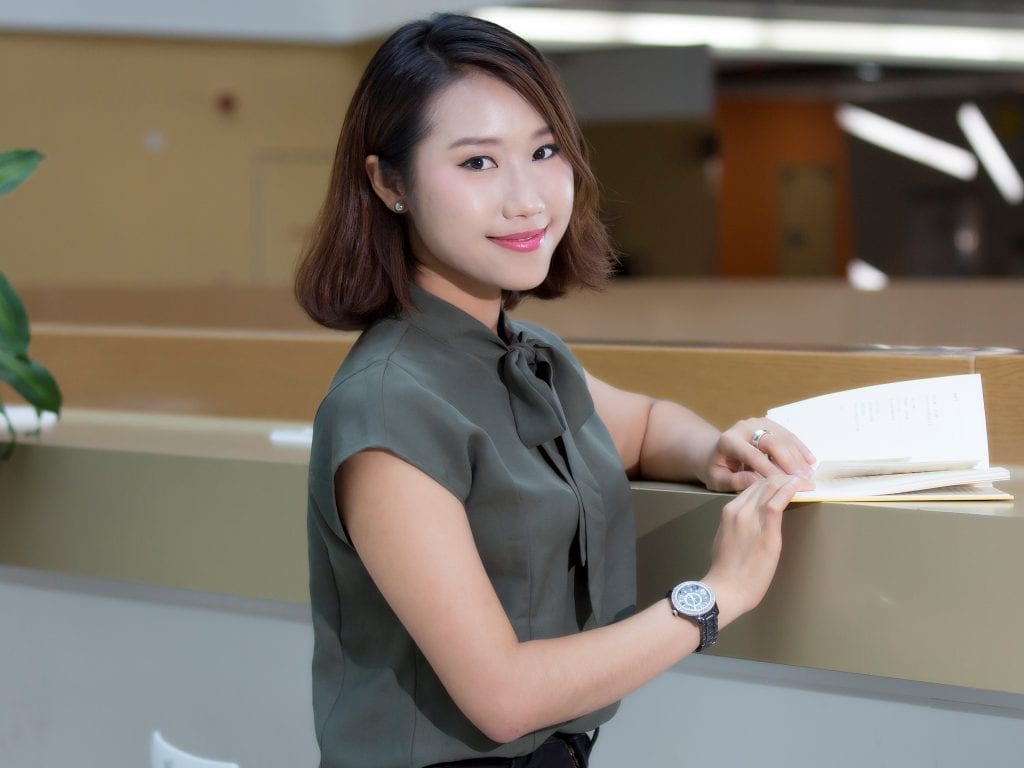 Advantages of the Programmes

In late 2014, the Faculty of Arts and Humanities established the Centre for Studies of Translation, Interpreting, and Cognition, in order to better understand the cognitive process of translation so that teaching methods can be improved scientifically. Prof Li Defeng, formerly a professor of translation studies at the University of London and currently a professor in the English department at UM, was appointed the director of the centre. One of main the tasks of the centre is to explore how the brain of a translator/interpreter works in the process of translating/ interpreting. Prof Li hopes that by understanding the different cognitive processes of different translators/interpreters, tailor-made training methods can be developed to achieve optimum outcomes. ‘For example, when an interpreter hears the name of the University of Macau in Chinese, they could translate it into “the University of Macau”, “Macao University”, or “Aomen University”. We want to know how the brain makes that split-second decision,’ explains Prof Li.

Having worked at the Chinese University of Hong Kong, Nanjing Normal University, Shandong University, and the University of London, as a professor and researcher in translation studies for many years, Prof Li notes that the translation courses offered by UM have three distinctive characteristics. ‘First, our courses are designed to meet market demand and to support the economic growth of Macao,’ he says. ‘Secondly, our courses give students both theoretical knowledge and practical experience. And thirdly, we use the insight gained from scientific research to improve our teaching methods.’ Another advantage of the courses is that the instructors possess a wealth of practical experience, which allows them to pass on critical skills, such as how to think on one’s feet when doing interpreting, to the students. 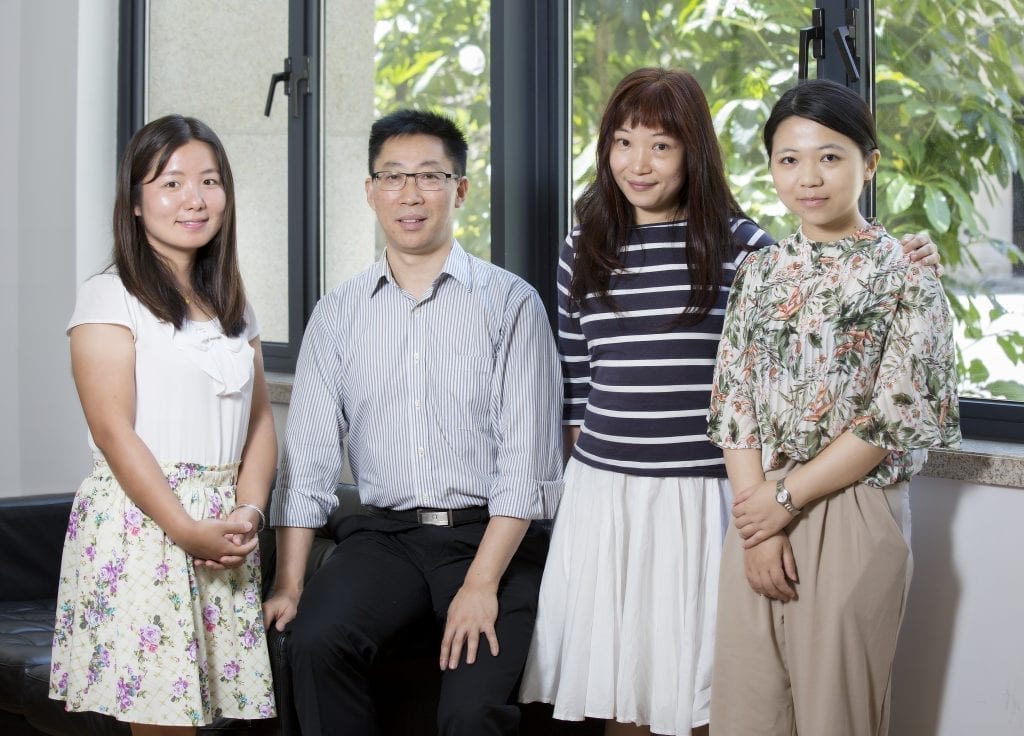 In its pursuit to become a world tourism and leisure hub and a business service hub between China and Portuguese-speaking countries, a goal that has been included in the Chinese government’s 12th Five-Year Plan, the city is hungrier than ever for high-calibre translators and interpreters who are proficient in both Chinese and Portuguese. ‘Macao has a very good language learning environment,’ says Prof Yao Jingming, who assumed office as the head of the Department of Portuguese in September 2016. ‘There are a lot of Portuguese people, TV and radio programmes, and newspapers here. Our courses will make good use of these resources.’

The bachelor’s degree programme currently offered by the Portuguese department aims to give students a grounding in the Portuguese language, while the master’s degree programme introduces students to translation theories and practical skills. Jovita Li, a master’s student from the Portuguese department, has enjoyed learning foreign languages since her childhood. She studied Portuguese for two years in middle school. After she went to college in Taiwan, she majored in English. But every summer holiday, she would return to Macao to polish her Portuguese. She has participated in the Portuguese summer course offered by UM and a Portuguese summer camp organised by the Tertiary Education Services Office of the Macao SAR. Apart from her strong interest in language, another reason she chose to study Chinese/Portuguese translation studies at UM is because she is confident about the future of Macao and foresees great demand for translators and interpreters. ‘Both the government and the legal sector need a large number of translators and interpreters,’ she says. ’The language skills also help my current job in the hospitality industry, where I need to promote Macao and its culture to visitors from around the world.’

The former deputy director of the Cultural Affairs Bureau and a prolific poetry writer and translator, Prof Yao Jinming stresses the importance of cross-cultural literacy in learning the Portuguese language and translation skills. ‘Language is the carrier of culture. If you know nothing about the culture, then you are merely scratching the surface of the language,’ he says. For this reason, earlier this year, the Portuguese department selected five first-year students for a one-year exchange programme at Beijing Foreign Studies University (BFSU). The department hopes that BFSU’s experience in training language professionals and the healthy competition with the local students will broaden the students’ horizons. Prof Yao also notes that in view of the growing importance of training competent translators for society, the Portuguese department will study how to improve the current translation courses. 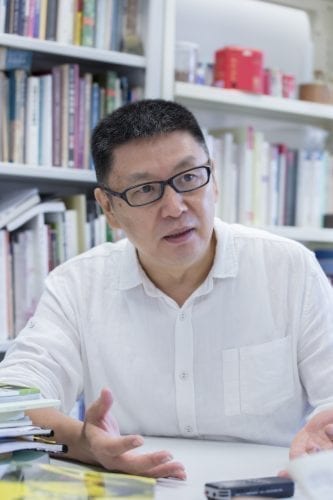 Passing Down Knowledge to the Next Generation

The government’s plan to develop Macao into a business service hub between China and Portuguese-speaking countries, and the increasing economic collaboration between mainland China and Lusophone countries, combine to promise rosy employment prospects for graduates who are proficient in Chinese and Portuguese. ‘I hope our students set high standards for themselves, and take advantage of the good language learning environment in Macao to improve their Portuguese skills,’ says Prof Yao.

His feelings are echoed by Prof Zhang Meifang from the English department, who also foresees growing demand for professional translators and interpreters in the future, both in Macao and in the rest of Greater China. ‘In the past, China mainly focused on translating foreign literature or books in the field of social sciences, from foreign languages into Chinese, with the hope of learning from the West. But now with China becoming the second largest economy in the world, China wants to tell its own story to the outside world by translating its history and culture into foreign languages,’ she says. ‘So there is a great gap between demand and supply.’

This is a gap students like Zhang Xiaoping are determined to fill. Inspired by Dr Victoria Lei’s example, Zhang Xiaoping has made up her mind to become a good interpreter and an interpreting instructor. ‘Dr Lei once told us, when the right time comes, we must remember to pass down our experience and knowledge to the next generation, and I think this is the most meaningful contribution an interpreter can make,’ she says.