Skip to content
Good Genes, Good Providers, and Good Fathers: Why Women Have These Mate Preferences

What types of men do women prefer as long-term mates and why do they have such mate preferences? My research shows that women prefer good genes, good providers, and good fathers. These mate preferences are not socialised, but bear deep evolutionary roots. Moreover, in today’s developed economies, women prefer a helper at the nest over the rich or the handsome.

The most essential female mate choice involves that of good genetic stock to ensure the ideal outcome of a female’s obligatory parental investment. Good genes are not directly observable. Nature, the blind watchmaker, has tinkered out the perfect solution: physiological and behavioural characteristics that are costly to their male bearers but do not contribute to the bearers’ fitness (except for the purpose of attracting mates) become indicators of good genes preferred by females.

Also known as ‘ornaments’, indicators of good genes in various insects, fish, birds, and mammals include low-frequency calls, vibrant colours, bright plumage, and risk-taking behaviours. A peacock tail, which is useless outside of courtship rituals and costly to sustain, is the most famous example of an ornament. Bragging, showing off, creativity, and a sense of humour are the human equivalents of this ornamentation. Other studied ornament-like behaviours in men include conspicuous material consumption, generous financial donations, discounting the future, gambling large wagers, risk-taking, being unique and non-conforming, and exhibiting heroic altruism, all of which are preferred by women. 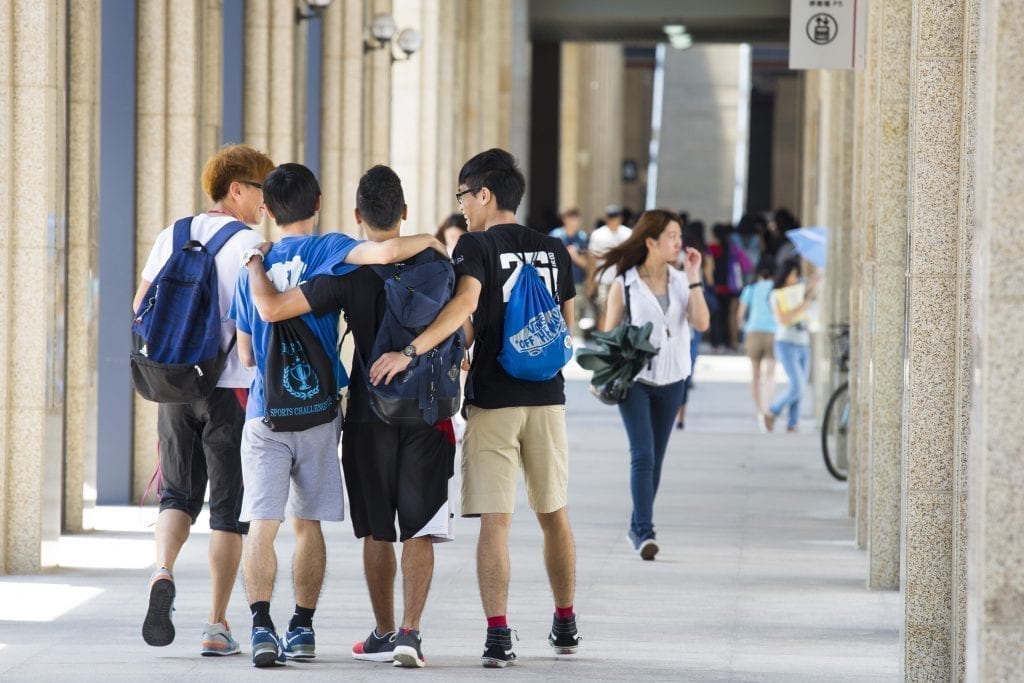 Another mate choice among women entails a preference for indirect paternal care in the form of resources, provisioning, and protection, which male animals acquire through intrasexual competition. Males compete for resources, including the territories in which females feed and subsist. Females are drawn more to males who have access to resources than those who do not. Among humans, resources include land, property, and wealth. They also include successful careers, skills, education, and social status, all of which are helpful for acquiring further resources. Because resources are the target of male intrasexual competition, resource holders possess personalities and other characteristics that enable them to defeat the competition. Such resources, which are known as ‘weapons’, include canine teeth, horns, claws, and the sheer size and strength of the males of certain species. In addition, behavioural weapons among humans and other animals include aggression, competitiveness, and motivation to win.

These intrasexual competitive attributes are also used to provide women with protection against predators and other conspecific male aggressors. Thus, both provisioning and protection, and the attributes required to acquire and provide them, are favoured by women as preferred attributes of a long-term mate. Being a good provider is particularly preferred by women in resource-based polygyny, which is practiced by more than 80 per cent of human societies, although marriages within such polygynous societies are mostly monogamous because most men do not have the resources to maintain multiple wives. Evolutionary and experimental psychological research has shown that women prefer such weapon-like behaviours as physical or direct aggression in response to provocation, social dominance and formidability, competiveness and motivation to achieve, and bravery and warring attitudes. 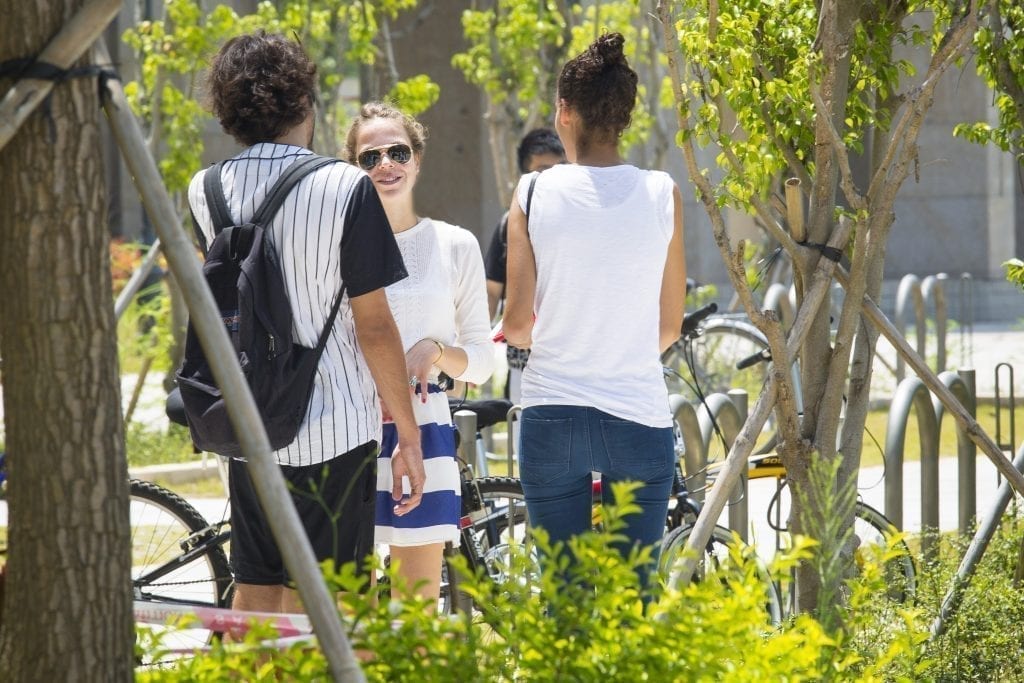 A third female choice that has evolved recently in mammalian terms—most likely coinciding with human monogamy—is the choice of resident fathers who help to raise young. Premature birth puts selective pressure on alloparenting, or parenting by relatives.

A father is particularly suited to be an alloparent because no other relatives share the same extent of genetic interest. The presence of a father at the nest is especially crucial during lactation, when women’s foraging abilities are compromised. However, the adaptive function of a father at the nest is not provisioning per se, but is direct paternal care: domestic fathers help at the nest by holding, grooming, babysitting, and being proximal to offspring. Fathers also help children to gain social competitiveness and establish social status. Such direct care is as crucial in defining paternal contribution as providing indirect care through provisioning is, although the latter might not always materialise.

Although almost unique to humans, domestic paternal roles are also exhibited by a few mammalian and some primate fathers as well. Gorilla fathers are the most domestic among the primates. They care for, play with, and protect their young by holding, cuddling, nuzzling, and grooming them. In terms of such reproductive practices as harem polygyny, concealed ovulation, and a high degree of paternity certainty, humans are believed to share a common ancestor that is more similar to gorillas than chimpanzees. Like gorillas, human fathers who provide domestic parenting in addition to provisioning are selected through female choice. For example, fathers among the Kung San in Botswana and Aka pygmies in central Africa provide direct parental care to their infants and children. Such paternal investment helps to reduce infant mortality and improve offspring competitiveness, particularly in hierarchical social settings. Therefore, the attributes of being a good domestic father and exhibiting underlying soft, fatherly characteristics, such as loving children, desiring a home, and being kind, warm, and gentle, have been selected by women regardless of whether the man is a good provider. 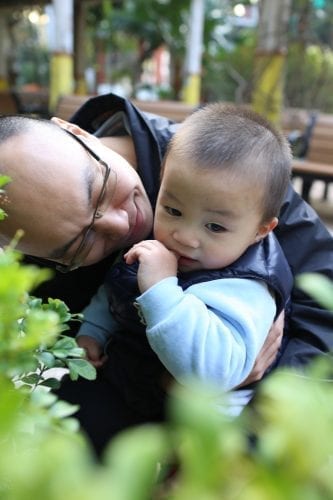 The attributes of being a good domestic father and exhibiting underlying soft, fatherly characteristics have been selected by women regardless of whether the man is a good provider.

The Most Preferred Helper at the Nest

Among the ‘three Gs’, good-genes and good-provider male mate attributes and female mate choices are species-general and evolutionarily older than the good-father mate choice. They are selected to protect against harsh environment in terms of pathogen prevalence (good genes) and resource depletion (good providers). Compared with the past, however, modernity and contemporary living facilitate greater control over the environment, especially regarding public health care and disease control. Modern women, particularly those from developed economies, are expected to shift their focus in mate preferences from good-genes attributes (indicating good genetic stock) to good postnatal care, including paternal care and provisioning, and the underlying good-father and good-provider attributes. Extant data appear to corroborate a mate preference shift from good-genes attributes, and this shift in preferences correlates with economic development. For example, compared with women in the United Kingdom, those in countries with relatively less developed economies, such as Tanzania, Jamaica, and Latvia, exhibit stronger preferences for male faces with symmetrical and masculine features in addition to other good-genes indicators.

Another relevant change in the ecological conditions of modern economies is the fact that, compared with their predecessors, contemporary women have greater and more gender-equal resource-capturing capacities and are considerably less reliant on men for provisioning. Furthermore, women’s participation in the labour force increases their need for paternal involvement in raising young. An earlier series of surveys conducted in 37 cultures and more recent ones conducted in China, Singapore, and the United States have shown that not only was ‘kindness’ rated among the highest-valued traits, it was rated statistically higher than ‘attractiveness’ or ‘earning capacity’, supporting women’s mate preference for good-father attributes over good-provider and good-genes attributes. Other studies conducted by me and my students have shown that Chinese women prefer good-father attributes over good-genes and good-provider male mate attributes. Once a woman devotes time and energy to paid labour, her dependence on resources is reduced, and her need for a helper at the nest to ensure reproductive success increases. Living in such an environment, women’s mate preferences could be expected to centre around good-father attributes and move away from good-provider and good-genes attributes.