Skip to content
The Portuguese Summer Programme ─ A History to Celebrate

The University of Macau (UM) Portuguese Summer Course is commemorating its 30th anniversary this year and we have much to celebrate. We would like to share with the UM community the important accomplishments we have achieved so far and the new goals we have for the future

Thirty years have passed since we held our first well-regarded summer course on a stifling morning in July 1986. That initial course involved just one class of 36 graduate students from mainland China, who listened attentively to the instructor as he pronounced his first words in the strange yet not so unfamiliar language which had adorned Macao’s street signs for many years: Bom dia! The instructor was Mr Jorge Cavalheiro, coordinator of the first Portuguese Summer Course offered by our university and co-organised with two other local public institutions: the Youth and Education Bureau and the Macau Cultural Institute. 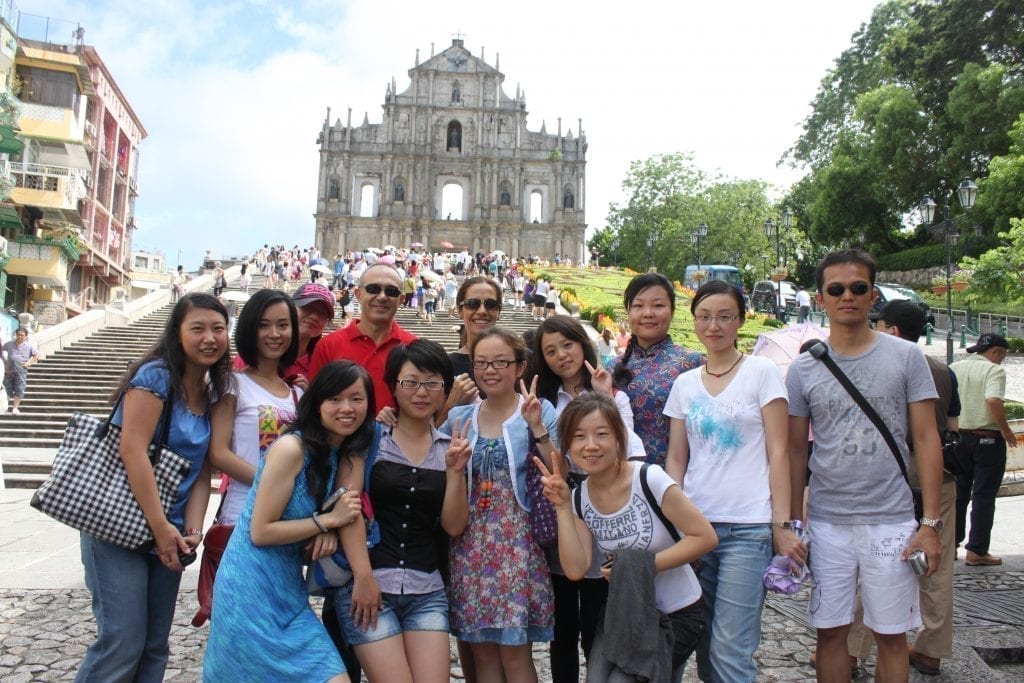 The Portuguese Summer Programme attracting students from all over the world

Space for the course was provided by the Macau School of Tourism (currently the Institute for Tourism Studies, located on Mong Ha Hill). ‘I still remember the students’ faces and their eagerness and curiosity to learn’, says Mr Cavalheiro. Each subsequent year the course registered an increasing number of students. The second course in 1987 enrolled students from local secondary schools and it was not long before our annual programme comprised 100 students from not only Macao and mainland China, but from other countries in Southeast Asia as well. 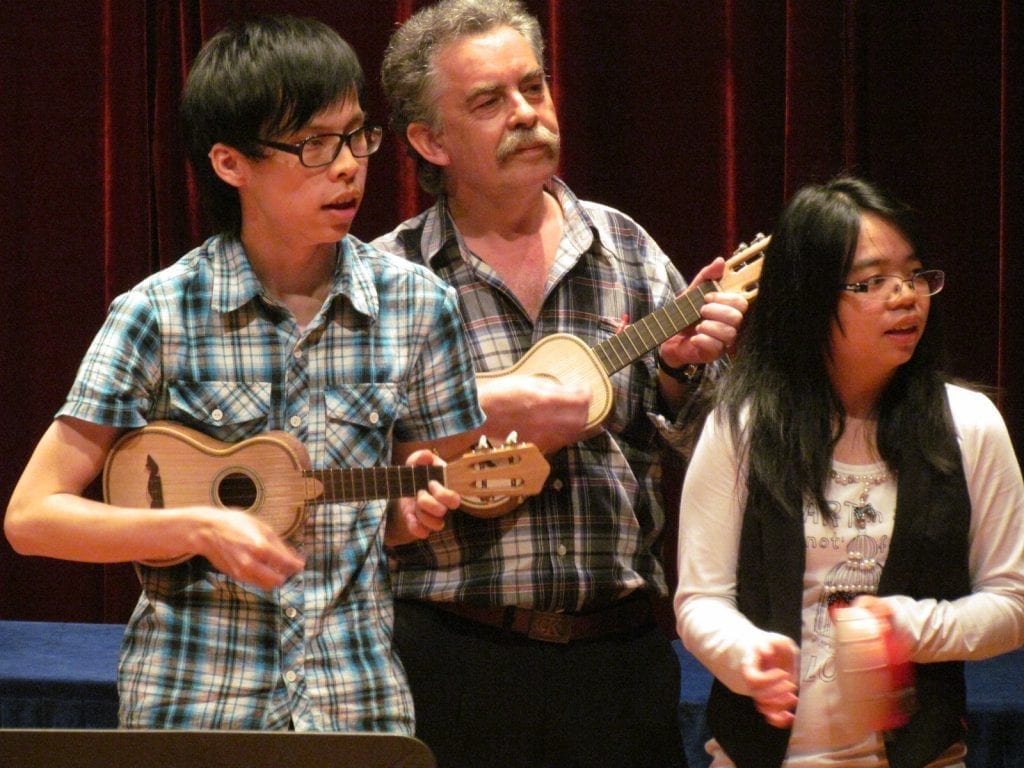 Students perform at the graduation ceremony

Higher levels of language proficiency were eventually offered and UM quickly became a centre for Portuguese language promotion in Asia. In 1990, UM assumed full responsibility for offering and organising the summer course, but with continuing support from both the private and public sectors. Mr Cavalheiro adds that the summer course was one of the most important social events in Macao at the time. ‘The governor of Macao and the entire Macao media would attend our closing ceremony’, he recalls. In the beginning, the course was designed for Chinese professionals from different fields (pharmacy, medicine and engineering), who would then travel to Angola and Mozambique (two African Portuguese-speaking nations) to do volunteer work. As the reputation of the course spread, it began to serve students with other interests and needs, especially after 1995, when the programme first attracted students from Europe, Canada, and the United States. Furthermore, due to the rapid growth of the importance of Portuguese language in China, some Chinese universities established bachelor’s degree programmes in Portuguese studies and began to send students to Macao during the summer holiday to attend the course. 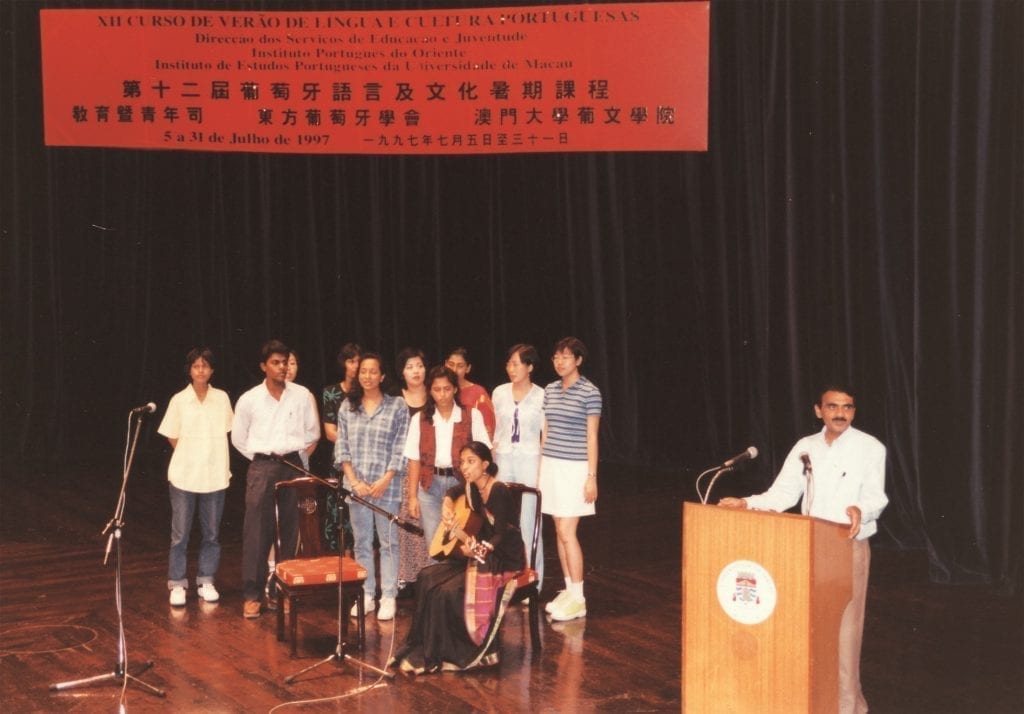 UM’s Portuguese Summer Course, which has been running for 30 years, is attracting more and more students each year.

Prof Maria Antonia Espadinha, then head of the Institute for Portuguese Studies (currently the Department of Portuguese), says that more and more Chinese universities began to be interested in the course because their students had the opportunity to stay in Macao, where the Portuguese language has strong roots. ‘They had the chance to interact with native speakers, especially the language instructors, and to try Portuguese food’, Prof Espadinha adds. 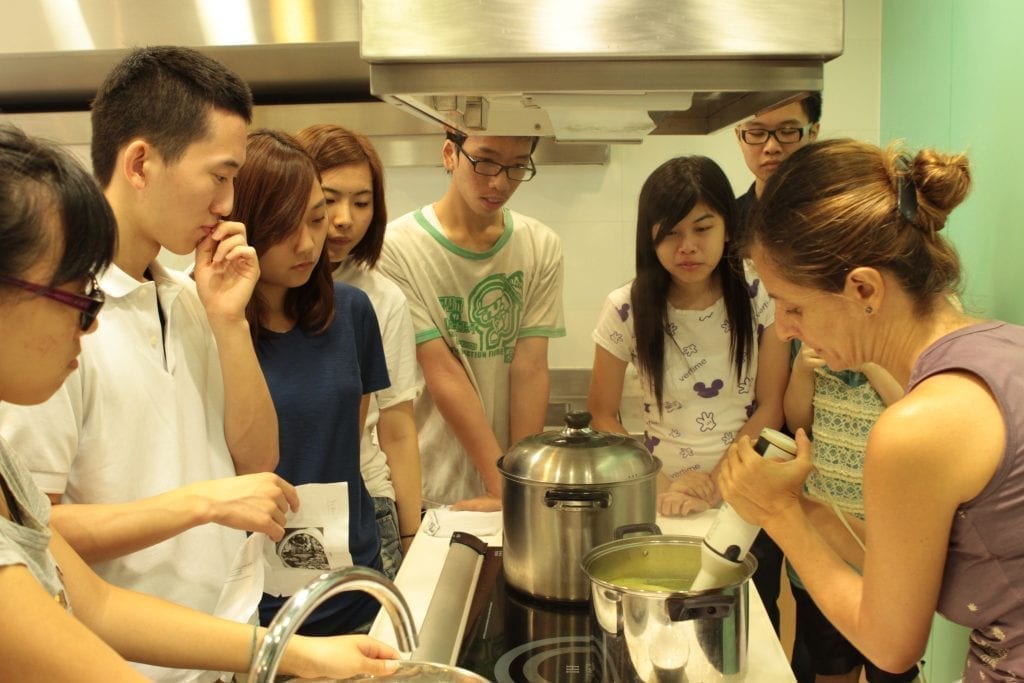 A lecturer and students cook Portuguese food together

In 2000, with the programme under the coordination of Mr Aldino Dias, UM registered in excess of 200 students and in the coming years this number rose to 300. In 2014, we were pleased to welcome more than 400 students from Asia and across the world to our programme. This year we expect the 30th edition of the programme to exceed 500 registrants. Presently, under the joint coordination of Prof Ana Nunes and Dr Ricardo Moutinho, this year’s programme will also be the second edition offered on the UM new campus. 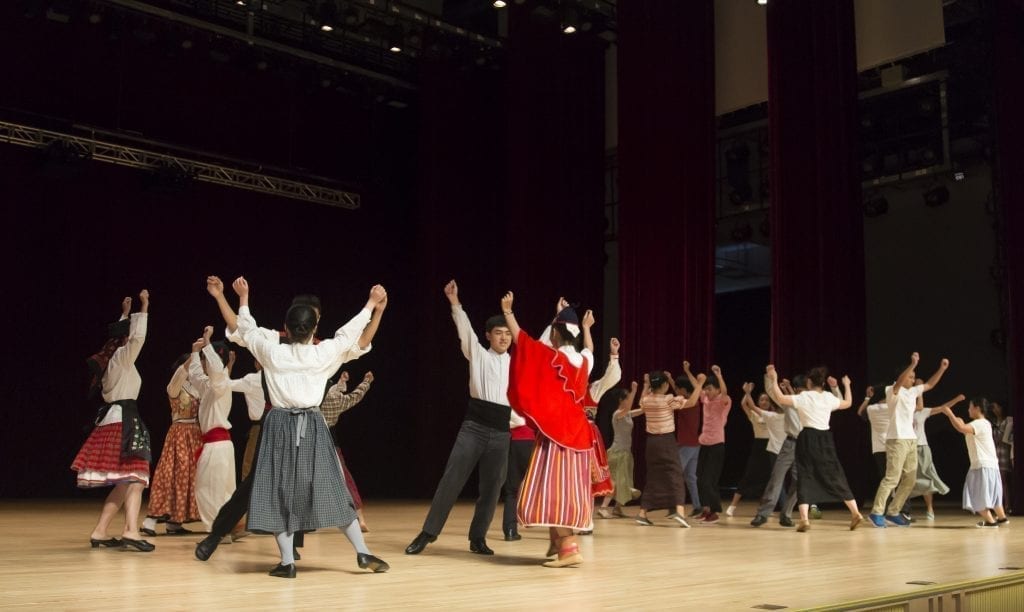 Students in the course can participate in a variety of activities, including Portuguese dance classes and visits to local historic sites.

Currently Portuguese is one of the most important languages in international trade relations and, according to the British Council, will be of crucial importance for the prosperity of many countries.This language also plays a very important role in China since the country is investing heavily in Portuguese language education.From 2008 to 2012 the number of Chinese universities with bachelor’s programmes in Portuguese increased to more than 30, and numerous new programmes are being established in other universities across Asia, including Vietnam, Thailand, Malaysia, India, and South Korea. Consequently, Macao is now viewed as a platform for the promotion of Portuguese in Asia, since it is the centre for Portuguese teaching on the continent. UM’s Portuguese Summer Course has therefore become an event that promotes both one of the most important aspects of Macao’s heritage (the Portuguese language) as well as our university to hundreds of students who may join our undergraduate or graduate programmes in the future.