Long-distance Runner Iao Si Teng:‘It is like a friend and a mentor.’

Text│UM Reporter Kate Zhu
Photo│Ella Cheong, with some provided by the interviewee

Falling in Love with Long-distance Running

Iao was first introduced to long-distance running at the age of nine, when she represented her class at her school’s sports meet. She fell in love with the sport, and training has since taken up a large portion of her time. ‘Long-distance running has become an important part of my life,’ she says. ‘If I go even one day without running, I would feel like something is missing.’

A Friend and a Mentor

To most people, long-distance running is just a sport that benefits one’s body and mind. But to Iao, it is like a friend and a mentor. ‘It is a constant source of positive energy,’ she says. ‘Because of its company, I’ve learned how to deal with loneliness. I have a competitive streak, but long-distance running has taught me how to deal with failures.’ 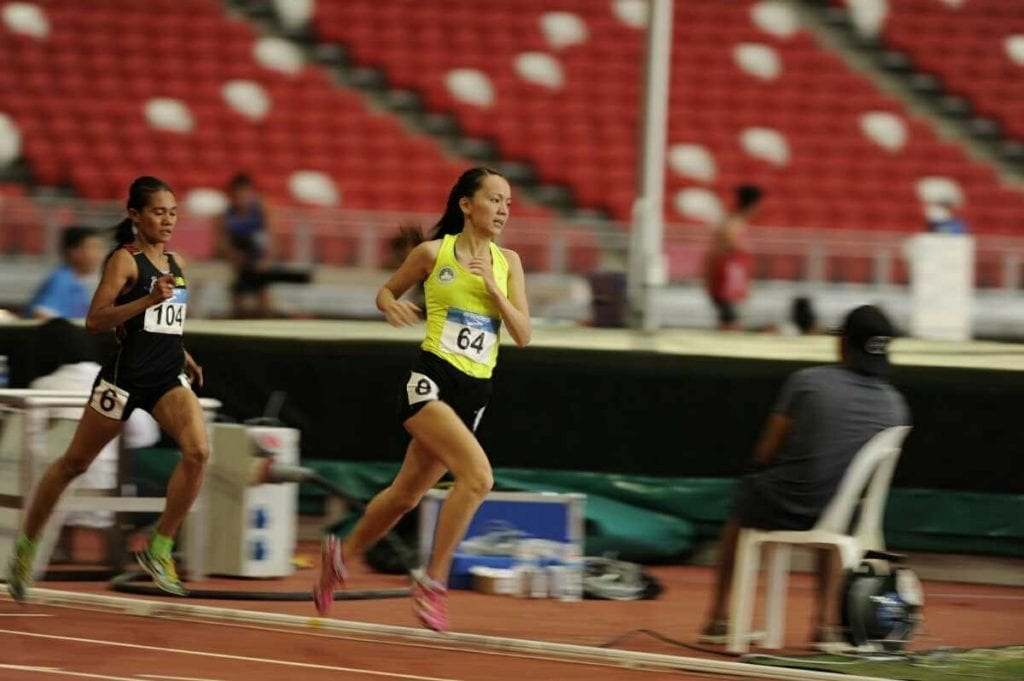 Iao says long-distance running requires hard work and perseverance. ‘First, you need to do strength training every day. When you slack even just a little bit, your speed will decrease,’ she says. ‘Second, you need to have a strategy. For example, if I’m running on a track, I would make each circle, or every 200 metres, a mini-goal and tell myself I want to complete each circle within a certain amount of time. Then I would keep training until I reach that goal. Normally the actual time I use to complete each circle in a competition would not be too different from the time I set as my goal in my training. I would also encourage myself when I am running. For example, I would tell myself, “Keep going. You’ve already covered a lot of distance, and there is only a little left.”’

During her athletic career, Iao has met many people who have taught her a lesson in gratitude. ‘Take my coach from middle school for example,’ she says. ‘He rarely smiled, but he genuinely cared about us, and not just because he wanted us to win in competitions.’ Since joining the university’s Track and Field Team, Iao has had many opportunities to practice with well-matched opponents, which has helped her progress more quickly.

A young star athlete constantly in the spotlight, Iao often reminds herself not to get carried away or rest on her laurels. ‘Playing sport has taught me not to let fortune and fame change who I am and what I believe in,’ she says.