In recent decades, scientists have conducted numerous studies in an attempt to find ways to counteract the negative effects of ageing. The University of Macau (UM) Faculty of Health Sciences (FHS) has been doing just that. This year, the Second Macao Symposium on Biomedical Sciences, organised by the faculty, with a focus on the latest breakthroughs and challenges in biomedical research, attracted many internationally renowned scholars and researchers, including Nobel laureates in chemistry, Prof Aaron Ciechanover and Prof Ada Yonath. So could all diseases be possibly cured? How do scientists tackle diseases as a result of ageing-related biological decline in the human body through their research? Let’s hear what the two Nobel laureates have to say.

‘We come to end the era of blockbuster drugs.’—Prof Aaron Ciechanover

‘We are different from one another, so it’s naive to expect to deal with the same disease with the same medicine,’ said Prof Aaron Ciechanover, a Nobel laureate in chemistry, at a talk he gave at UM earlier this year. In face of new generations of diseases today, it becomes more urgent than ever to develop medicines that work for us as individuals and interventions that protect us from vicious bacteria that make us sick. 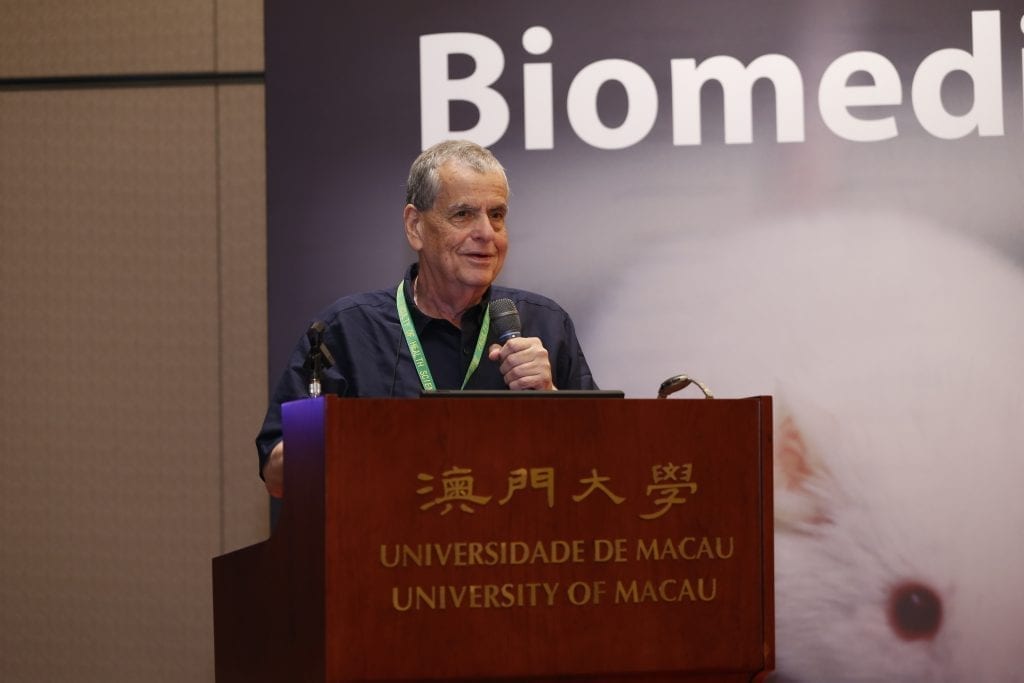 The talk revolved around the question, ‘Are we going to cure all diseases and if yes at what price?’ Ciechanover introduced the audience to the concept of personalised medicine. Personalised medicine, he explained, is the use of information from a patient’s genotype, along with the repertoire of other components such as proteins, to implement a preventive measure against the development of a disease, or to select the most appropriate therapy for it that is particularly suited to that patient.

It took us 4,000 years to have a glimpse of the secret to longevity. And now we are at the dawn of a new age of personalised medicine. The era of blockbuster drugs will come to an end,’ said Ciechanover, who won the Nobel Prize in chemistry in 2004 for characterising the method that cells use to degrade and recycle proteins using ubiquitin. Ciechanover pointed out that the management of a patient’s disease or disposition by using molecular knowledge can achieve better clinical outcomes for that individual. ‘Many drugs in the early days including antibiotics were discovered by accident, and with rapid advancement in science and technology, scientists are now able to develop drugs in a more effective and systematic manner,’ he said. ‘Diagnosing and treating disease are about to change forever, and we’ll be able to cure many diseases and render others chronic, so we can live with them. This will enable us to live longer.’

Ciechanover discussed his breakthroughs in biomedical research and explained complicated scientific ideas in plain language. He also talked about one of the greatest challenges in developing cancer drugs, which is that even patients with the same symptoms often respond differently to the same drug. And that’s where personalised cancer treatment comes in. But technology can be a double-edged sword. ‘The good news is, technological advancement has significantly reduced the cost and time of DNA sequencing, making personalised cancer treatment possible,’ said Ciechanover. ‘But the bad news is, it causes ethical concerns. What about privacy? Will it not exist anymore? How will we prevent a big genome leak? These questions and more are being studied by researchers in order to make personalised medicine as promising a technology for improving human health and longevity.’ 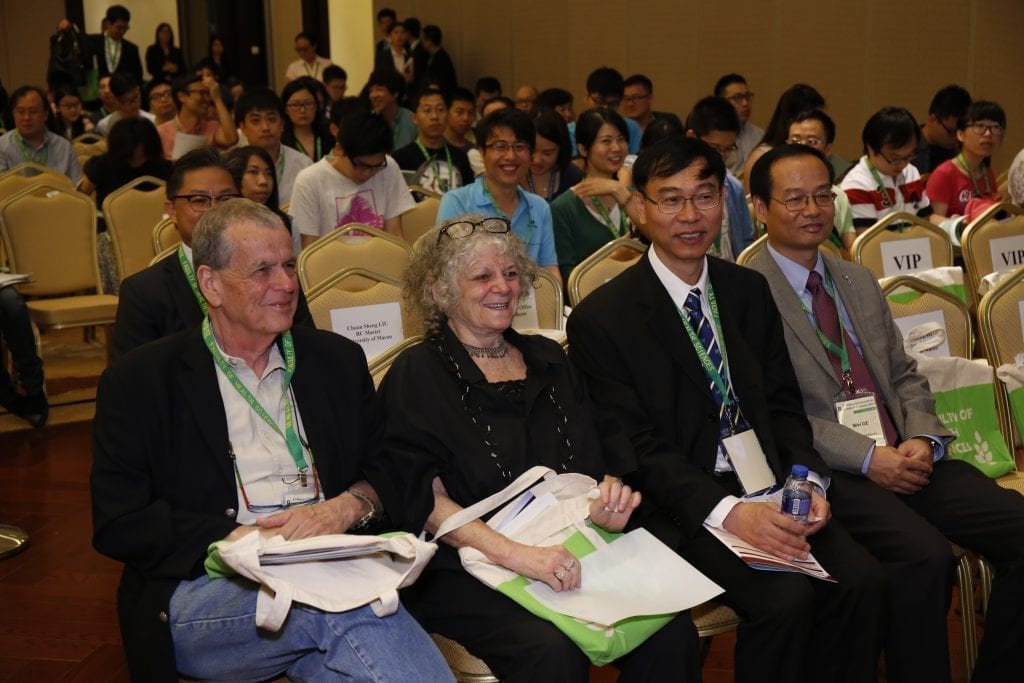 Still searching for a cure to end the war against vicious bacteria.’ —Prof Ada Yonath

Bacterial infections can make you sick. The resulting illnesses can range from mild to life-threatening. An antidote that stops harmful bacteria from multiplying inside your body is, therefore, of extreme importance. Developing effective antibiotics is without doubt a feasible solution and Prof Ada Yonath, a Nobel laureate in chemistry, earlier gave a lecture titled, ‘Resistance to Antibiotics and Preserving the Microbiome’, at UM, in which she discussed the importance of developing effective antibiotics. ‘Bacteria want to live. Some have evolved a diverse array of antibiotic-resistance genes,’ she said. ‘So what we are doing now is to determine structural data for the design of pathogen-specific antibiotics.’ 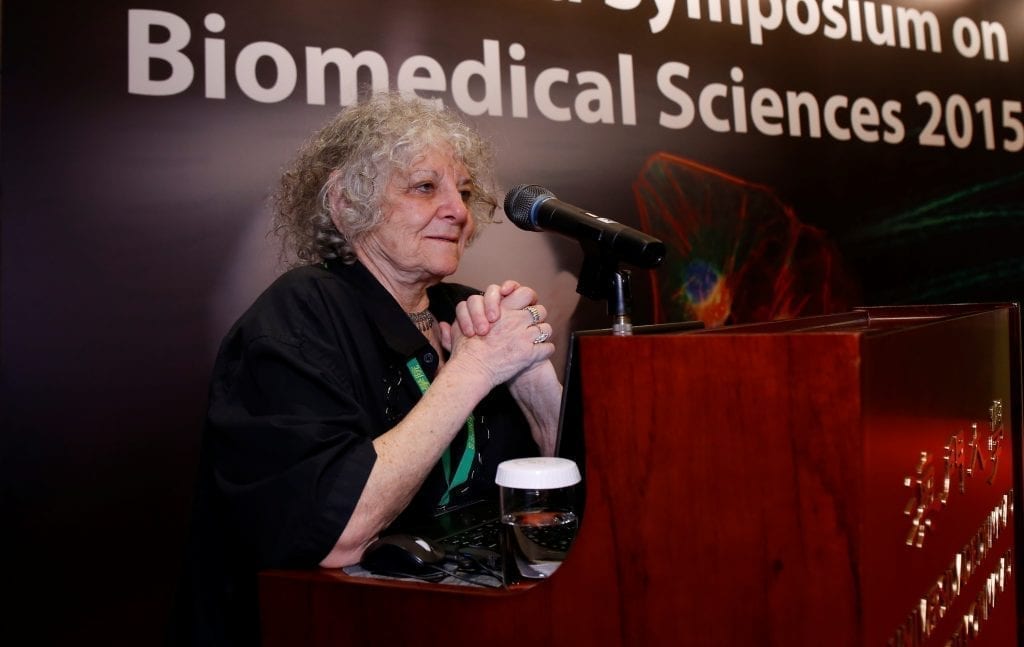 Born in Jerusalem, Israel, Yonath is the only female Nobel laureate in Israel and the only female Nobel laureate in the past 45 years. Her work has not only paved the way for improving existing antibiotics and minimising antibiotics resistance, but has also helped to shed light on the design of new antibiotics which can selectively target disease-causing bacteria. ‘It was bacteria that first started the war! And now we are still in search of a cure to end the war,’ said Yonath. 。

‘Up till now, all useful antibiotics are meant to kill bacteria regardless of whether the bacteria are good or not,’ she said. ‘But when antibiotics become species-specific and are able to target only bad bacteria, it should help diminish the harm caused to the good bacteria in human microbiome,’ said Prof Yonath as she described the relationship between proteins, ribosome and antibiotics. 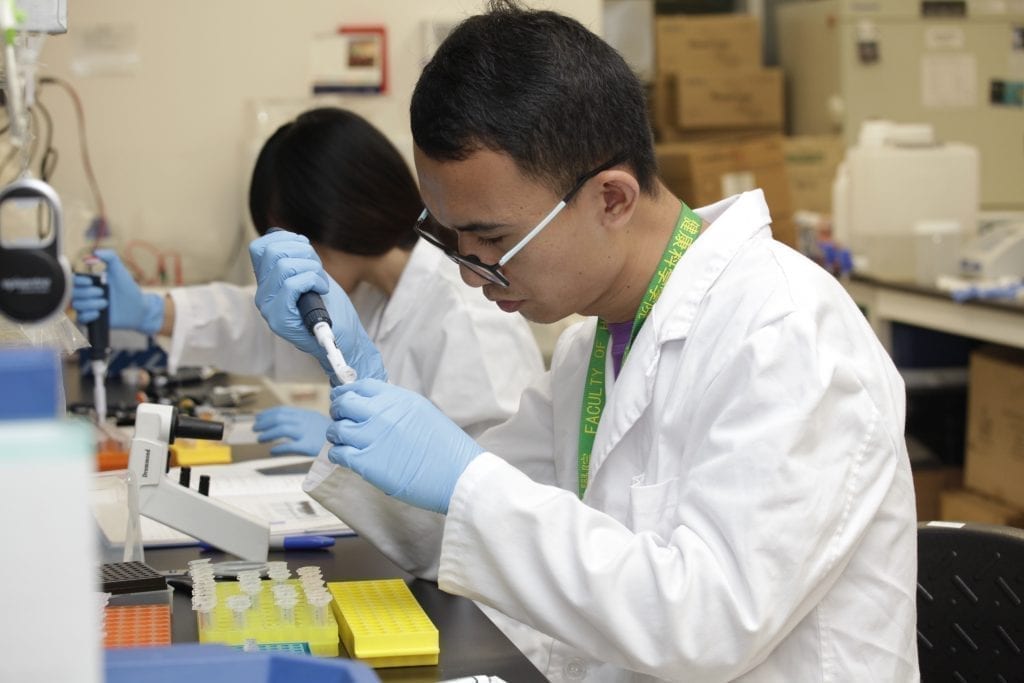 Prof Yonath’s work aims to comprehend the fundamental components of life and the actions of widely prescribed antibiotics. As an expert in ribosome research, who has successfully revealed the structure and functions of the ribosome, she explained the ways to combat antibiotic-resistant bacteria at the lecture. ‘Due to its essential role in each living cell, many antibiotics target them,’ she said. ‘Synergistic drugs open the door for enhancing antibiotics potency by increasing selectivity, providing alternatives interactions, and therefore are expected to reduce the rate of appearance of resistance,’ said Yonath.