On 3 September 2015 China put up an impressive military parade to mark the 70th anniversary of the Chinese victory over the Japanese invasion and the end of the Second World War. President Xi Jinping and all the key Chinese leaders participated in the event with a fairly large number of foreign dignitaries. The mixture of 10,000 doves that were released at the end and overflight of hundreds of combat aircrafts constructed contrasting symbolism and conveyed to the world a vivid picture in black and white. How do we interpret this unique phenomenon?

President Xi is sincere about peace, as are all Chinese people who have benefitted from China’s undisrupted peaceful environment of the last three decades. If the word ‘peace’ sounds like propaganda in a world full of conflicts, it has been the highest norm of human being and has been enshrined in the UN Charter. One can understand its meaning better if he or she thinks about it through another word: war-avoidance. The destructiveness of war to a state and its people is best expressed by Sun Zi’s war-avoidance euphoria that has profoundly shaped the Chinese culture in the last 2,500 years. To Xi Jinping and other leaders in Beijing, war-avoidance is not just cultural but also the foundation of his overall policy guidance.

First, no other means can sabotage China’s rise more decisively than an unwanted war, be it across the Taiwan Strait or in the South China Sea. Secondly, as one senior PLA general once pointed out, China has already transcended the historical period where it had little to lose economically in a major war. Its capacity to endure war damages has qualitatively shrunk due to China’s economic boom. Thirdly, the message of war-aversion in Xi’s 3 September speech is the core of his new major power relations theory that emphasises avoidance of the Thucydides Trap between rising and existing top powers.

A premature showdown between them would damage the former a lot more. Finally, it is in the PLA’s self-interest to delay war, as the longer war is delayed, the better are its chances to deter US attempts to contain China. Therefore Xi’s peace symbolism has not only been translated into a policy choice but also and more importantly reflects a strategic reality that Beijing faces. The result is the fact that China has not fought a single war in 26 years, the longest such period in the PRC history. 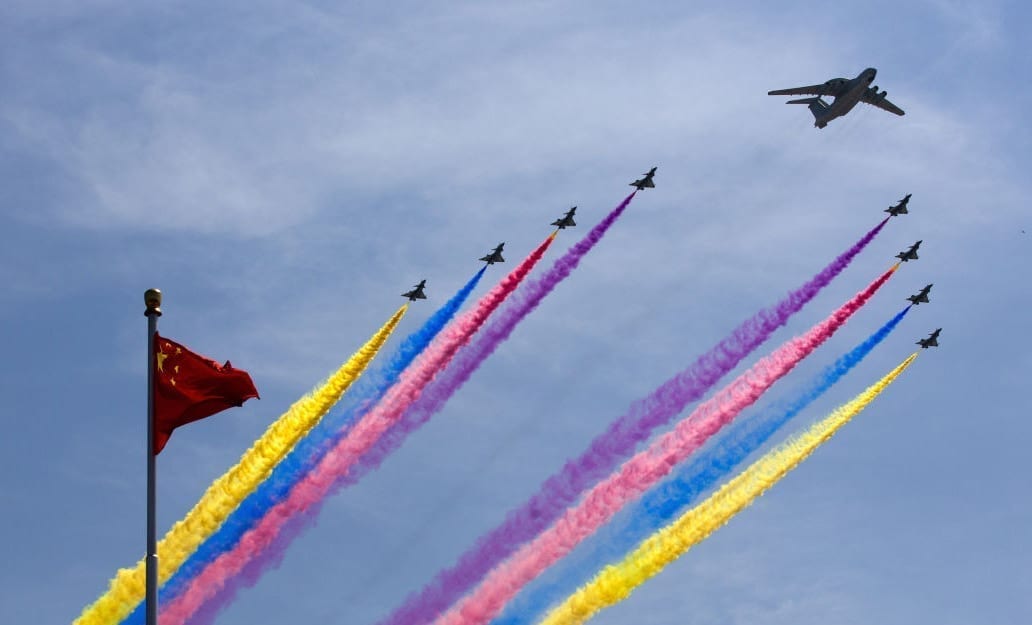 If You Want Peace, Prepare for War

Then why such a demonstration of the war machine in the V-Day parade? A simple answer would be that China faces multilateral and grave external threats: militarised territorial disputes, serious disparity in order of battle with the most powerful military of America and much improved defense capabilities of its neighbors, such as Japan and India. While a strong army boosts popular confidence in the political leadership, China’s international status and the PLA’s credibility in future wars, it suits China’s traditional culture that a nation’s disaster materialises when national defense is neglected.

The basic idea of the IR theory of realism, namely ‘If you want peace, prepare for war’, fittingly matches the Chinese defense culture that has two sides: be careful with initiating a war but be resolute in war prevention with necessary capabilities. The central theme of the V-Day parade informs President Xi’s strategic policy guidance in regard to protecting China’s vital national interests: it is a dialectic of being firm on sovereignty claims on the one hand, but flexible in practical crisis prevention and management on the other. So far a precarious balance seems to have been struck. Yet as the Sino-US rivalry is deepening, the equilibrium will be more difficult to maintain. Under the circumstances a showcase of military hard power is Beijing’s message to its potential adversaries, despite the peace symbolism that Xi Jinping tried hard to drive home. 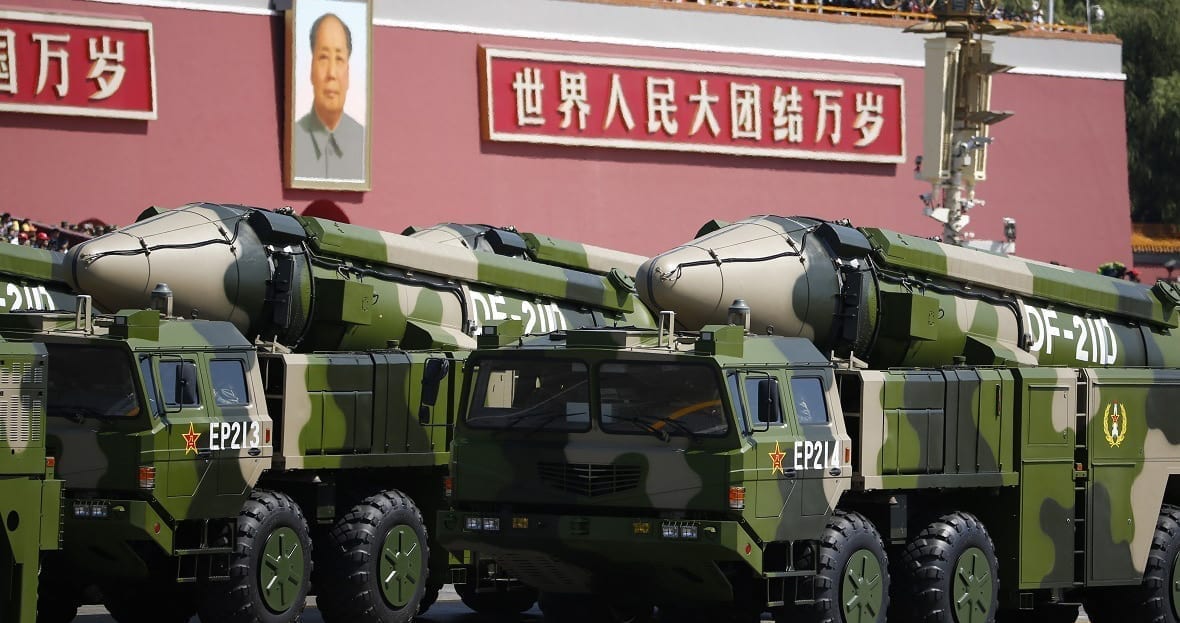 To most V-Day Parade watchers the brightest point was the demonstration of the weapons systems that have created mixed feelings worldwide. The authorities claimed that 90 per cent of the weapons on display were home-made. This is true, although a significant amount of technologies used in making them were foreign derived. Most Chinese mainlanders were genuinely proud of the missiles, artilleries, tanks, and armed personnel carriers slowly moving in front of them. Observers outside China picked up their strong and weak points. On the whole the PLA weapons in the parade conveyed impressive imagery to on-lookers. They clearly represent the rapid progress that the Chinese national defense industrial complex has made in research and development and in producing equipment increasingly of the current NATO standards.

To top military powers in the world the most threatening strategic weapons in the parade are two intercontinental ballistic missiles, namely Dongfeng-5B and Dongfeng-31A. Although we have known these two types for quite a long time, their demonstration still revealed some new traits that could only reasonably be hypothesised in the past. For instance, it is now clear to many PLA watchers that DF-5B is two-staged, a major improvement from its predecessor DF-5 that was paraded in the 2009 event. DF-31A is a mobile intercontinental ballistic missile. Its mobility makes it more difficult to be detected early and thus more difficult to be destroyed after the missile is fired. For a long time analysts argued that only 5 per cent of China’s land-based intercontinental ballistic missiles could survive a first surgical strike, but with DF-31A in service the percentage has risen significantly. What is not demonstrated in the parade is China’s sea-launched intercontinental ballistic missile Julang-2, which is much more survivable and thus more threatening than any of the PLA’s land-based DF missiles. Therefore the PLA did not showcase all of its best inventory in the V-Day parade but the deterrence weapons on display on 3 September were enough to let the world audience know what it is capable of in a major war.

In the parade there were other weapons systems that cater for specific combat missions. Prominent among them were DF-21D and DF-26 intermediate range ballistic missiles. The PLA has developed them for the purpose of striking ‘large moving targets at sea’, which really means US aircraft carriers. These weapons can be called 2A/AD (anti-access and area denial) weapons specially designed for a kind of asymmetric warfare against the US intervention in Asian sovereignty disputes involving China. These are highly sophisticated platforms whose success is not only linked to missile capabilities but also to China’s military satellite systems.

In sum, the V-Day celebration was a major public relations act staged by the Beijing government. The part of military parade added glamour to it. Its success has been measured by a high media approval rate, the boost in popular confidence in national defense and strong reflection of China’s recent humiliation. Certainly other questions can be raised as well.