Text│Cravina Chong
Photo│Ella Cheong & Eric Tam, with some provided by the interviewees

In recent years, the Macao SAR government has vigorously promoted cultural and creative industries, leading to the emergence of many budding local filmmakers, including Emily, who earlier this year completed Timing, the first film co-produced in Beijing and Macao, and Fei Ho, director of The Memories, the first Macao-produced film to hit the big screen.

Emily and Fei were classmates when they studied in the Department of Communication at the University of Macau (UM). During that period, they worked together and made a number of films, including Find My Way, the opening film at the First Macau Independent Film Festival, and Another Home, which won the Jury’s Commendation Award at Macao Indies 2012. When they graduated from UM in 2013, Fei chose to stay in Macao, while Emily decided to study in Beijing.

After graduation from UM, Emily went to Beijing to pursue a master’s degree. ‘I love making films and telling stories through the language of film. I also want my future business card to read “film director”,’ she says.

The film industry in mainland China has experienced rapid changes in recent years, with post-1980 and post-1990 filmmakers rising in popularity and the post-1990s segment becoming the biggest audience of commercial films. This trend is not lost on Emily. ‘During times of change, you can either rise to the top and establish yourself or remain in oblivion,’ she says.

But the road to the top is always uphill. When she was working as an intern in the Beijing film industry, Emily spent six hours every day commuting between her dormitory and her office, and little by little she gained a better understanding of the film market in mainland China. She learned industry knowledge and filmmaking skills, and developed professional connections, through which she met her current agent. Looking back, Emily says, ‘Those years in Beijing allowed me to gain three years’ worth of experience in just one year.’ 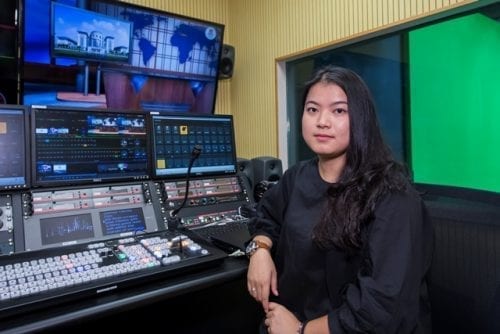 The scripts Emily wrote in Beijing brought her one opportunity after another. But the real turning point in her career came in May 2014, when her comedy Kung Fu Goddess won the Best Film Proposal Award at the First Guangdong–Hong Kong–Macao Film Production Investment and Trade Fair.

Shortly after she won the award, Emily attended a gathering, where she once again bumped into her current agent. After listening to Emily present stories from three different genres, the agent thought she had potential, with versatile storytelling abilities. So he recommended Emily to a film production company. In July of the same year, the company signed her, and Emily’s dream to become Macao’s first full-time commercial film director came true. Emily is expected to produce three films over the next five years, each with a budget of approximately 40 million patacas. 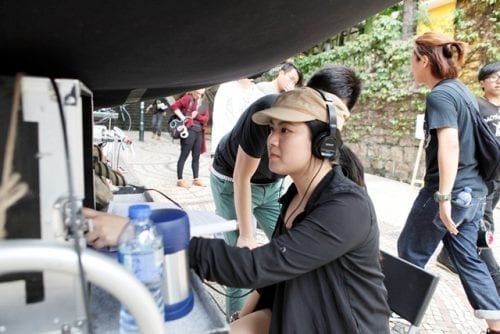 Because of an unscrupulous producer, the flming schedule of Timing was delayed and Emily found herself in a financial squeeze

Grateful to Macao and UM

Filmmaking is a costly and risky business. Emily was one million patacas in debt when working on Timing. ‘I was so worried that I wouldn’t be able to pay back the debt if the movie didn’t make money, and so I told myself failure was not an option. Luckily we had a fairly good box office receipt in mainland China, and we managed to break even,’ says Emily.

Mainland China is Emily’s main target market, but she is very attached to her hometown Macao. ‘Professionally I have to think bigger and look beyond Macao, but I’m grateful for what Macao has given me,’ she says. ‘So I donated all the proceeds from Timing, minus the cost, to UM’s Communication Society, to support those who wish to pursue a career in filmmaking.’ Emily is especially grateful for what she learned at UM, which has made her career smoother. ‘UM doesn’t have a film department, but I’ve learned many useful skills, including skills in planning, organising, and public speaking. Knowing how to present your stories to potential investors is the most important skill for a filmmaker, and what I’ve learned at UM has greatly helped my career development.’

Giving Her All to Filmmaking

Emily admits she is the kind of person who would give her all to her dream, but she is far from being impulsive. ‘Before I do anything, I would ask myself what the worst case scenario would be,’ she says. ‘I’m 27 now, and even if I’m not successful in five years, I’m still young and I can still do other things. So I thought, why not give it a try?’

A self-taught film director, Fei Ho seems to be remarkably sensitive to words, music, and images. ‘I’ve never received any proper training in film directing, but when I read a paragraph or listen to music, even without lyrics, images appear in my mind, without me having to actively conceive of anything.’ But talent alone is not enough. Fei believes the most important habit film directors need to cultivate is the habit to constantly expose themselves to cultural works across different genres, such as drama, painting, and operas.

‘I want to make films that appeal to a mass audience.’

Interestingly, although Fei’s old works, such as Find My Way and The Memories, hit the big screen and have been greeted with positive reviews, these are not the type of films he prefers. ‘I want to make films that appeal to a mass audience, something like A Letter, which is a light love story I directed when I was still a sophomore at UM,’ he says. His wish came true in 2013, when Macao launched, for the first time, a programme to support the production of feature films. Fei’s script stood out from 16 submissions and became one of the four funded scripts under the programme. 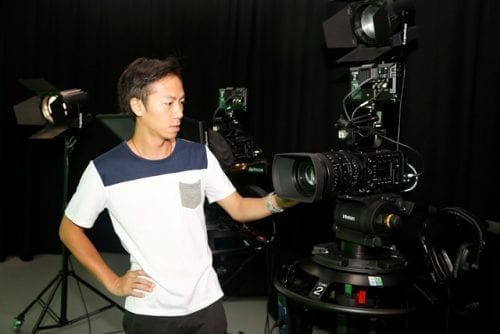 Setbacks Are Only Detours

However, it was impossible to make a commercial film solely on the funding of the programme. Fei tried to find additional support in the industry, but to no avail.

I tried to look for sponsors for all the aspects of filmmaking. I contacted a big local company to ask if they could sponsor accommodation for the crew, but so far I haven’t heard from them,’ he says. ‘I also contacted a film production company in Beijing. They loved my story and were willing to invest, on the condition that they would appoint another director to replace me.’ Not wanting to hand his story to someone else to direct, Fei decided to find other ways. 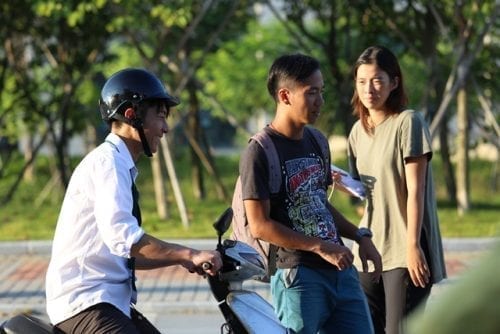 The UM campus is one of the sets for Fei’s new flm. Pictured is Fei directing a car crash scene.

Fortunately, through his connections in Hong Kong and mainland China, Fei was finally able to hire a professional crew at lower-than-normal prices, and many local artists agreed to help him. ‘There are a lot of talented people here in Macao—costume designers, set designers, storyboard artists, etc. They were helping us at half of their normal prices, and I was really touched by their support,’ he says.

Fei is currently making a new film, and the UM campus is one of the sets. The crew has been staying in the UM postgraduate dormitories. ‘I’m really grateful to UM. It has always been supportive of us graduates and the local cultural community. Had it not been for the support of my alma mater, it would have been very difficult for a budget film crew like ours to find a cheap place to stay,’ he says. While a student, Fei met many great teachers and friends at UM, and of all these people Fei says he owes a special debt of gratitude to Wu Ho King, a senior lecturer from the Department of Communication. ‘Mr Wu helped us a lot,’ he says. ‘Whatever film we wanted to make, and whatever support we needed, he always tried his best to communicate with the university on our behalf to help us. The most interesting thing I learned from his class was how to create a green screen, which taught me a lot about post-production.’

After graduation, Fei found a job at a local television. While holding a full-time job, with daily back-to-back meetings and frequent trips to mainland China, he never stops pursuing his dream. ‘You’ve got to keep your passion burning, otherwise you wouldn’t be able to persist through the tough times,’ he says. 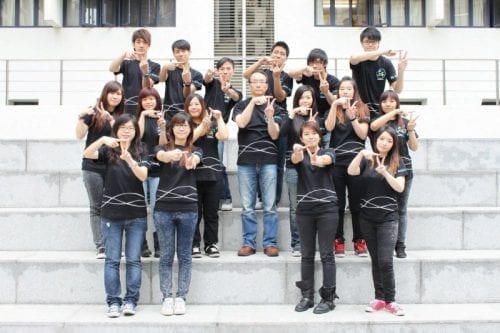 Fei (back row, 3rd from left) and Emily (front row, 2nd from right) worked together and made a number of films when they were studying at UM. In the middle is senior instructor Wu Ho King.

The experiences of Emily and Fei are interesting enough to make a film about. Chasing the same dream, they took different paths. Emily chose to go to Beijing and has never looked back, while Fei found a job in Macao and pursued his dream with equal passion and persistence. Robert Altman once said, ‘Filmmaking is a chance to live many lifetimes.’ But if given only one lifetime, what better way is there to make a masterpiece of it than to spend it doing what makes our hearts sing? Neither Emily nor Fei can predict whether they will succeed. They know there will be setbacks that will cast a shadow on the road to their dreams, but they also know, without a shadow of a doubt, that they will enjoy the journey.