In ancient China, people often used the phrase ‘having read more books than could be contained in five carts’ to describe an erudite person. But if Prof Yang Yi had lived in that time, people would have had to invent a new phrase to describe his erudition, because the books he has written about the pre-Qin thinkers alone would have burst five carts. Yang Yi is a chair professor at the University of Macau (UM). Well-versed in both ancient and modern literatures, he is hailed as ‘one of China’s best literary historians in the 21st century’ and ‘one of the most original and influential scholars in China.’ 。

Like a detective combing through what little evidence he could find, Prof Yang has devoted his life to studying the works of leading thinkers in ancient China. Recently, he published a new book, Genesis of Confucius’s Analects, a weighty 1.05-million-word tome that transports the reader back to the historical scenes of thousands of years ago.Prof Yang joined UM five years ago. Despite his heavy teaching load, he never lets his literary studies or writing slide. Approaching 70, he still writes an average of 500,000 words every year. At the end of our interview he told us he was planning a new book on Chu Ci. He has already made notes of more than 300,000 words, and will start writing at the end of this year.

Back to the Genesis

A simple T-shirt. A pair of gold-rimmed glasses. Hair sprinkled with grey. This is Yang Yi, a worldly and humble scholar with a smile that radiates childlike innocence. He is often surrounded by respectful students, and he can talk endlessly with like-minded people. 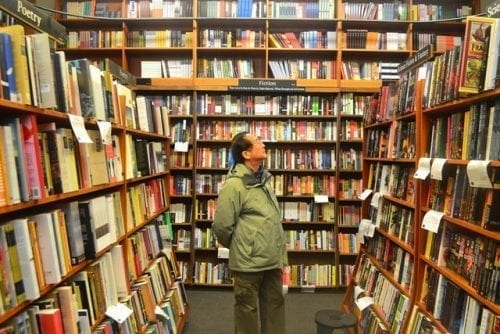 Yang fell in love with Chinese literature, especially the classics, during childhood. He would read his favourite books over and over again. Spellbound by the words that seemed to be whispering mysteries from thousands of years ago yet difficult to comprehend, he made a decision that would later shape his career path—he decided that he would devote his whole life to solving these mysteries. His new book, Genesis of Confucius’s Analects, which is part of his Genesis series, is hailed by the academic community as a monumental masterpiece in the study of pre-Qin thinkers and a landmark contribution to the study of classical Chinese literature. The Genesis series aims to revisit the historical contexts of the works by pre-Qin thinkers and to decode the ‘cultural genes’ of their works, a process which Yang jokingly likens to ‘crime scene reconstruction’. ‘My attempt to decode these classics is like a detective’s effort to solve a case with footprints,’ he says. ‘Their works are like the footprints they left behind, and by studying them, it is then possible to turn ancient wisdom into modern wisdom that has resonance for contemporary living.’ 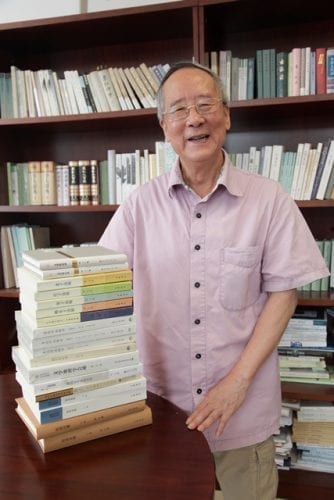 ‘Classics like The Analects of Confucius were written by people, so there are “footprints” left behind. From a single footprint, a detective could determine the age, height, weight, and posture of the suspect and find the person. But a scholar should go one step further. Instead of being content with measuring the width and length of the footprint and its distance to the window, a scholar studying the works of intellectual giants like Lao Tzu and Chuang Tzu should always remember to treat their works as a detective would a footprint. They must understand that no meaningful study of their works would be possible without understanding the cultural codes, lives, activities, and state of mind of the thinkers in question,’ he says. 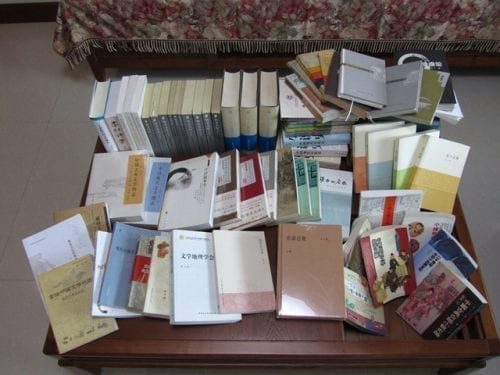 A Door to a Different World

A good book opens a door to a different world where one embarks on a memorable journey and has a conversation with the author. Growing up in the countryside, Yang knows all too well the joy of reading. ‘Those of us from the countryside are no strangers to strenuous manual labour,’ he says. ‘We’ve carried water or even faeces. We blush when speaking in public. As a child, I didn’t get to see the outside world. My family was very poor. My parents laboured in the field every day from sunrise till sunset, barely having time to wipe away the sweat pouring down their faces. With them working so hard to pay for my tuition fees, how could I not do my best in school?’

When he first went to college, Yang felt like a frog leaving a deep well for the first time, dwarfed by everyone else who seemed to be better than him in every way. ‘Those from big cities like Beijing and Shanghai talked about books by Balzac, Tolstoy, and Pushkin, names someone from the countryside had never heard of,’ he says. In his first essay assignment, he wrote, ‘We saw more leaves from trees than those from books,’ meaning students from the countryside spent more time in the field than in the classroom. Touched by his article, the professor tacked it on the classroom wall as a model essay. And it was then that Yang made a quiet promise to himself that he would make up for lost time and read as many books as he could. 。 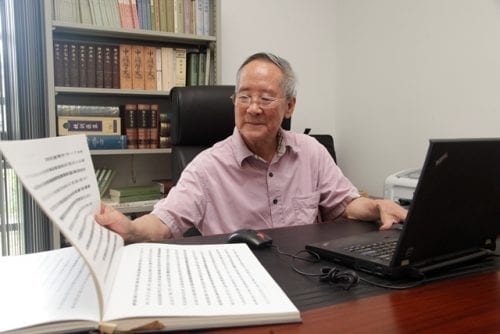 Yang Yi has a unique approach to academic studies

When he first joined the Chinese Academy of Social Sciences (CASS), Yang was mostly quiet. The library in the CASS’s Institute of Literature and the national library in Beijing were his most-frequented places. A mantou (Chinese steamed bread), some salted vegetables, and a bottle of water could last him an entire day in the library. He used to read 2,000 books before starting to write one. ‘Like water under the ice, flowing to the east day and night unbeknown to anyone.’ Perhaps these two lines from a poem by the Tang dynasty poet Du Mu are a fitting description of Yang’s quiet yet consistent progress in his academic journey. Reading keeps him young at heart and thirsty for knowledge. This state of mind, in turn, becomes a key that opens a door to a different world. 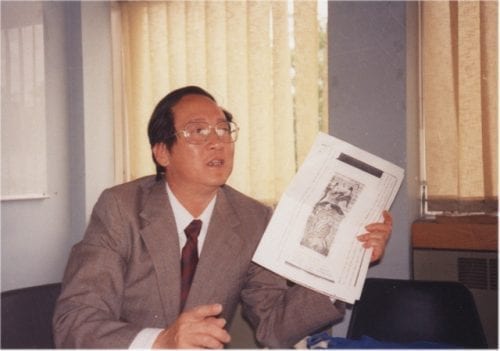 In 2009, when Yang left his position as the director of the CASS Institute of Literature, he received invitations to work at many higher education institutions. But he put off making a decision because he was preoccupied with finding a way to be a ‘matchmaker’ between the works of pre-Qin thinkers and the literature of Hong Kong and Taiwan. Then he thought of Matteo Ricci. ‘But the problem is that he has already been extensively studied in Macao, and discussing him in Macao would be like teaching fish how to swim,’ he says. Finally he found an angle related to classical literature—‘when Matteo Ricci meets Siku Quanshu’ [Siku Quanshu means Complete Library in the Four Branches of Literature, which was compiled in the Qing dynasty] ‘How is Matteo Ricci treated in Siku Quanshu? This is a new angle from which we could explore how the two cultures interact with each other,’ he recalls, excitement barely containable.

Soon afterwards, Yang was invited to attend an international conference on literature, which was attended by scholars from Hong Kong, Taiwan and Macao. He shared this new angle with participants in the conference. The head of UM’s Department of Chinese Language and Literature, Prof Zhu Shoutong, who was also at the conference, arranged for Yang to meet with Rector Wei Zhao. ‘Without any preparation I went to the old campus to meet with Rector Zhao, and from him I learned that UM attaches great importance to Chinese, so I decided to come to UM. I often tell people, I followed Matteo Ricci’s footsteps to UM,’ he says with a laugh. 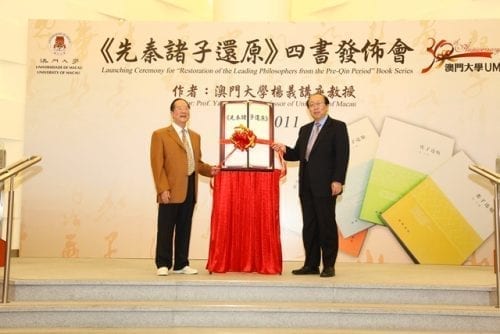 After he joined UM in 2010, he established a research team in Chinese literature, and within two years, he and his team published more than 900,000 words and seven long papers on pre-Qin thinkers. ‘Macao is neither at the centre nor on the margins of the academic scene. Rather, it is at the forefront. The advantage of being at the forefront is that you get to be the first to be exposed to new academic trends and you also get to be the first to carry out academic innovation,’ he says. ‘I’ve worked many years in this field, and now is the time for my hard work to bear fruit. UM is in a stage of fast development, which I think will usher my academic studies into another golden age.’