Prof Da Hsuan Feng is the first director of global affairs at the University of Macau (UM). He is a theoretical physicist and an educator who has worked in many different countries. His life story reflects a truly global background. He was born in India, grew up in Singapore, and received PhD degrees in the United Kingdom and United States, and he has been a visiting scholar in numerous countries. He served as the director of the Division of Theoretical Physics of the United States National Science Foundation; vice president for research and economic development at the University of Texas at Dallas, and professor in its Department of Physics; vice president of Science Applications International Corporation (SAIC), a Fortune 500 company; and senior vice president at both Tsing Hua University and Cheng Kung University in Taiwan. Last year, Prof Feng started a new chapter in his career by joining UM. How does he plan to use his extensive connections to help UM attract outstanding students from around the world?

U: You have an international background. Tell us more about it.

F: When I was a child I studied at a Cantonese elementary school in Singapore. It was a very ‘Chinese’ school. After I went to middle school, the Singaporean government began to implement an education reform, and that was when English began to be used in schools. My parents were educated in the United States, so I was exposed to English at an early age, but it wasn’t until I went to college that I began to receive formal education in the language. In the liberal arts college I attended in the US, there were only 1,000 people, and I was the only Chinese, which forced me to write, talk and even think in English every day during the four years I spent there. In retrospect, I was indeed very lucky, because I had the opportunity to experience different cultures and education models, which expanded my knowledge and helped my career tremendously, especially over the past 15 years when I worked in administration in higher education institutions in Asia and America. 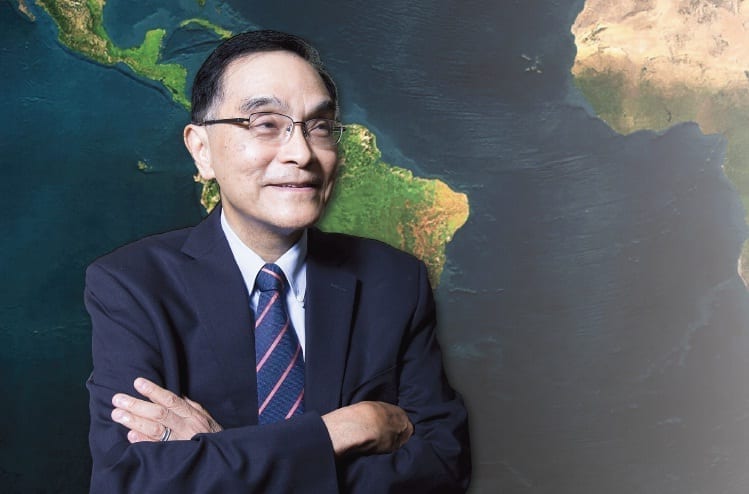 U: Why does UM need a new global strategy?

F: That is an excellent question! I believe my experience as the vice president for research and economic development at the University of Texas at Dallas (UTD) has great relevance to my job here. When I was the vice president at UTD, it was just like UM today. It is a young university but full of vitality. At the time, we considerably raised our admission standards for undergraduate programmes. We also focused our efforts on recruiting the best people, and within a short time we recruited two Nobel laureates. It’s also worth noting that Aziz Sancar, the Turkish scientist who shared this year’s Nobel Prize in chemistry, completed his PhD studies at UTD—in 1977 if my memory serves me right. Another reason for the rapid growth of UTD, which I think is more important, is that Dallas is a high-tech city, but it didn’t have a top university, so everyone, from government officials to residents, provided tremendous support to the university. Because of a stronger faculty team and the effort of its alumni, UTD’s international reputation has increased rapidly over the past 15 years.

UM’s new campus is 20 times larger than the old one, with advanced facilities and a vibrant academic atmosphere. These are all great things, but the new campus also brings new challenges for the university. The new campus represents a milestone in UM’s history. It tells a ‘tale of two cities’— its construction wouldn’t have been possible without the close collaboration between Macao and Zhuhai, and, of course, the great support of the central government. The world’s eyes will be on Macao. If the new campus provides a new page to write UM’s success story, then it’s the responsibility of every UM member to contribute to this story and to disseminate it worldwide. And in order for that to happen, we need a new multi-pronged global strategy. 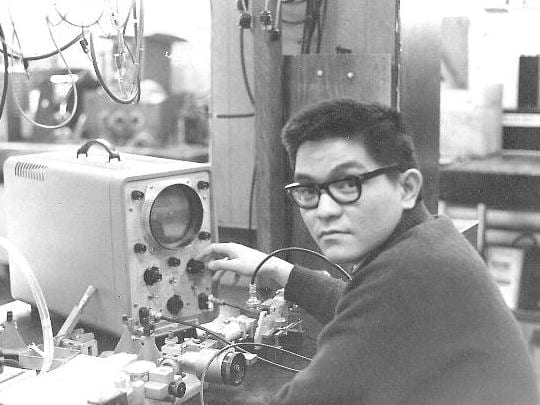 U: What are the specific strategies for attracting international students?

F: We cannot be rash in carrying out any strategy aimed at increasing the number of international students. We must first identify the underlying rationale. For example, among all the Asian countries, we identified Malaysia as our first target market. Why? Because students from independent middle schools in Malaysia have exposure to both Chinese and Western cultures, grow up in an English-speaking environment, and are also influenced by Islamic and Malaysian cultures. Students from other Asian countries rarely possess such a diverse background. And if we can attract Malaysian students to UM, it will be relatively easy for them to integrate into the local community. They will also bring new ideas and new cultures which are different from those in the other Asian countries.

India is also our target market. This is mainly because China and India, both of which are BRIC countries, together make up about 40 per cent of the world’s population. Therefore, it is likely that a high percentage of the people Macao youth will interact and compete with in the future will be from mainland China and India. Young people from India are the competition for young people from Macao. But they are also the talented students we want to recruit. We have signed an MOU with the Indian Institute of Technology Guwahati, which is one of the top universities in the world. The collaboration projects to be carried out under the MOU will promote academic exchange between India and Macao, especially in the field of civil engineering. We have also established partnerships with the three best middle schools in Guwahati, and we will try to recruit students from these schools for our undergraduate programmes. I believe that as more and more international students join UM, we will soon see a fundamental change in the international mix of the student body, and that will in turn create a more international atmosphere on campus. Of course, the fact that I was born in India is perhaps also an important motivation behind my wish to attract more Indian students to UM. 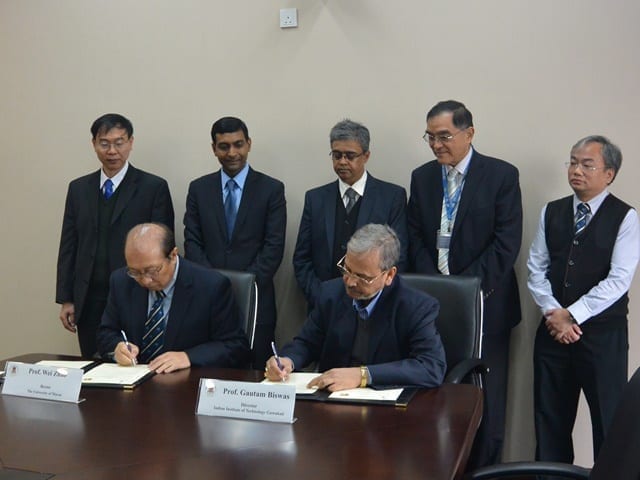 UM has signed an MOU with the Indian Institute of Technology Guwahati, which is expected to promote academic exchange between India and Macao.

U: What do you think of the competitiveness of the young people in Macao?

F: The ultimate purpose of university education is to train young people to have vision, to instill their confidence, and to prepare them to become globally competitive. In the 19th century, four centuries after the start of the Renaissance, European universities were able to accomplish those goals. But then came World War I and World War II, which sent almost all the best European talent fleeing to the US. So towards the end of World War II, there was a dramatic improvement in the quality of American universities, which were able to equip their graduates with vision, self-confidence, and competitiveness. Now in order for young people in Macao to have confidence and competitiveness to face real-world challenges, it is both necessary and important for UM to become a high-quality university. Only when we train our students to have vision, self-confidence, and competitiveness, can we help them to figure out what career they want to pursue in the future, or in some cases, help them to realise that the career they want to pursue in the future may not yet exist. This is also an important reason why we need a high-quality university with global vision, even for a small city like Macao.

Another very important issue is the relations between the university and the local community, or the so-called ‘Town-Gown Relations’. Some people probably know that the success of the University of Cambridge is to some extent due to its close relations with the local community. UM is also a public university, so it is UM’s responsibility to promote the ‘Town-Gown Relations’, to encourage Macao residents to pursue further education, and, more importantly, to help young people in Macao build self-confidence. We hope that one day UM will be able to produce graduates with global vision and global competitiveness, and to make the people of Macao feel proud of the university’s achievements. 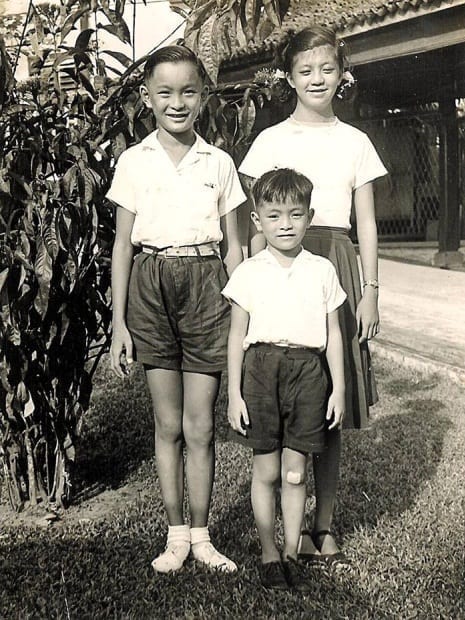 Growing up in Singapore, Da Hsuan Feng (middle) was exposed to both Chinese and Western cultures at an early age.

U: What qualities must young people have in order to thrive in the 21st century?

F: UM is committed to creating opportunities for students to study in an international environment and to experience different cultures. In order to thrive in the 21st century, young people in Macao must consider other people’s challenges from other people’s cultural perspectives rather than from a local perspective. We hope to attract more foreign students from distinct cultures because they will bring different ways of thinking. 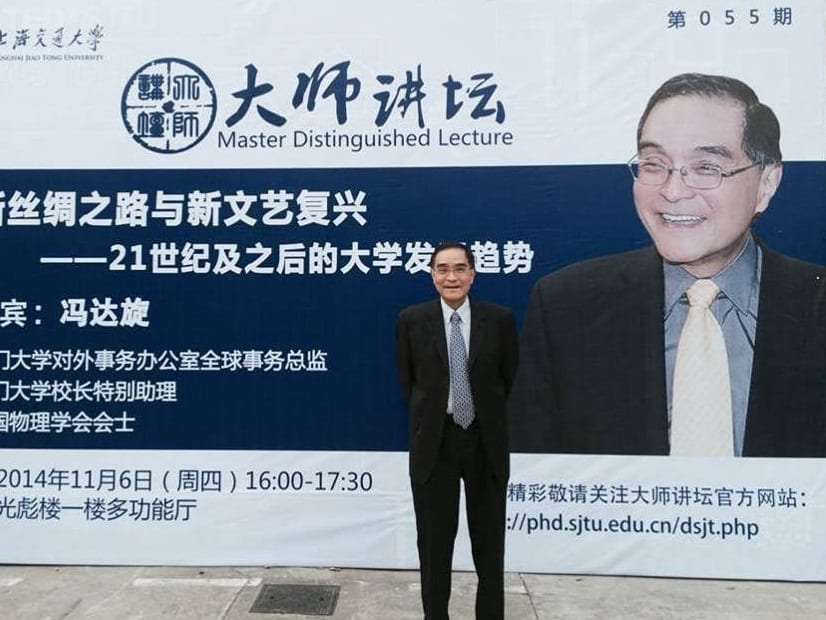 U: How is having a first-class university important to regional development?

F: The Pearl River Delta region has a population of between 60 and 70 million, which is larger than the population of the UK. But no university to the west of the Pearl River qualifies as truly first-class, and there are only five medical schools in the region, so clearly the development of higher education institutions have failed to keep pace with the development of the region. Without the support of first-class universities, it would be very difficult for a region to achieve economic success. It is my firm belief and strong hope that in the not so distant future, the various universities in the Pearl River Delta region will have closer collaboration, and that UM will be one of the key players in the process.