What Do Oxford-Cambridge Admissions Questions Teach Us about the Meaning of Education?

For students the world over, an Oxbridge education is to die for. But to get there, you must first run the gauntlet of the notoriously daunting and difficult admissions questions, many of which are weird and unsettling. But, if you examine them carefully, there is indeed a method in their madness.

Describe a Spoon to a Martian

The right to ask crazy questions is the preserve of the world’s tip-top universities, and Oxford and Cambridge seem to take a perverse pleasure in this creative torture. We can’t imagine any university in Macao, Hong Kong, China or the rest of Asia having the audacity to pose outlandish questions to applicants such as asking them to‘describe a spoon to a Martian’ or asking them ‘Are you a novel or a poem ?’—both questions cited as representative examples by the famous author and BBC Radio 4 presenter Libby Purves. 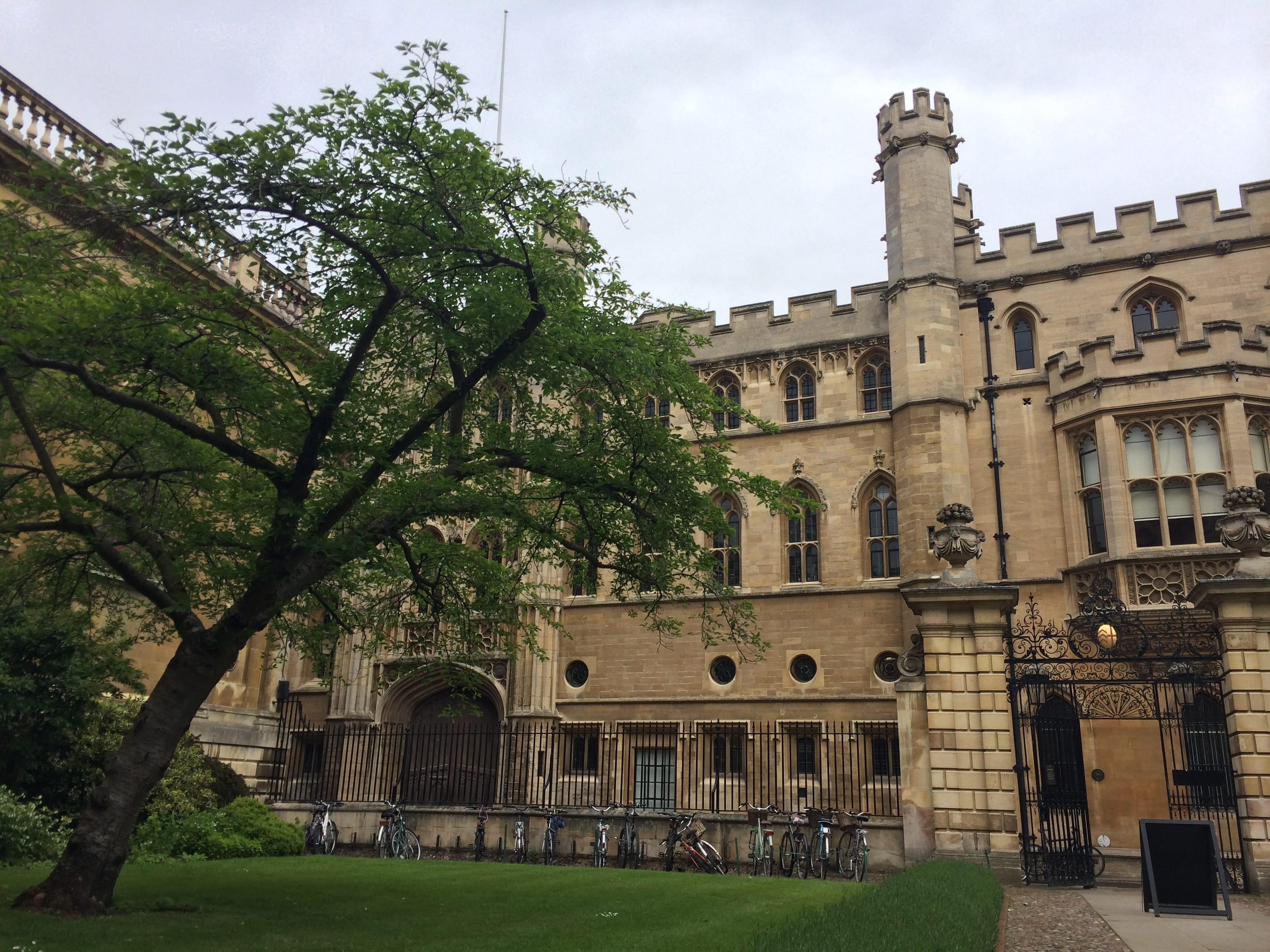 If you are not knocked off-balance by these unorthodox questions, you may begin to realise that there is a purpose behind their other-planetary weirdness. I remember Prof Andrew Hamilton, the vice chancellor of the University of Oxford, telling a Hong Kong audience not too long ago that an applicant for an engineering degree programme might be asked by an Oxford recruiter what he thought of inflation in 17th century Holland. These apparently nonsensical questions are designed to separate the wheat from the chaff. What is wheat in exam-crazy Asia, however, may be chaff to curiosity-driven Cambridge or Oxford. Possession of knowledge, prized in Asia, is passe in elite global universities. The Oxbridge admissions questions are not something you can bone up for, or be prepped for. 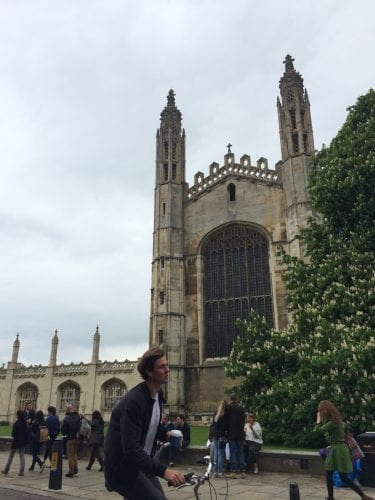 Possession of knowledge is passé in elite global universities

Think Outside the Box

According to people in the know, including John Farndon, they care much more about whether the candidates can think their way out of the unfamiliar or the unexpected. In this encounter, the ability to think on your feet, as well as poise under pressure, is prized over a factually pedestrian reply. A wicked sense of fun and a non-conformist attitude are also desirable.

These questions, experts point out, are designed to see how much of the answers reveal the mental make-up of the applicants, whether they are capable of challenging their own assumptions or mental habits. Someone who shows self-knowledge is preferred over someone else who doesn’t. More than factual knowledge, evidence of self-knowledge is much cherished in candidates, for education is after all about self-discovery and self-development.

Whatever you do, don’t be boring and predictable in giving your answers. If you can be entertaining and playfully clever at the same time, you are in with a shout, there being no right or wrong answers. They look for the ability to free-associate, to scour every nook and cranny of thought, to go down untrodden paths, and to be liberated from the tyranny of facts. This is a far cry from the Eastern fetish with facts.

Facts, in this age of innovation, tend to have a short shelf life. An addiction to facts often means that someone is insufficiently future-proof. Years ago, Louis Cha, Hong Kong’s only world-famous writer, a prolific author of martial arts novels, was granted an honorary doctorate by Cambridge University. While gratefully accepting the honour, he made an unheard-of request to be admitted as a full-time student
in a Master’s Degree programme at the advanced age of 80, finally obtaining his earned doctorate at the young age of 86. When I asked him why he did this, his reply was simple: ‘I wanted to prove that I was worthy of the doctorate they conferred on me.’ And when asked how distinctive a Cambridge education is, he said that Cambridge only cares for originality. It has no use for derivative thinking.
Mainland students are famous for being fearless exam warriors. They practically grow up in the test trenches. This immunity to exam shell-shock partially explains why they consistently outperform most of their Western peers in PISA tests. Elite Hong Kong students are not far behind in being battle-hardened. But they both woefully lack the free-flowing, wide-ranging, field-commanding intellect sought after by Oxbridge recruiters. Macao students are lucky in not being subjected to the pressure cooker of public exams. They should therefore have more room for intellectual adventures. We should all be like Louis Cha for whom learning has no age limits. 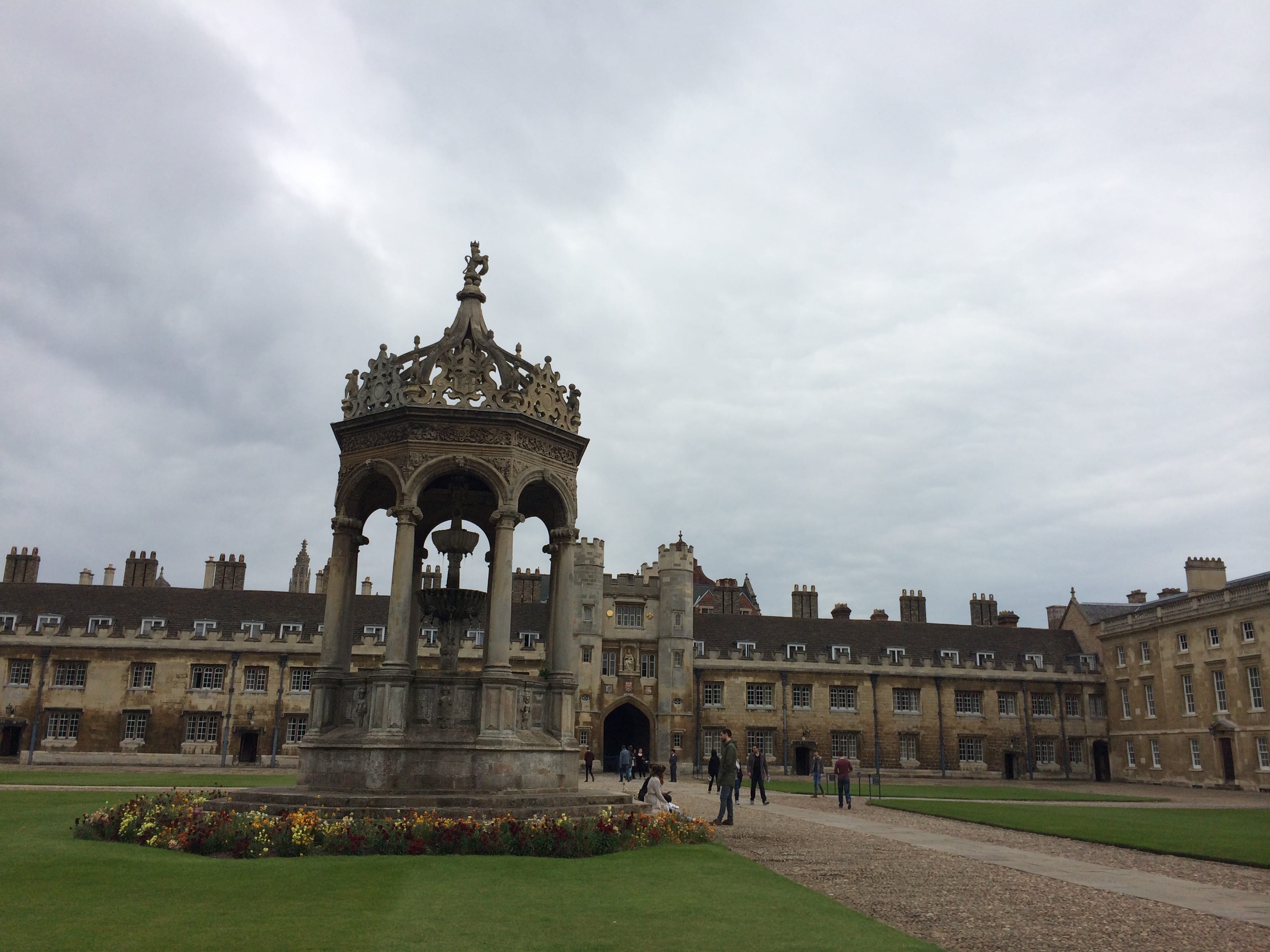 Education is about self-discovery and self-development

The Meaning of Education

As the school year draws to a close, students will be out job-hunting in earnest. There is a lesson in Oxbridge admissions questions even for the job interview process. Many hiring questions are so predictable that job seekers usually come armed with the ‘right” answers. But giving the right answers is not the same as being the right match for the positions sought. It is well-known to job recruiters that giving pat answers is often a poor prediction of future job success and yet the practice persists. Employers should take to the Oxbridge practice of asking wacky questions. There is something to be said for their subtle technique: If you can disorient candidates, get them out of their comfort zones, you might have a better chance of discovering the real person behind their answers. 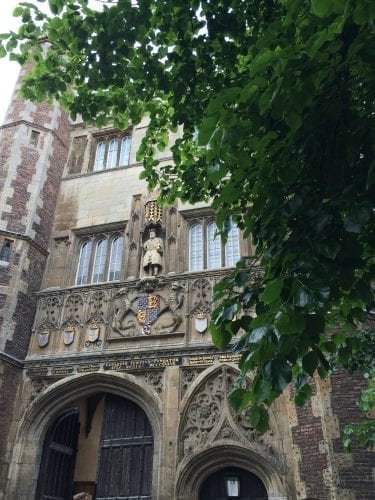 A meaningful education is about freeing the intellect

Now that we are knee-deep in the innovative global economy, many jobs are either off-shoreable, machine-replaceable or destined for obsolescence. The only skill that is durable, bankable and irreplaceable is creativity. It seems that our education system is seriously behind the curve in promoting lateral thinking and individual originality.

The Oxbridge admissions questions, silly as they may seem, have a hidden but timely message for us about a meaningful education: the freeing of the intellect to face the challenge of change or the future. You may not be Oxford or Cambridge-bound, but if you want to enter any hallowed halls of learning, the last thing you want to do is to force-feed yourself with precooked answers.