The University of Macau’s (UM) Centre for Studies of Translation, Interpreting and Cognition (CSTIC) was inaugurated on 9 November 2014. UM Rector Wei Zhao, Vice Rector for Student Affairs Haydn Chen, Prof William Shi-Yuan Wang from the Chinese University of Hong Kong, and University System of Taiwan Chancellor Dr Ovid J L
Tzeng, along with other guests, attended the inauguration ceremony. UM has long offered translation and interpreting training programmes between various language pairs, including Portuguese and Chinese, English and Chinese, and Japanese and Chinese. The training programmes include a minor in translation, MA in Translation Studies, and PhD training in Translation Studies (offered under the PhD in Linguistics programme). The establishment of the CSTIC is expected to bring UM to a new level in teaching and research in the field of translation and interpreting studies.

ranslation is as old as language itself. If people who speak different languages want to communicate with one another, they have to rely on the help of a competent translator or interpreter. It is said that Zhuge Liang, the famous statesman, ideologist and strategist during the Three Kingdoms Period in ancient China, was accompanied by a translator during his military campaign aimed to pacify the southern tribes. Another distinguished historical figure, Admiral Zheng He, was also accompanied by a translator during his seven epic voyages to Southeast Asia, the Middle East, and Africa. Since the 1990s, China has experienced rapid economic growth amid the trend of globalisation, and is now one of the major economic powers in the world. With this comes an increasing demand for translators and interpreters in practically every sphere of society, which has in turn fuelled the demand for the training of these professionals. UM’s programmes in translation and interpreting were designed precisely for the purpose of equipping students with bilingual proficiency. 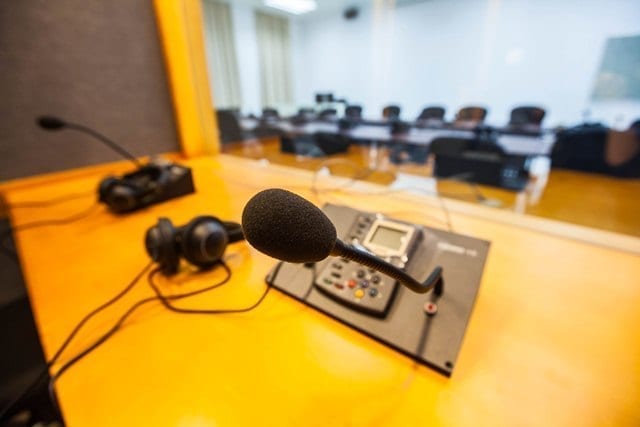 The Rise of Translation Studies

In the 1970s, Translation Studies first rose as a new academic discipline. The discipline was started by European scholars and later spread to other parts of the world, including North America, Asia, and Australia. Translation Studies as an independent discipline has two meanings. First, it means the construction of a theoretical system that studies the process of translation, translated works, and the social and cultural functions of translated works. Thus done, training of translators can be conducted within the framework of the system following a set of principles instead of relying on snippets of subjective experience sharing by individual translators. 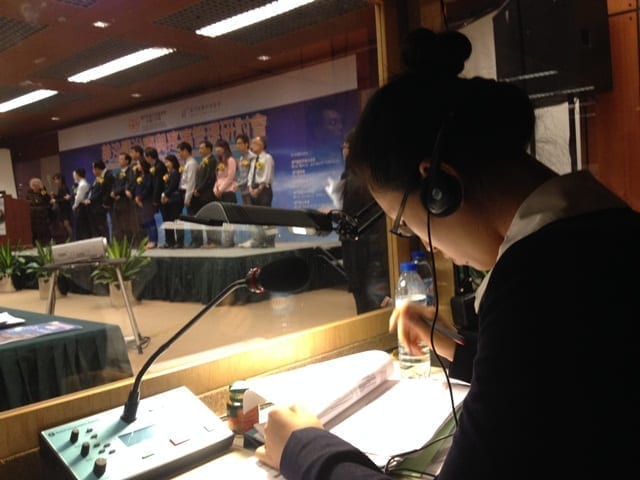 A UM student interpreting for an event

It does not matter who the translator or sponsor is, what the intention or purpose of translation is (be it for revolution, democracy, science, spread of the gospel, or for the appreciation of literature), what the ideological orientation is, or what the religious beliefs are. The conversion from the source language to the target language must go through the brain. There is simply no other way to accomplish this process. Translation is a mental activity, or, to be exact, a cognitive process where linguistic signals (whether alphabetic or phonetic) are received by one’s sense organs (such as the eyes or the ears), decoded by the brain, and then sent out again, also in the form of linguistic signals, but in a different language. Because this process of conversion involves dealing with the differences with respect to a number of factors, including linguistic contexts, cultures, and ideologies, there is necessarily a process of ‘integration’ between when the signals are received and when the converted signals are transmitted, and this is what ‘translation’ means in the strictest sense of the word. 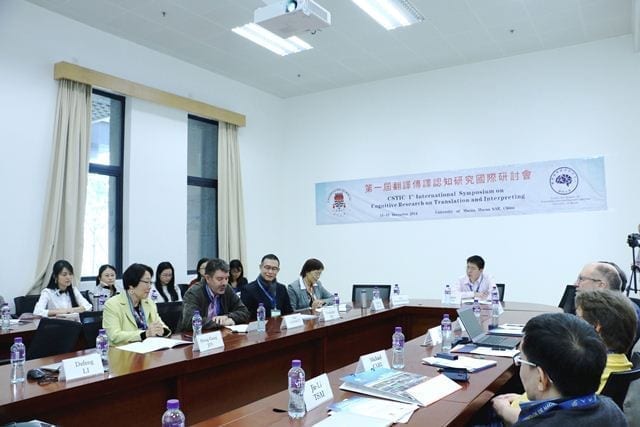 To study the cognitive process of translation, one must adopt the methodology of empirical sciences; that is, to systematically collect, observe and analyse samples and then to systematically interpret the results. In mature sciences such as physics, chemistry, biology and engineering, there are well-developed theoretical and methodological formulas in each of the three steps mentioned above. In disciplines such as psychology and linguistics, where the object of study concerns humans, there are also well-developed theoretical and methodological formulas. This is especially true of experimental psychology.

Moreover, as a result of the rapid development in economic, scientific and technological realms over the past three decades, high-tech apparatuses are being used more widely than ever, greatly benefitting researchers. For instance, high-performance computers, software that facilitates research (such as statistical analysis programme, keylogger, etc), eye trackers, EEG, MEG, PET, MRI, and the like were thought to be used by scientists only, but they are now used in Translation Studies.

The input of one language and the output of another in the process of translation (especially in interpreting) involves the various functions of the brain, especially the cognitive function. Therefore, it is impossible to study the process of translation without using these tools. Scholars of the humanities use laboratory equipment to solve problems in their own fields (eg: using fMRI to scan the brain of a reader while reading literary works), while scholars in science and technology use laboratory equipment to solve problems related to the humanities (eg, Natural Language Processing, NLP). The infusion of the two seems to be the trend and a sign of the progress of society. Of course, one area where there is great potential to be tapped by scholars of Translation Studies, in the absence of their own specialised laboratory equipment, is the construction of corpus, which could consist of texts, recordings of interpretation, or transcripts of such recordings. 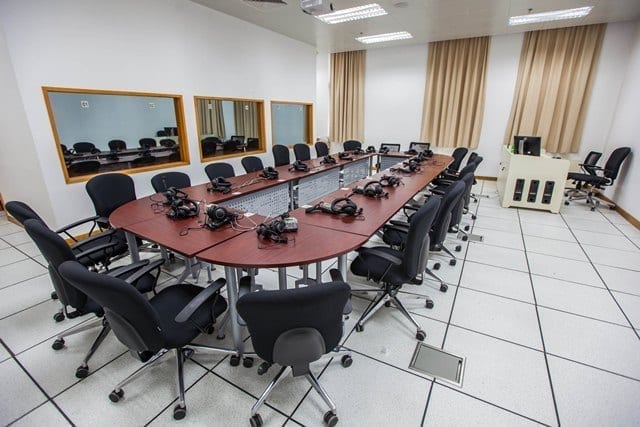 Traditional corpus technologies come from corpus linguistics and computational linguistics. The original purpose was to collect a large body of natural language data in order to find grammar rules and language usage rules, especially morpheme- and phrase-related rules. Theoretically, this approach deliberately defies the theory-oriented approach to the studies of languages (eg: it does not believe in the existence of universal grammar rules, and maintains instead that any language is a collection of set structures.) Technically, a computer is generally able to search for forms, morphemes, and phrases of a limited length. However, when it comes to searching for sentences or linguistic units above the sentence level, the task becomes more difficult for a computer, and this is when human annotations become necessary.

Researchers making manual annotations is an unavoidable part of using corpuses in Translation Studies. This is because under most circumstances when we are studying the texts (source text and translated text), we are not looking at morphemes or words but mini-discourse units (MDU) composed of textual sentences. And this is a distinctive characteristic of using corpus in Translation Studies. As for what kind of corpus should be constructed, that depends on the
purpose of the research. 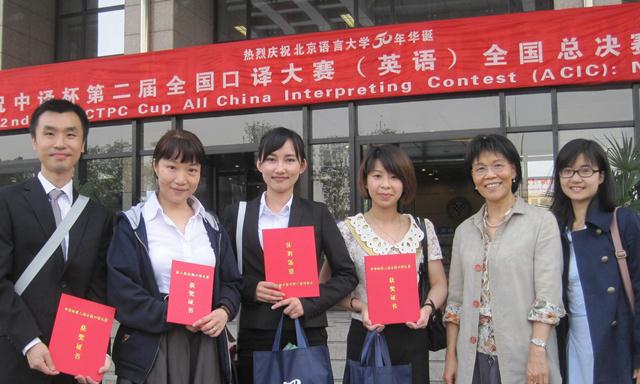 For instance, translation and interpreting are different in that the former is not subject to any time constraints (we don’t know how much time the translator spent producing the translation), while the latter (especially simultaneous interpreting) must be done under time pressure. What this means in the creation of corpuses is that if we are creating a corpus for the purpose of studying translation, then we must find a minimum of two translated texts for each source text, not only because that is the only way to identify cognitive patterns—the common characteristics exhibited by different translators, but also because this can rule out the role of the length of time spent producing the translated text in contributing to such commonality. A corpus for studying interpreting, on the other hand, does not have to meet this ‘one-to-many’ requirement. The same time constraints render the process basically the same regardless of who the interpreter is.

In other words, after identifying the factors that pertain to individual interpreters, a one-to-one study is usually sufficient to reveal the commonality of the process. Of course, some other important questions, such as how we might conduct quantitative and qualitative analysis of the patterns automatically generated by the available corpuses, are too complex and involve too many theoretical and methodological issues to be covered within the scope of this article. Suffice it to say that with neuroscience advancing at an astounding pace today, there has never been a better time to study the cognitive process of translation and interpreting.

What Do Oxford-Cambridge Admissions Questions Teach Us about the Meaning of Education?