Text│Kristy Fok
Photo│Eric Tam, Jack Ho, with some provided by the interviewee

Today, scientific research is no longer just an academic pursuit confined to the ivory tower. Rather, it is intrinsically linked to our everyday life, and has the potential to set the trend for the world to follow. Perhaps that’s why an important scientific discovery made in one part of the world often catches the attention of the globe. Recently, the University of Macau (UM) has done just that with innovative scientific outputs in information science, microelectronics, and Chinese medical sciences.

Google Glass Can Steal Your Passwords

A research team led by UM Rector and Chair Professor Wei Zhao, in collaboration with a team led by Prof Xinwen Fu from the University of Massachusetts Lowell, discovered that smart devices like iPhone, Google Glass and smartwatch can be used by hackers to steal the passwords of one’s phone, tablet, or even bank accounts. The findings have been reported by numerous media worldwide including CNN, Wired, and Huffington Post, sparking a heated discussion about privacy issues of smart devices. Related results have been presented at the top computer security industry conference Black Hat USA 2014 and the prestigious academic computer security conference ACM CCS 2014. 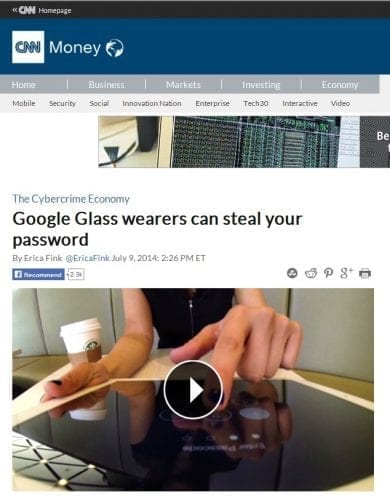 Prof Zhao is an expert in computer and information sciences. He is also the chief scientist of the Internet of Things project under the 973 Programme, a national key research development programme in China. The teams created a piece of software that identifies the shadows from fingertips typing on a tablet or smartphone. The algorithm then converts those touch points into the actual keys that were being touched, thus allowing the researchers to crack the password. According to Prof Zhao, once the videos were retrieved from a Google Glass, smart phone, webcam, or camcorder, this software can capture the movement and shadows of an unsuspecting victim’s typing fingers, and whereupon steal his or her passcode to the smart phone or tablet. If the victim uses online banking and types in the PIN, the hacker can potentially access the victim’s bank account.

“This is probably the first application in the world that can steal someone’s password to his or her smartphone without having to see what’s on the screen,” says Prof Zhao. The related computer vision technologies have the potential to be used for different purposes. The teams’ findings sparked a heated discussion about privacy issues among over one billion users of smart mobile devices worldwide, and also pointed to areas for improvement in the design of application software.

Over the past decade, UM has developed rapidly in microelectronics research, and now enjoys a leading position in the field. In recent years, the State Key Laboratory of Analog and Mixed-Signal VLSI (AMS-VLSI Lab), led by the Vice Rector (Research) and Chair Professor Rui Martins, has published 55 papers in international journals, 115 in conference proceedings, and 3 monographs, and has obtained 10 US patents. The research team has been invited to present their research findings at the International Solid-State Circuits Conference (ISSCC) of the Institute of Electrical and Electronics Engineers (IEEE), which is considered the “Chip Olympics”, for four consecutive years. 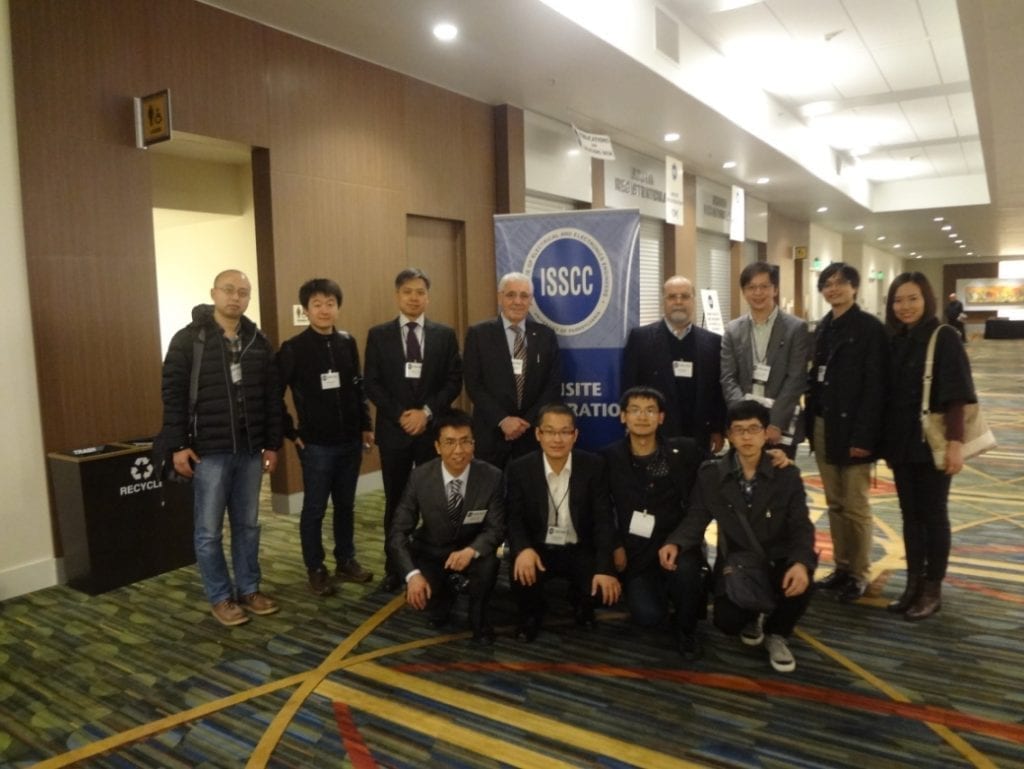 UM representatives at the 61st ISSCC

At the 2014 ISSCC, with participants from top universities as well as world-leading IC companies in the field, the UM team presented three innovative works and state-of-the-art chips. The designs of these works enable extra-high speed and low energy consumption in the operation of the chips, which until then had been a technical bottleneck. The three presented papers are entitled “An RF-to-BB-Current-Reuse Wideband Receiver with Parallel N-Path Active/ Passive Mixers and a Single-MOS Pole-Zero LPF”, “A 0.5V 1.15mW 0.2mm2 Sub-GHz ZigBee Receiver Supporting 433/860/915/960MHz ISM Bands with Zero External Components”, and “A 0.0013mm2 3.6μW Nested-Current-Mirror Single-Stage Amplifier Driving 0.15-to-15nF Capacitive Loads with >62° Phase Margin”, which led UM to be ranked among the world’s top ten universities in terms of the number of first-authored papers. Other universities that entered the top ten include the University of Michigan; the Massachusetts Institute of Technology; the University of California, Los Angeles; and the University of California, Berkeley. The related papers have been included in ISSCC’s conference proceedings. 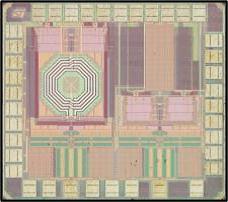 Additionally, UM PhD student Yan Zushu was awarded the IEEE Solid-State Circuits Society Predoctoral Achievement Award, in recognition of his outstanding academic achievements in his PhD study.Not only the works were highly appraised by the conference participants, three UM PhD students were invited for job interviews by Qualcomm, which is an American semiconductor company and the No 1 mobile chipmaker in the world. Due to their exceptional works achieved at UM, two of the three students were eventually hired by Qualcomm, while the other one was hired by MediaTek Singapore Pte Ltd, one of the world’s leading IC design companies. 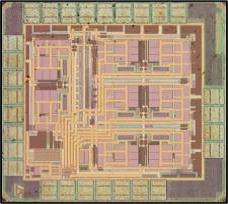 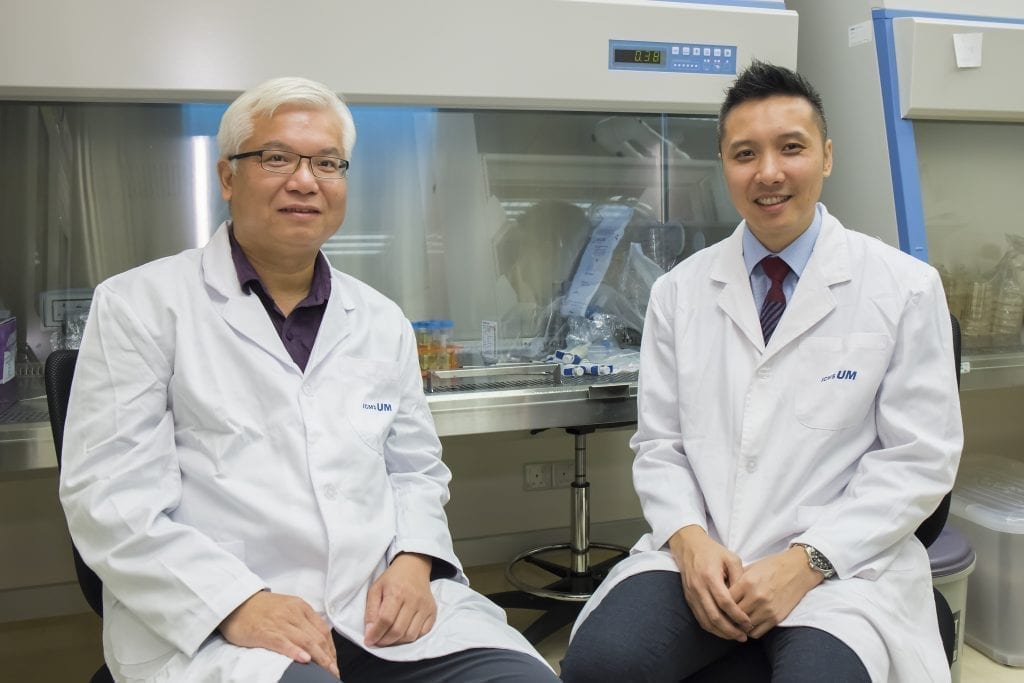 These two findings have been published in the Cell Death & Disease, under the Nature Publishing Group, and the chemistry journal Angewandte Chemie International Edition, both of which are recognised as prestigious and reputable journals. The studies provide a theoretical and experimental basis for developing new anti-tumour drugs from natural product or metal complex scaffolds.

Another researcher Dr Leung Siu-Wai, assistant professor from the ICMS, and his postgraduate students, found through a meta-analytic study that the combined use of dapagliflozin with conventional anti-diabetic drugs may improve glycemic control in type 2 diabetes without significant side effects such as weight gain. The research team was aware that the dapagliflozin, which acts on the kidney, is not as effective in lowering blood glucose levels as other hypoglycemic drugs, which increase insulin sensitivity of cells or act on the liver. However, the team’s finding would benefit many type 2 diabetic patients with predisposition towards obesity.

The studies provide a theoretical and experimental basis for developing new anti-tumour drugs from natural product or metal complex scaffolds.

The study of Dr Leung’s team was first published in BioMed Central’s Systematic Reviews, and the British Medical Journal’s BMJ Open. It was later reported by Reuters Health and forwarded by other worldwide media. Additionally, the study has been published as reference material on Medscape, which is a professional medical website widely used by clinicians around the world. 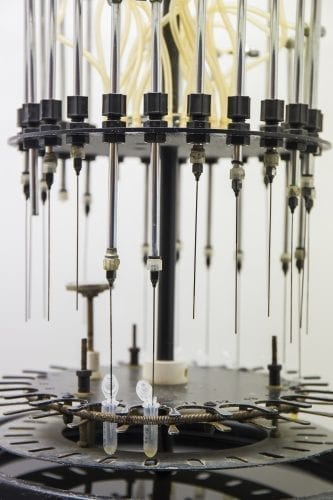 The university’s achievements in medical sciences are equally encouraging.

The late Chinese mathematician Hua Luogeng once said, “Scientific achievements are accumulated drop by drop, and it is only after a long time can these drops be accumulated to become a sea.” Whether it’s an invention that brings comfort and convenience to people’s lives, or a medical advancement that promotes people’s health and prolong their longevity, UM scholars have worked hard—and will continue to work hard—to crack some of the most challenging problems facing our modern society so as to better the world and improve people’s wellbeing.