During a visit to Macao in his capacity as vice president of China in early 2009, Xi Jinping announced the central government’s decision to develop Hengqin Island. Later, the University of Macau’s (UM) new campus project, which is considered by many to be a landmark collaboration between Macao and the mainland province of Guangdong within the “One Country, Two Systems” framework, was started. Five years have passed, and on 20 December 2014 now President Xi made another visit to Macao. This time, his itinerary included a visit to UM’s new campus. He received a warm welcome from UM teachers and students, and visited one of the residential colleges at UM where he had a lively discussion with the students about Chinese culture

Praising UM’s Innovative Educational SystemPresident Xi and his entourage arrived at UM around 3:00pm in the company of Macao SAR Chief Executive Chui Sai On. He was warmly received by Secretary for Social Affairs and Culture of Macao SAR Tam Chon Weng, UM University Council Chair Lam Kam Seng, and UM Rector Wei Zhao. Upon arrival, President Xi first visited the University Gallery, where Rector Zhao told him about the master plan for the university, its history and educational philosophy, the research achievements of the two state key laboratories, and the rare ancient books housed in the university library. 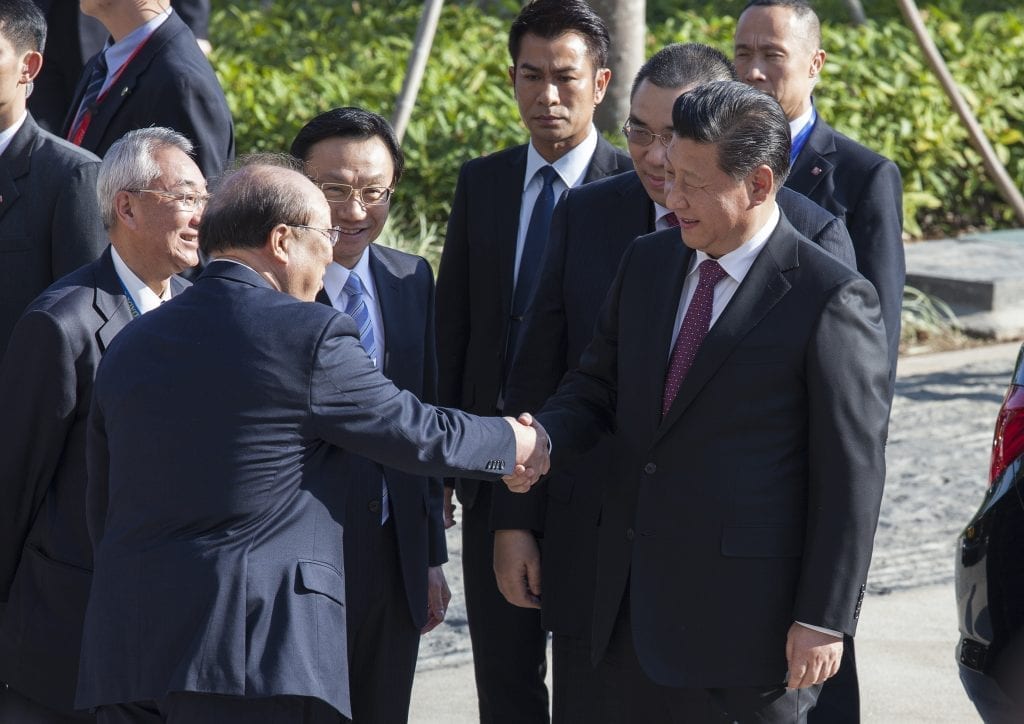 President Xi praised the beautiful surroundings of the new campus and the various innovations UM has implemented in the educational system. After learning that UM has ascended to the world’s leading position in research on nano-chips and in research on Chinese medicines with modern technologies, President Xi encouraged UM to keep up the good momentum and play a part in accelerating the implementation of China’s “innovation-driven growth strategy”. Rector Zhao responded, “We will try our best to make UM even better in the future so as to bring glory to Macao and our country.” 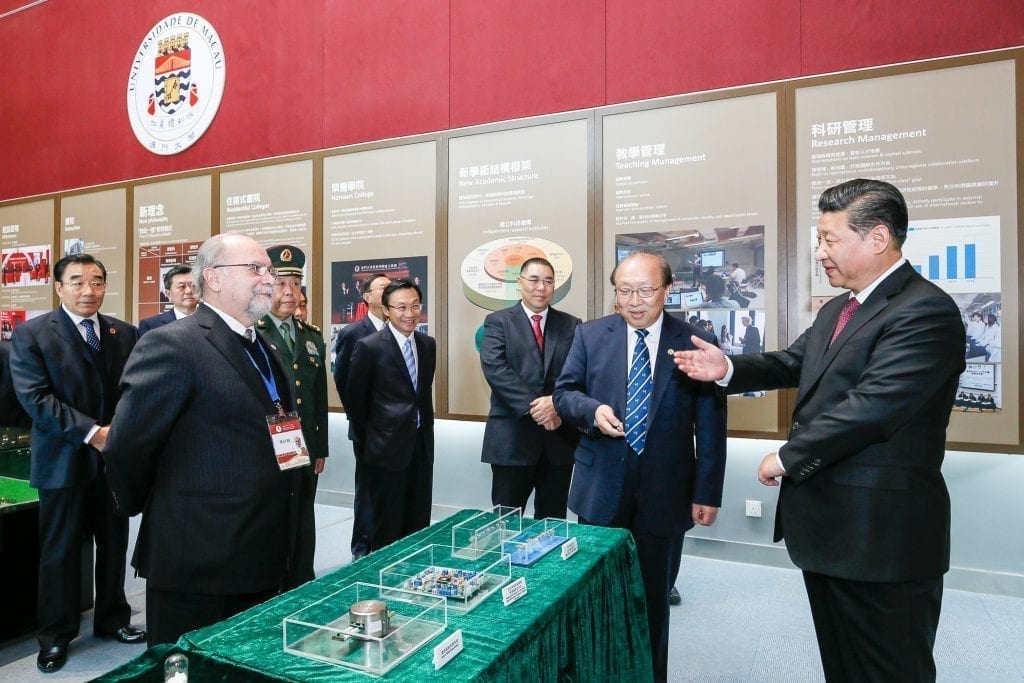 President Xi also visited one of UM’s eight residential colleges, Cheng Yu Tung College (CYTC). Vice Rector (Student Affairs) Haydn Chen and CYTC Master Chung Ling told President Xi about the residential college system and the facilities of the college. At the time of his visit, some college students were discussing what today’s young people can learn from traditional Chinese culture and traditional Chinese virtues, such as respecting the elderly and loving the young, as well as the five virtues listed in the university motto: humanity, integrity, propriety, wisdom, and sincerity. The students were very pleased to see President Xi and immediately invited him to join their discussion. 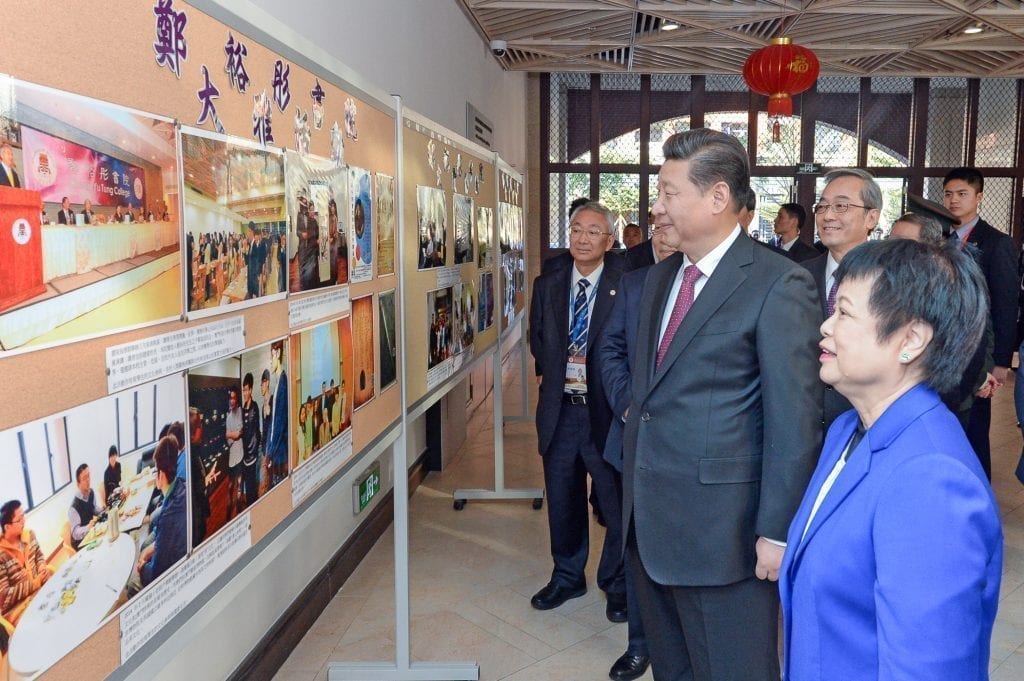 After listening to the students’ remarks, President Xi expressed his own views about how to promote traditional Chinese culture. “Chinese culture dates back to a long time ago. It is profound and deep,” said President Xi. “It is like a treasure trove. Once you are inside it and uncover the gems, you would benefit for life. We should take the essence and discard the dross, and give it a new dimension suited to the time. We should make it the moral standards we strive to achieve and let it guide our behaviour.” 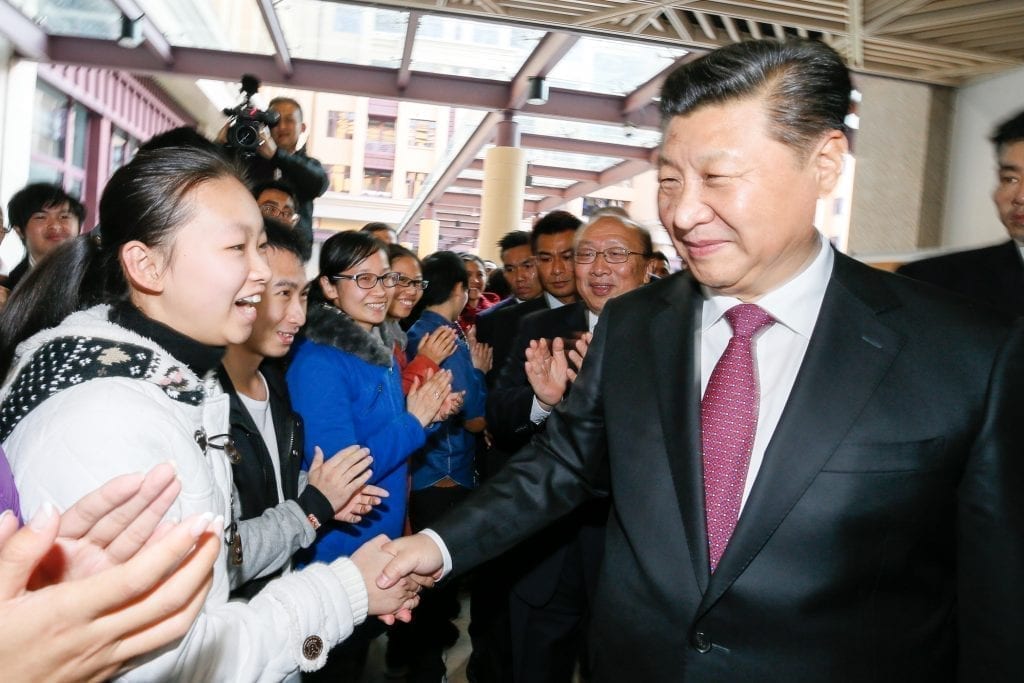 Encouraging Students to Surpass Their Teachers

“University years are the prime time of our lives,” President Xi said to the students. “Not only should you have a passion for knowledge, but you should also have a sense of responsibility for your country and for the Macao SAR. You should combine ‘knowing’ with ‘practicing’. You should put what you learn into good use, and well prepare yourself morally, intellectually, and professionally so you can make a contribution to the development of the Macao SAR and our country after graduation. Also, you should let the wisdom of the old Chinese saying that ‘Cultivate good moral character in oneself, and peace, order and harmony in every house, every country and the entire world will eventually follow’ guide you onto a right path in your life’s journey.” 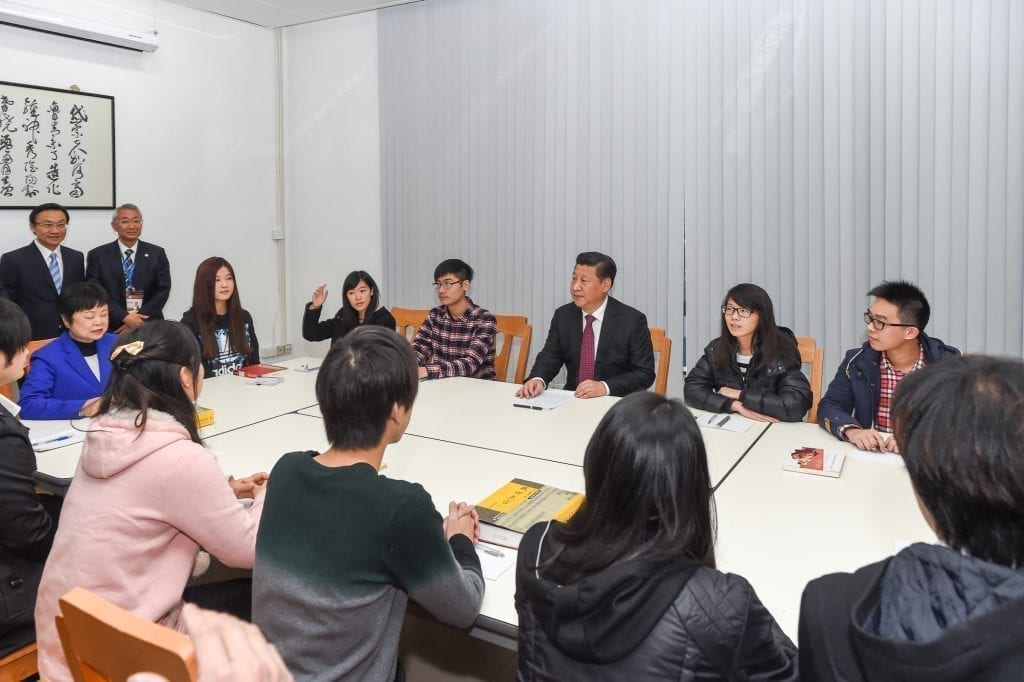 President Xi expressed his hope that UM students will study the history of China and the Chinese people and draw strength from the knowledge, thereby achieving a greater sense of national pride and cultural confidence and exemplifying the inherent good traits of the Chinese people such as strength of character and integrity. He encouraged the students to cherish the prime time of their youth and to create meaningful lives with convictions, dreams, hard work, and selfless service to others. He also encouraged the students to study diligently and strive to surpass their teachers. 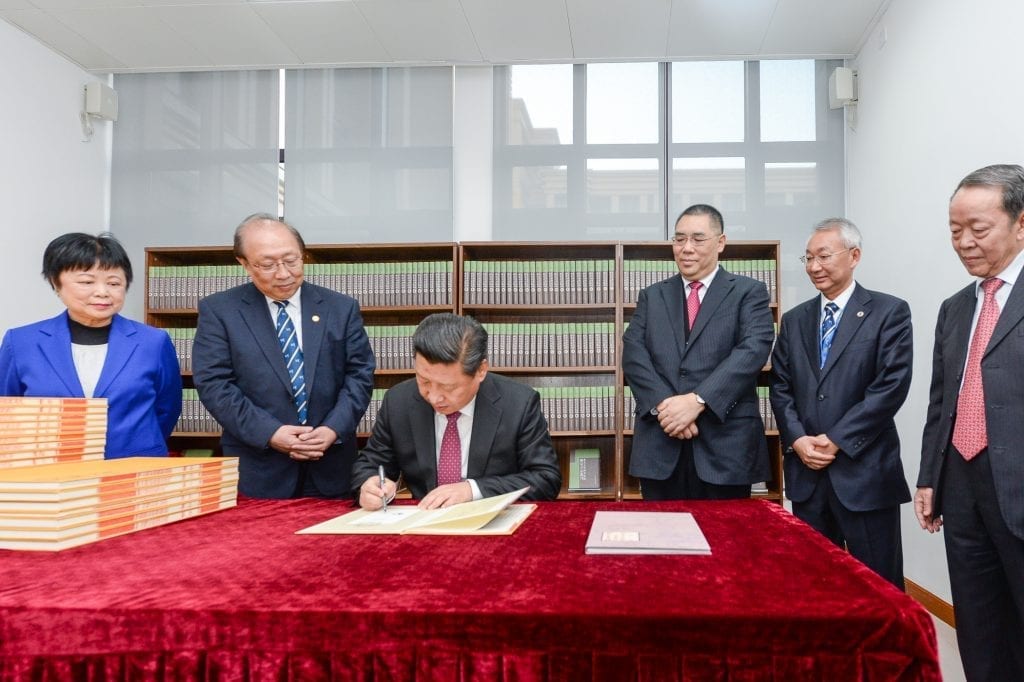 Finally, President Xi presented two sets of gift books to UM, namely Rare Local Chronicle Series Housed in Peking University Library and The Yongle Encyclopedia, and also signed on two separate books introducing the two sets of books. President Xi’s visit to UM lasted more than an hour, and before he left the campus he shook hands with more than 100 excited UM teachers and students who saw him off.