Text│UM Reporter Hazel Wan
Photo│Manuel Reis, with some provided by the interviewee

A force 12 storm churned up the sea. Towering waves tossed the icebreaker 20 metres high. There was only one main propeller engine on the ship, and if it broke down, the ship would sink in less than two hours. The situation grew increasingly dire by the minute. Some of the crew members dressed neatly and took out photographs of their family members to enjoy one last longing look. Rebecca Lee Lok Sze, however, continued to take pictures, impervious to the dangerous surroundings. After a while, she climbed onto the top deck of the ship and went into the communications room to send out the news to the media that the ship was in danger of sinking…

This incident occurred in 1991, when China’s Antarctic expedition team was caught in a massive storm on a return trip from the South Pole. It is difficult to reconcile the image of Rebecca, a thin woman in her 70s who wears her hair in a bob and exudes an aura of calm and peace, with the “Queen of Ice and Snow,” the first female explorer from Hong Kong to have visited all three extreme locations on Earth – the South Pole, the North Pole, and Mount Everest. She has made 18 visits to the South Pole and the North Pole and four visits to the Mount Everest region, the highest point on Earth. On 10 September 2014, Lee visited the University of Macau (UM) to give a distinguished lecture as an alumna. In the long-awaited lecture, she shared her experiences at the “Three Poles” and how these experiences changed her outlook on life. 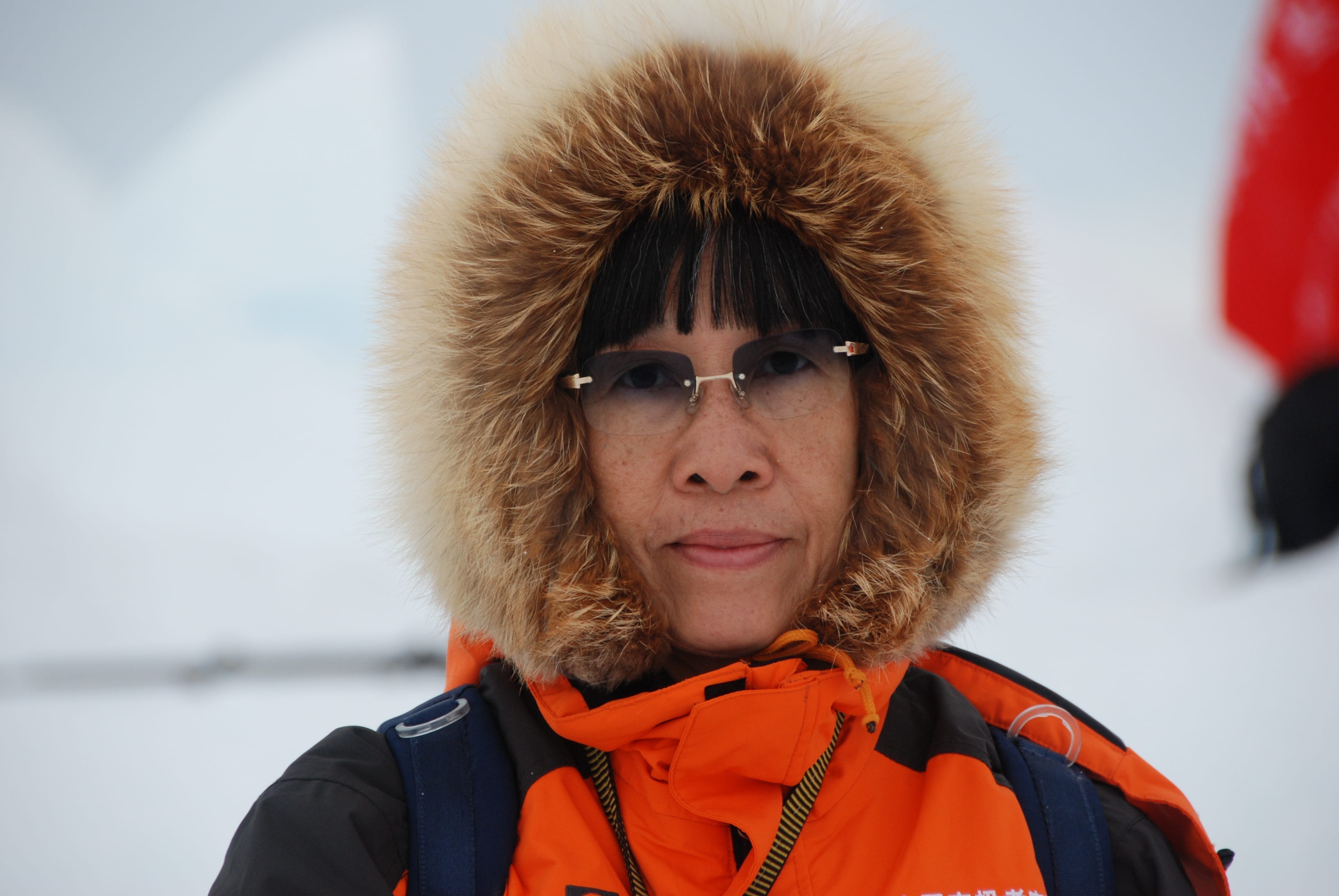 “The Queen of Ice and Snow” Rebecca Lee Lok Sze

Backpacking around the World with a Paintbrush

“When I was a little girl, I dreamt of travelling around the world,” says Lee. “I liked to turn the globe and watch the latitude and longitude lines spinning.” When she grew up, Lee packed a backpack and left her hometown for Hong Kong, and from there she went on to travel to virtually every corner of the world.

“At that time I found maps beautiful and fascinating, so in the 1970s I started travelling alone,” says Lee. “I first visited Taiwan and stayed there for two weeks. I didn’t speak Putonghua, so that was the first time I learned how to enjoy a journey which was purely about sight-seeing and experiencing local culture and customs.” On that trip, she saw scenery as beautiful as Chinese landscape paintings, so when she continued to travel to more places, she would paint Chinese paintings and sell them for ten US dollars each to earn extra money when she was short on cash.

Lee was not particularly strong when she was young, and was apt to feel dizzy when riding on a bus or boat. To realise her dream of travelling around the world, she began to practice different kinds of sports, including running and swimming, even participating in swimming competitions held at the Victoria Harbour, in order to improve her fitness. She divides her life into several 20-year periods. The first 20 years she spent laying a solid foundation, while the second 20 years was devoted to realising her dream of travelling around the world. Lee is a firm believer in the old Chinese saying, “Everyone has been given a talent for a purpose.” She encourages young people to be diligent and persistent and to never give up pursuing their dreams. 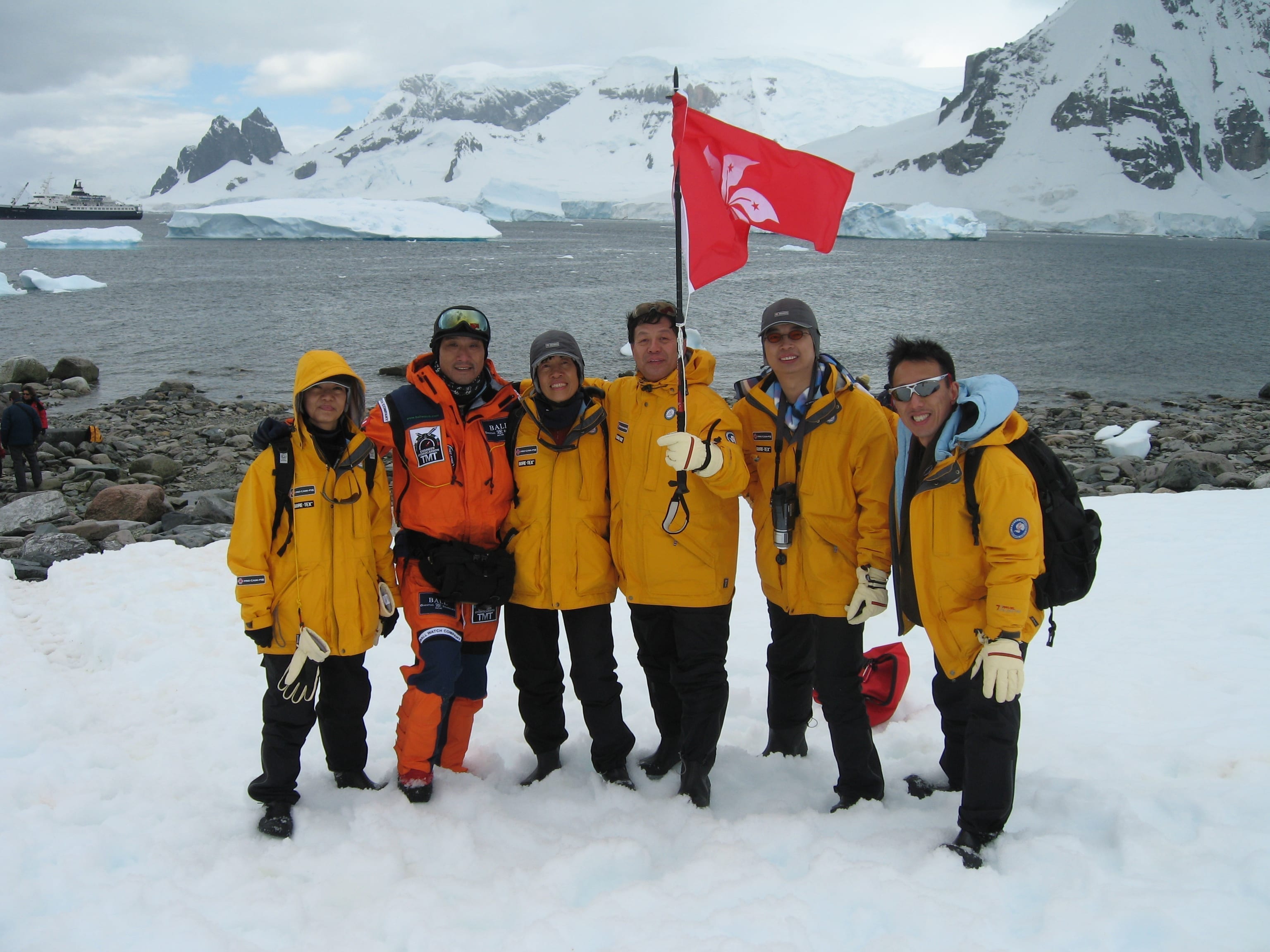 Presenting Science through the Language of Art

“Art is what I love the most,” says Lee. She has worked as a graphic designer, photographer, writer, and now, a polar explorer. But “artist” has always been her favorite role, and throughout the years she has never stopped painting—she believes images and words are necessary in scientific pursuits.

In 1985, the advertising company Lee founded was commissioned to organise an exhibition of the findings of China’s Antarctic expedition team. She herself took charge of the project, and within one month her company accomplished the task and produced a photo album. Intrigued by the scenery captured in the photos, Lee decided to give up her longtime successful career in advertising and join China’s Antarctic expedition team. Recalling her first visit to China’s Great Wall Station in the South Pole, she joked that members of the expedition team were very disappointed to find out that she was the rumoured “Miss Hong Kong”.

“Words, music, photos…these require a lot of thought before they can be presented to the public,” Lee says. “For instance, the choice of words, the selection of photos, the lengths of the videos, and the way music complements the words and images not only require market research, but require a good understanding of human psychology and a clear idea of who your target audience is. More often than not, words and images have to hit the nail on the head.” Over the years she has worked tirelessly to promote scientific knowledge and public awareness of the three poles through the language of art.

Training the Next Generation in Promoting Environmental Protection

Lee graduated from UM’s Department of Literature and History in 1987. Looking back on those years at UM, she still remembers the good academic atmosphere, the beautiful campus, and the close rapport between teachers and students, which were an important influence on her personal growth. She also believes that general education has a positive influence on students’ personal development. “General education is very important,” she says. “It’s not enough to specialise in just one area—that would be too boring. Perhaps that would work 40 or 50 years ago, but we now live in a world that needs generalists who know how to apply knowledge in a more flexible way. For instance, a person whose area of expertise is politics must also know something about world history and local history. When we go on an expedition, we need to have some astronomical, geographical and nautical knowledge.” Now in her 70s, Lee gives approximately 100 lectures every year in Hong Kong, Macao, and mainland China. 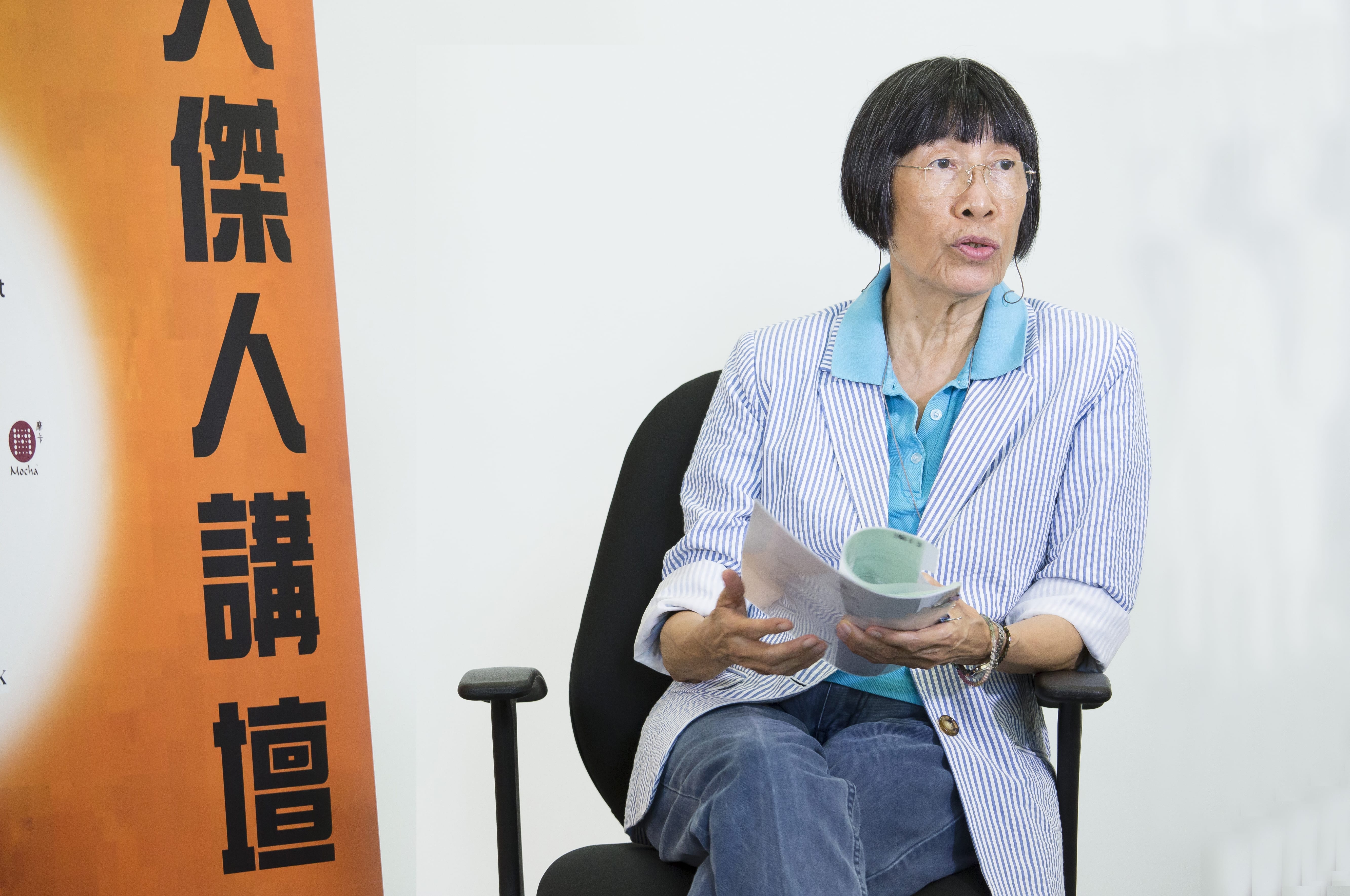 After seeing firsthand the heartrending plight of starving polar bears who have lost their natural habitat in the North Pole, Lee was determined to promote environmental protection and to draw people’s attention to pressing issues concerning water resource, food crops, and climate change. “Only human beings are capable of understanding and protecting the Earth,” Lee says. She advocates sustainable development and environmental protection for the next generation. She is very impressed with those small museums in Macao, and she hopes Macao can have more nature reserves and make good use of the limited space to create a more hospitable environment for its residents.